Rodney Smith Jr. has been crisscrossing the country with his lawn mower for the last few years, helping veterans one stop at a time. 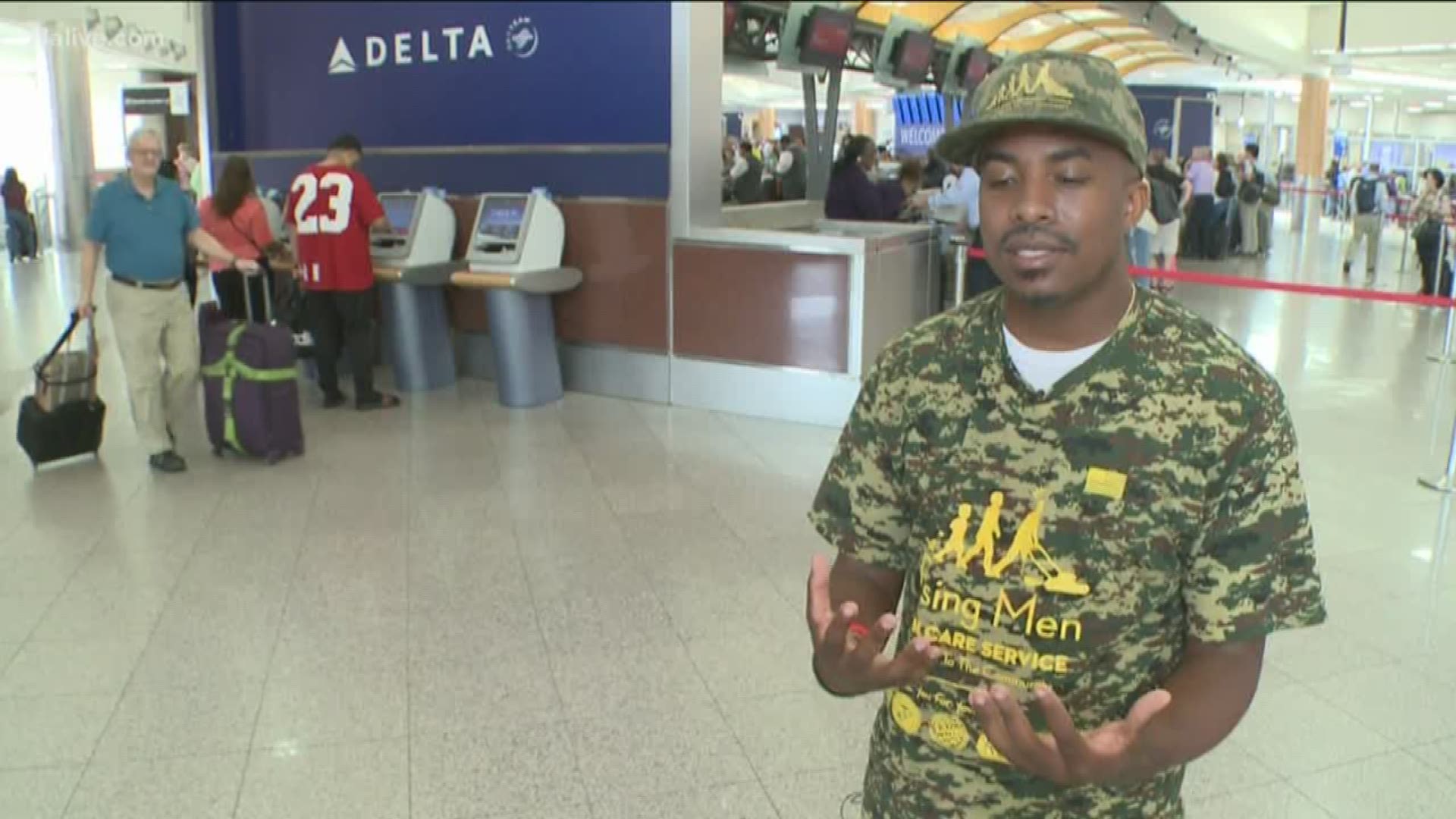 For the past few years, Rodney Smith Jr. has been mowing lawns across America - a Forrest Gump-ian journey that started on a whim one day when he helped an old man cut his grass. It evolved into a tribute to veterans.

He’s now two states away from mowing at least one veteran's lawn all 50, and he’s got a big Atlanta company behind his back making sure he gets there.

The 29-year-old wasn’t born with a passion for mowing, he told 11Alive. It’s something that came to him.

"When I was younger I didn't like to mow lawns, but now, God took something that I disliked and turned it into something that now I love to do,” Smith said. “And I'm doing it every single day. I just love mowing lawns."

RELATED: Gainesville firefighters clean up yard of WWII vet who couldn't do it himself

His missionary work through mowing began in college.

“I came across an elderly man outside mowing his lawn and it looked like he was struggling. That is when I pulled over and helped him out,” Smith said. “That night, I decided I would start mowing free lawns for the elderly, single moms and veterans."

As he started cutting lawns, he found cutting a veteran's lawn had the greatest impact, both on the homeowner and himself.

"A lot of them haven't heard that real 'thank you for your service,' especially the ones that went to Vietnam, because when they came back they didn't get that real appreciation that they should have received," Smith explained.

At each stop he makes, Smith takes time to talk with the veterans and listen to their military stories.

"They tell me these stories, and I feel like a little kid just being told a story,” he said. ”It is just amazing to hear their stories."

Smith has now crisscrossed the country on his "Thank You For Your Service" tour, appearing in the media, gaining a social media following and turning into a sort of folk hero.

He’s cut several lawns in each state except, so far, Hawaii and Alaska.

Now he’s set to check those final boxes, in part, thanks to Delta.

"Delta reached out to me on Twitter and said they would like to help me out, get to my last two places and I've really appreciated it,” he said. “Because it isn't cheap going to Alaska and Hawaii."

Delta said it wanted to play a part in spreading Smith’s impact.

“We learned about Rodney and his mission through social media and a hometown employee familiar with his story,” the company told 11Alive in a statement. “Delta has long been committed to supporting the military and giving back to the communities in which we live and work. We were encouraged by Rodney’s mission to serve those who’ve served, while inspiring others to the same.”

Even though he didn't enjoy cutting lawns himself as a child, he’s now inspiring children to volunteer in their communities with the “50-yard Challenge.” He wants to see kids commit to mowing 50 yards in their own communities. He said 40 kids in the U.S. have already completed the challenge, with another 400 working on it.

It’s also global, with a handful participating in Canada, Bermuda, Australia and Germany.

Smith hopes he can continue to inspire more people to volunteer as he finishes his tour to help veterans.

"I asked God to use me as a vessel, and this is where he got me to right now and everything is because of him,” he said.