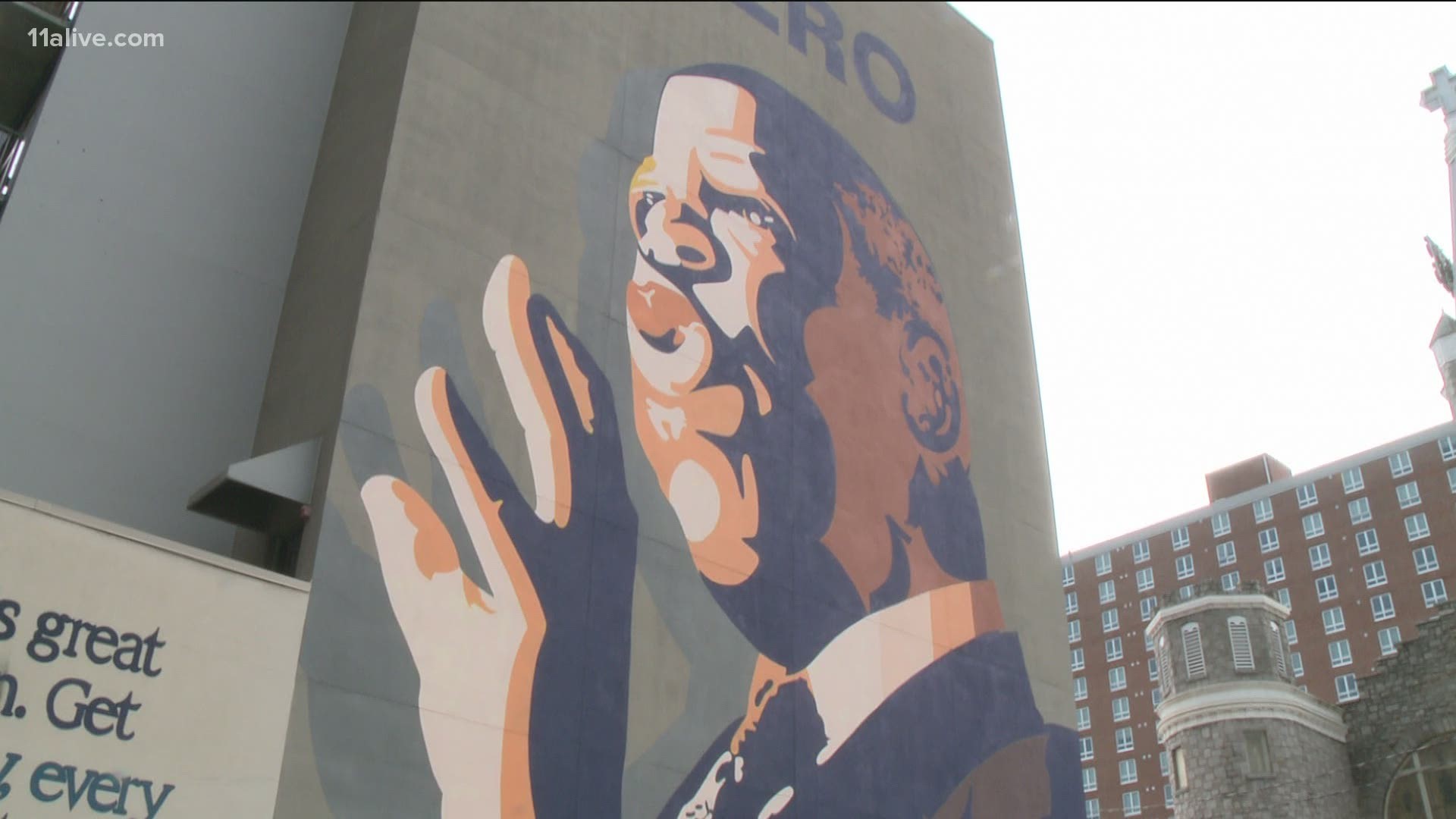 ATLANTA — People in Atlanta continue to honor John Lewis – many of them at a mural in downtown which has become a gathering spot for mourners from all over metro Atlanta.

He considers himself lucky to have someone he looked up to who would eventually be his mentor.

“What he did for everyone - not just, you know, Blacks – just everyone,” he said. “He was a man of just the people.

For decades, Lewis inspired Moses so much that it even poured over to his son Malcolm Robinson who grew to love Lewis the same way.

“I built a star connection with him that made me call him ‘Uncle John’,” Malcolm said.

He said he’s especially appreciative of the way John Lewis took the time to include different generations.

1 / 17
Stephen BoissyWXIA
Memorials line the ground below Atlanta's most prominent tribute to Rep. John Lewis - a massive mural on the side of a midrise building.

Toy Brown, who also came downtown to pay his respects, on Saturday, said he believes what Congressman Lewis has done over the years and his legacy will continue through young people who've been inspired by his past.

“Well, God rest John. John's gone; so, it's up to the kids of the world - not only the United States but the world - to pick up that torch, learn from his legacy and carry it on,” he said. “You know, for future generations to come.”

Toy's wife, Roxanne said she'll join in on that mission, as well.

“For me, right now, it's just a big message to say that I have to pick up the baton,” she said.

And that's when he wants to show his son Malcolm that, even at just 15 years old, it's never too early to look at Lewis’ life's work and use the past lessons to fight for future change.

“I wanted him to pay his respect,” he said. “'I’m always teaching him history.”