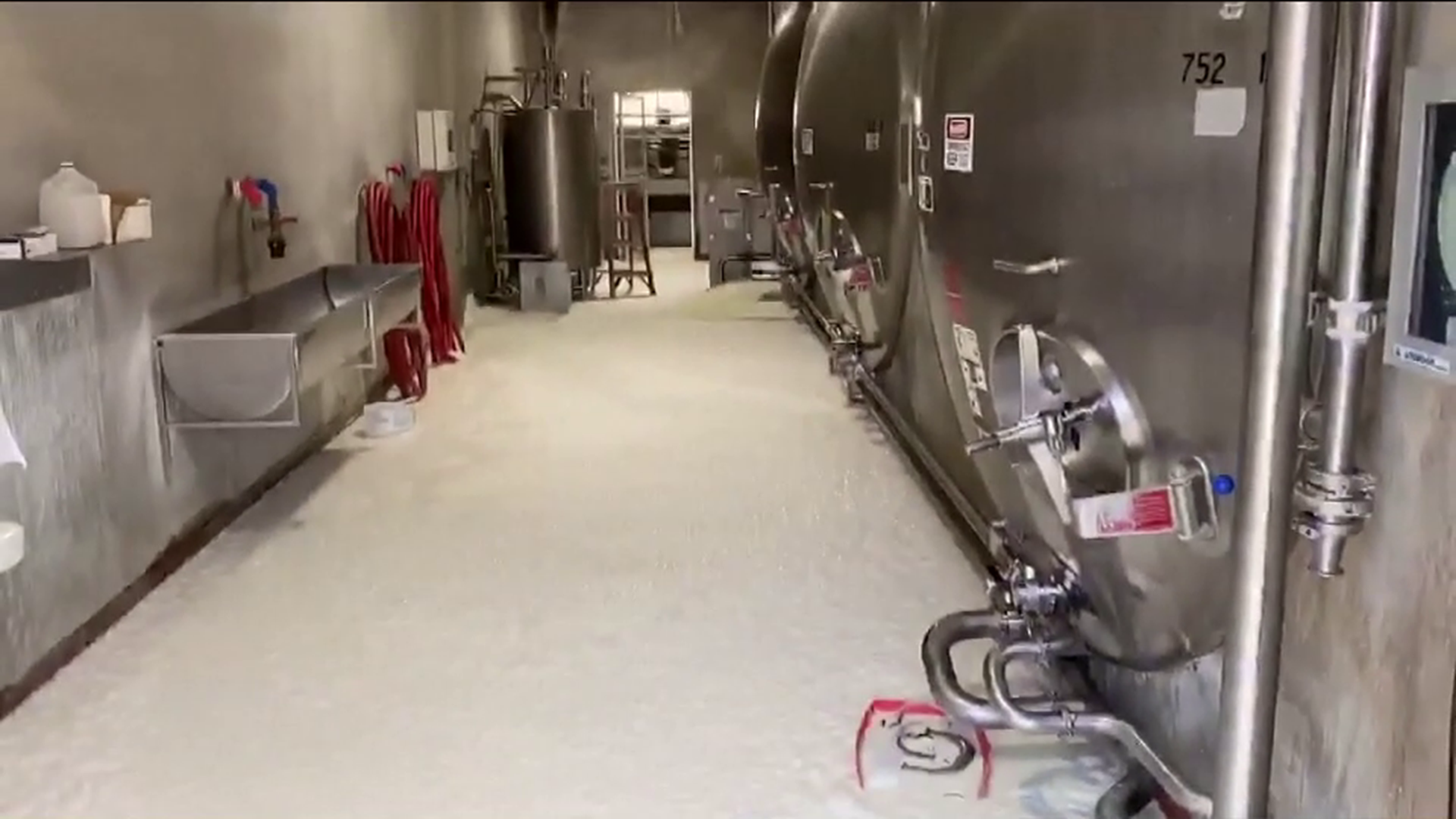 ATLANTA — Shocking numbers are now reflecting the toll the coronavirus is taking on one of Georgia's most important sectors - agriculture.

Hit hard by restaurant closings and school shutdowns, Georgia's 130 dairy farmers are watching as milk tankers, each filled with 6,000 gallons of milk and no place to go, are getting dumped.

Last week alone, 70 tankers left Georgia farms and emptied more than 420,000 gallons of milk, with the Georgia Milk Producers Association estimating a loss of a staggering $700,000.

“Yes, it’s already happening and it's tragic and I won't say its 50 percent but it is substantial, and our dairy farmers are taking it on the chin,” he said.

With many food services closed, the Georgia Fruit and Vegetable Growers Association said losses could approach $400 million before the coronavirus subsides.

But Commissioner Black said he does see a way out.

“We can get the product picked. We can get it harvested and packed and I believe the logistics chain is strong enough to get it to market," Black said. "What we need now more than ever is a strong partnership between Georgia consumers buying Georgia grown products.”

At the top of the list are alternative ways for Georgia farmers to market their locally grown produce.

“Having to be creative now with produce boxes and curbside service; having greater focus on even smaller farmers' markets; all will be part of the ways of answering the challenge,” Black said.

Also in the works are plans to sell produce to rural hospital buying groups now being formed and plans to get fresh Georgia produce to food banks and shelters.

Commissioner Black said his department is now launching a major promotional campaign on social media and other outlets focusing on getting consumers to buy Georgia grown produce.

Possible movement in standoff over more funding for small businesses

Hundreds show up at Atlanta Motor Speedway to get food