Georgia Democrats claim Walker functioned as a US Senate candidate before he filed this week. 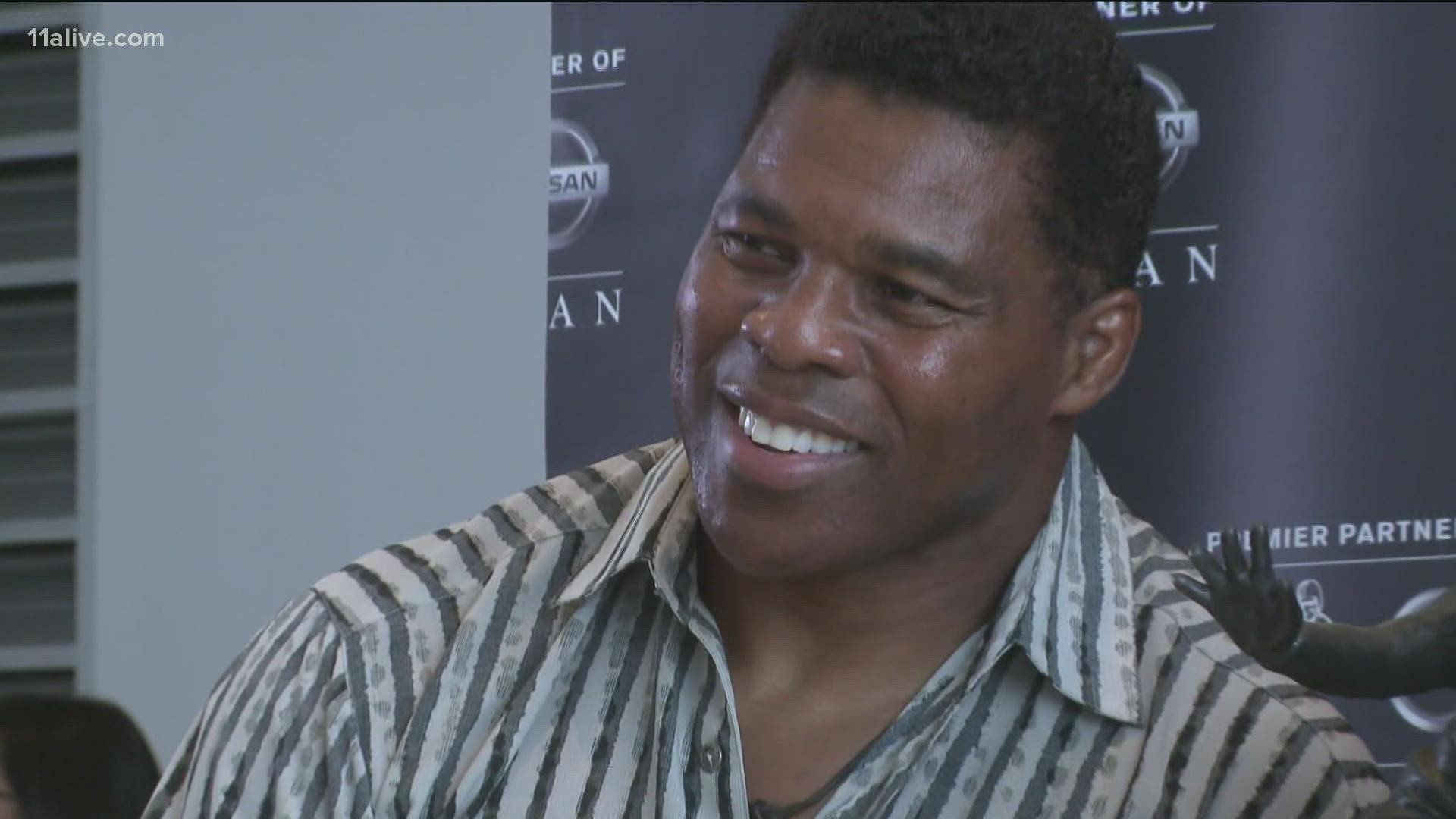 ATLANTA — Democrats have filed a complaint against Republican U.S. Senate hopeful Herschel Walker. The complaint alleges Walker violated the law by spending money as a political candidate before filing required paperwork declaring his candidacy interest in the race.

Federal law requires candidates to file paperwork with the Federal Election Commission while “testing the water” of candidacy if they’re spending $5,000 or more.

Walker, a star football player at UGA in the 1980s, had hinted at his interest in the Senate race in Georgia multiple times over the summer.

He told Fox News repeatedly he was considering it, and he tweeted a video saying he had “Georgia on my mind,” though his primary residence was in a suburb of Dallas, Texas. Former President Donald Trump also told a conservative radio host that Walker “told me he’s going to (run), and I think he will.”

The complaint says Fox News reported July 7 that Walker “’has begun to build the beginnings of his campaign,’ reaching out to political advisers and aides.” Walker filed his statement of candidacy with the FEC August 24.

The complaint speculates Walker spent more than the $5,000 allowed for an unannounced candidate prior to his official filing. It notes that he had hired staff and launched a web site within a day of filing.

It asks the FEC to investigate and, if Walker is found in violation, to fine him “the maximum amount permitted by law.”

The complaint "has merit," says an attorney who has done campaign finance work on behalf of candidates in both parties.  "It looks like what (Walker) was doing was teasing things along in order to have a big reveal. And that’s all nice and cute," said Marc Hershovitz. "But what he’s doing is, he’s breaking the law."

A Walker spokeswoman says the complaint shows Democrats are afraid of Walker, who would face Raphael Warnock if he wins the GOP primary.

“Clearly, Herschel Walker has made Democrats very nervous. This is a frivolous ploy by a party that has seen their own internal polling," wrote Walker's spokeswoman, Mallory Blount, in an email to 11Alive News.

Hershovitz said the political impact will be negligible, the complaint likely forgotten by voters deciding the US Senate race next year.