The U.S. Attorney says the 28-year-old man forced teens to engage in prostitution through force, fraud and coercion. 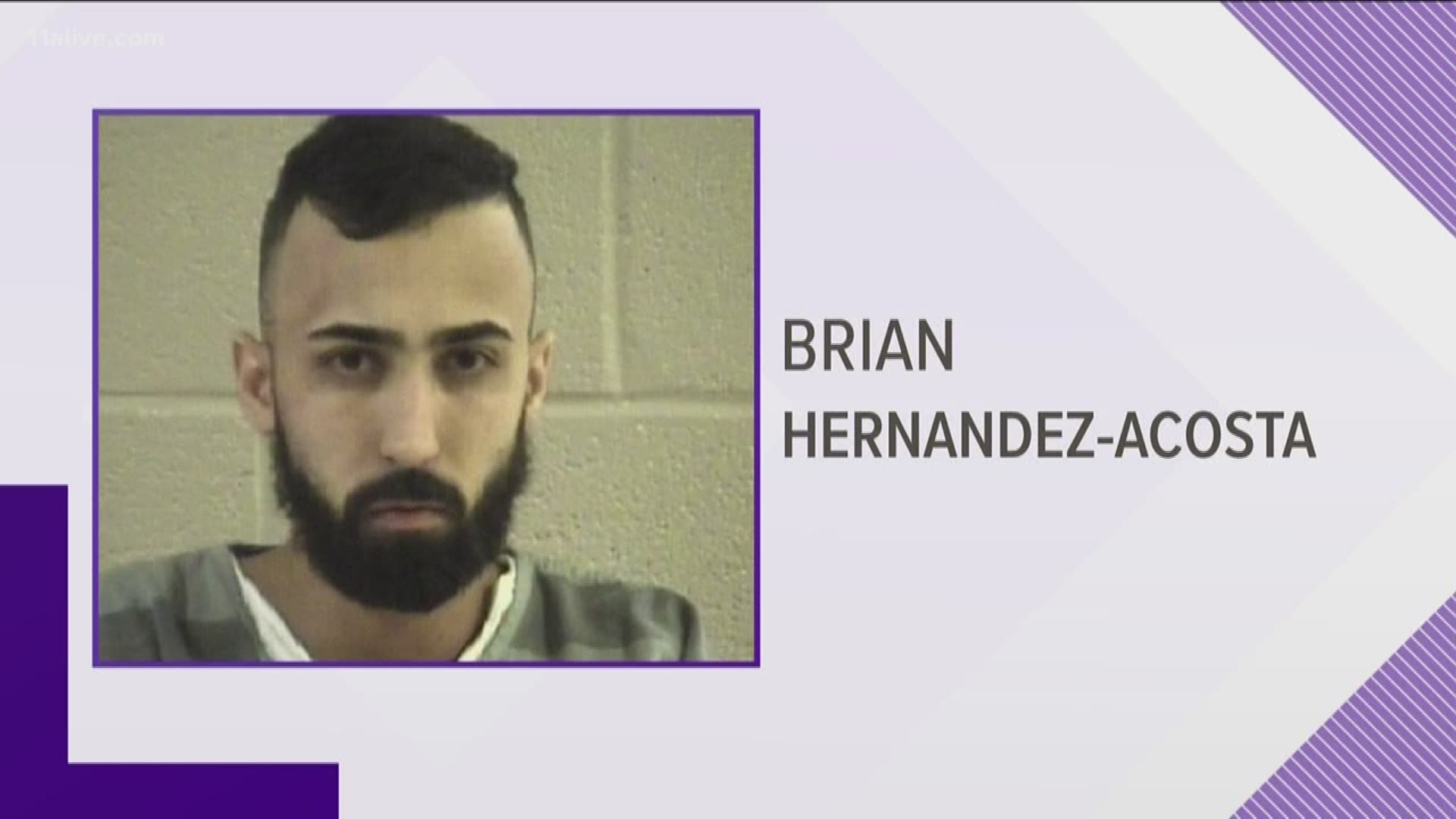 According to Pak, 28-year-old Brian Hernandez Acosta conspired for the purposes of trafficking minor girls for commercial sex across North Georgia.

"The defendant produced child pornography and pursued a full range of child exploitation methods,” Pak said. “The scheme, in this case, is especially egregious because they coerced their child victims into engaging in sexual activity in some instances through the use of alcohol and cocaine.  We are hopeful that Hernandez Acosta’s guilty plea will encourage more victims to contact law enforcement.”

Pak said that beginning in November 2015 and continuing until December 2016, Hernandez Acosta and other defendants allegedly caused at least six girls between the ages of 16 and 17 to engage in prostitution through the use of force, fraud, and coercion.

After pursuing some of the girls on Facebook and Snapchat, Pak said that Hernandez Acosta posted provocative photos of them in the adult entertainment and escort sections of Backpage.com, a classified advertisement website. Backpage.com was seized by the Department of Justice in April 2018.

According to Pak, Hernandez Acosta used the Backpage ads to solicit men to engage in sex with the minors for money. The ads used fake names for the minors and falsely listed their ages as being between 19 and 21. Pak said that Hernandez Acosta would require the young girls to engage in sex acts with multiple men each night while keeping a large part of the money they earned for the acts.

Pak said that between July and December 2016, two of Hernandez Acosta's co-defendants Anthony Joseph Lawhon and Brandi Rice Stumpe, allegedly hosted sex parties at their residence in Canton, where they engaged in sex acts with minor girls or young women while plying them with alcohol and cocaine. Images of some of this conduct was recovered by investigators from Hernandez Acosta's cellphone, according to Pak.

Lawhon allegedly paid Hernandez Acosta thousands of dollars in exchange for commercial sex and cocaine. Investigators are continuing to work to identify other girls and young women who were allegedly victimized in this child exploitation scheme, Pak said.

“This defendant and his friends preyed upon vulnerable teens, and in a scheme of cruelty and brutality coerced his victims to sell their bodies for his own gratification and profit,” said Chris Hacker, Special Agent in Charge of FBI Atlanta. “The FBI has zero tolerance for the sex trafficking of children and will continue to work with law enforcement partners to ensure justice is served for the victims.”

Jaime Adam Riano pleaded guilty on November 17, 2017, to sex trafficking children under 18 years old.“I am very pleased that members of the Dalton Police Department were able to assist with this case.  The hard work and efforts by the FBI and the task force members really paid off.  Their efforts have helped to dismantle a group that was sexually exploiting minors,” said Dalton Police Chief Cliff Cason.

The case is being investigated by the FBI together with the Dalton Police Department. The U.S. Immigration and Customs Enforcement's Homeland Security Investigations, the Georgia Bureau of Investigation and the Murray County Sheriff's Office also provided assistance.

The case is part of Project Safe Childhood, which is a nationwide initiative designed to protect children from online exploitation and abuse.