Police have also identified the Atlanta woman killed in the crash. 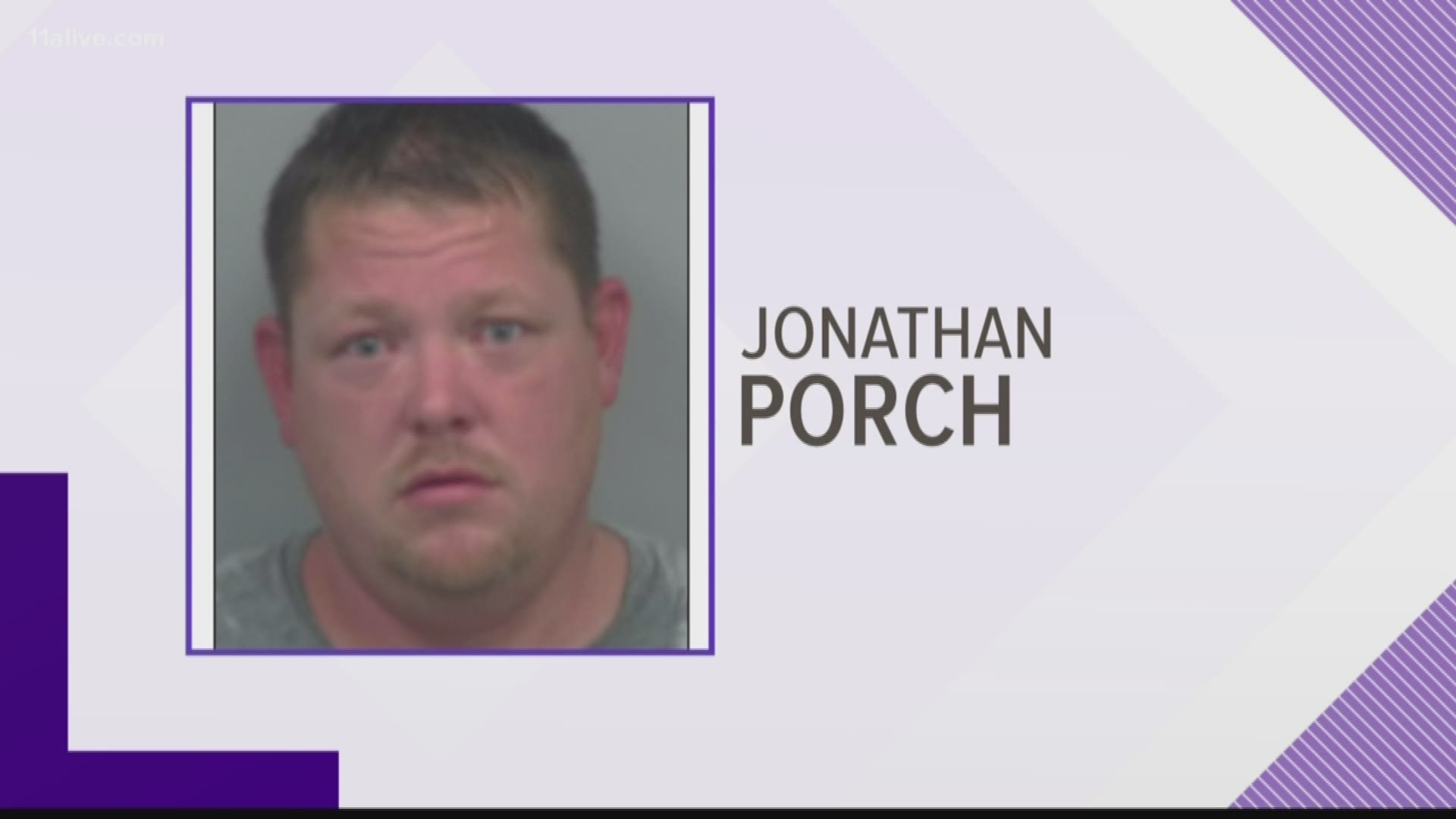 ATLANTA — The driver who claimed to have been escaping gunfire when he crashed into another car, killing the woman inside, has been identified - and is facing new charges.

Gwinnett Police said on Friday that 41-year-old Jonathan Porch of Braselton was charged with reckless driving, failure to obey a traffic control device, operating a vehicle without a license in his possession and possession of a Schedule IV controlled substance in addition to the first-degree vehicular homicide charge from the previous day.

Police responded just before 1 p.m. on Thursday to the corner of Winters Chapel Road and Peachtree Industrial Boulevard in reference to a deadly crash. They later learned from the driver accused of causing the accident, Porch, that he was allegedly fired upon by someone in a black SUV after an argument at another location.

The crash, which happened after Porch ran a red light, killed the driver of a white Volvo. That driver has since been identified as 63-year-old Patricia Meeks Padgett of Atlanta. Police said she died at the scene.

Police said a child who was in the car with Porch at the time of the crash, a five-month-old child, has been turned over to the Georgia Division of Family and Children Services.

The woman Porch said he was giving a ride to, according to police, escaped the wreck and they still haven't found her. They're also looking for the black SUV and whoever allegedly opened fire from it - setting off the chain reaction that ultimately ended in a deadly wreck.

At this time, the gunfire and the deadly wreck are being investigated as separate incidents. Anyone with information on either of them is asked to call Crime Stoppers at 404-577-8477 (TIPS).