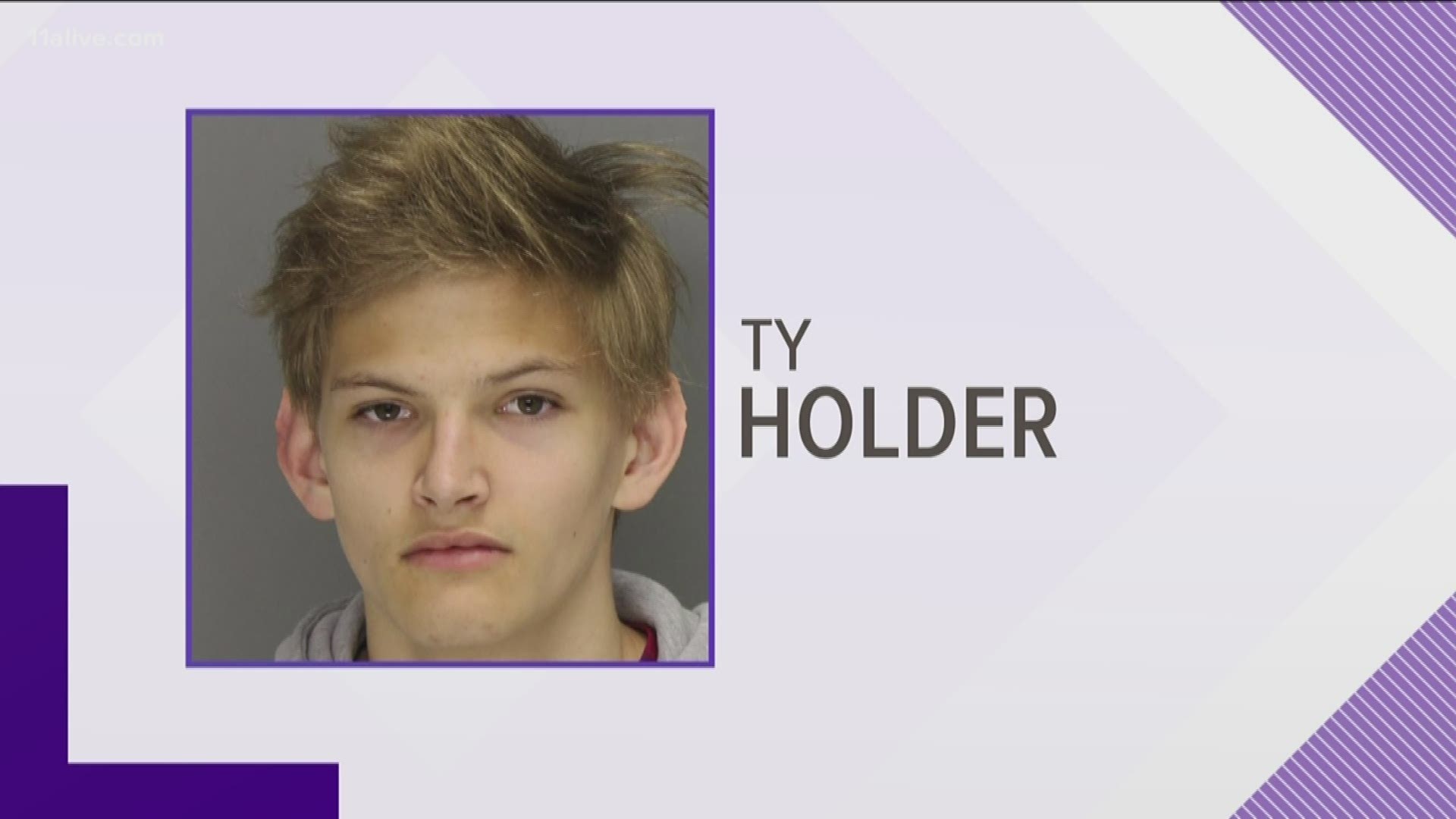 COBB COUNTY, Ga. — An arrest warrant details how a Walton High School student allegedly came to school “highly intoxicated,” kicked an assistant principal in the groin, kicked and spit on a school resource officer, and threatened to “get a gun and come back and kill everyone” in an incident that has the 17-year-old facing two felony charges.

Ty Holder faces felony charges of making terroristic threats and battery with visible harm to a teacher, along with additional charges, after the alleged alcohol-fueled tantrum last Tuesday.

According to the warrant, Holder was drinking alcohol out of a water bottle in his second-period class. He blew a .216 blood-alcohol level, the warrant says, almost three times the legal limit.

Holder allegedly kicked the assistant principal in the groin while he tried to discipline the student. The administrator sought medical treatment due to the pain afterward, the warrant says.

The school resource officer who restrained Holder also wrote in the warrant that he “did kick myself several times” and “also spit on me several times, along with numerous other persons that were present.”

As Holder was being restrained, the warrant says, he threatened both the assistant principal and the resource officer “numerous times” and “made several specific threats to get a gun and come back to school” to kill the two of them.

The warrant says Holder specifically stated: “When I get out, I’m going to get a gun and come back and kill everyone!”

According to Cobb County jail records, Holder was arrested on Saturday and released on a more than $11,000 bond Monday night.

In addition to the two felonies, Holder faces three other misdemeanor charges.

In addition to locking exterior doors during school hours and having an anonymous tip line called SafeSchools Alert, the principal touted a system called AlertPoint, which she described as “a state-of-the-art technology that will connect Walton students and staff with local emergency services in a way that could only be dreamed of in the past.”

“Helping students succeed is our first priority, but we can only accomplish this mission if our schools are safe, our students are confident, and our teachers are able to focus on teacher,” Mallanda said in the letter. “I am confident we are doing everything possible to keep your student safe.”

Mom under the influence drove wrong way down road with open container and infant son in backseat: Warrant