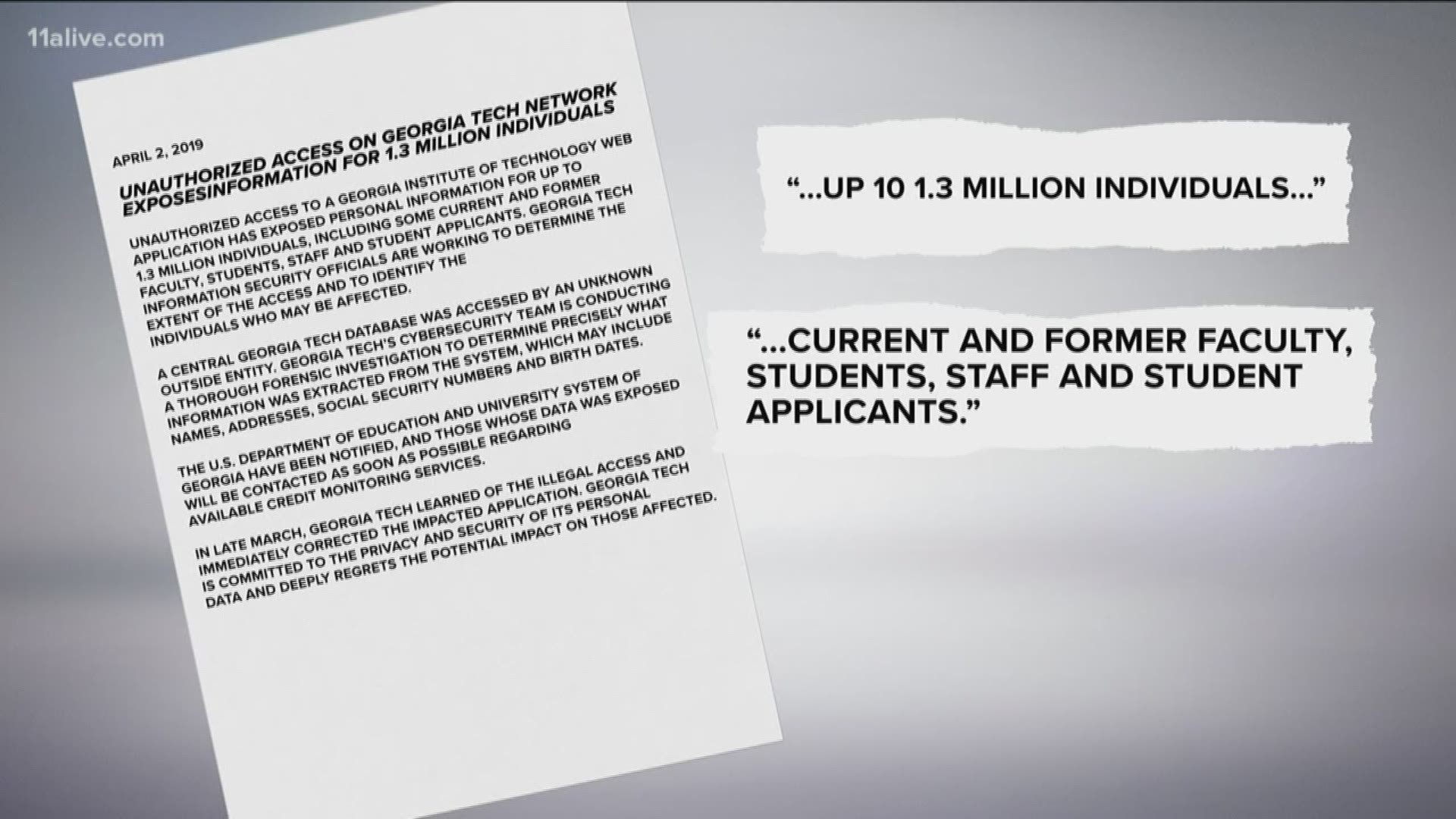 ATLANTA — A data breach at Georgia Tech has exposed personal information of up to 1.3 million people, according to the institute. Those affected include current and former faculty, students, staff and student applicants.

According to the university, a central Georgia Tech database was accessed by an unknown person and information security officials are working now to determine the extent of the breach and identify those people who were affected. The school’s cybersecurity team has started a forensic investigation to determine what was accessed – which may include names, addresses, social security numbers and birth dates.

Both the U.S. Department of Education and University System of Georgia have been notified. The institute will also contact those who were affected by the breach “as soon as possible” to offer credit monitoring services.

The school learned about the hack in late March and “immediately” corrected the application, according to a release.