Where do we stand, now that we've reached this symbolic threshold? 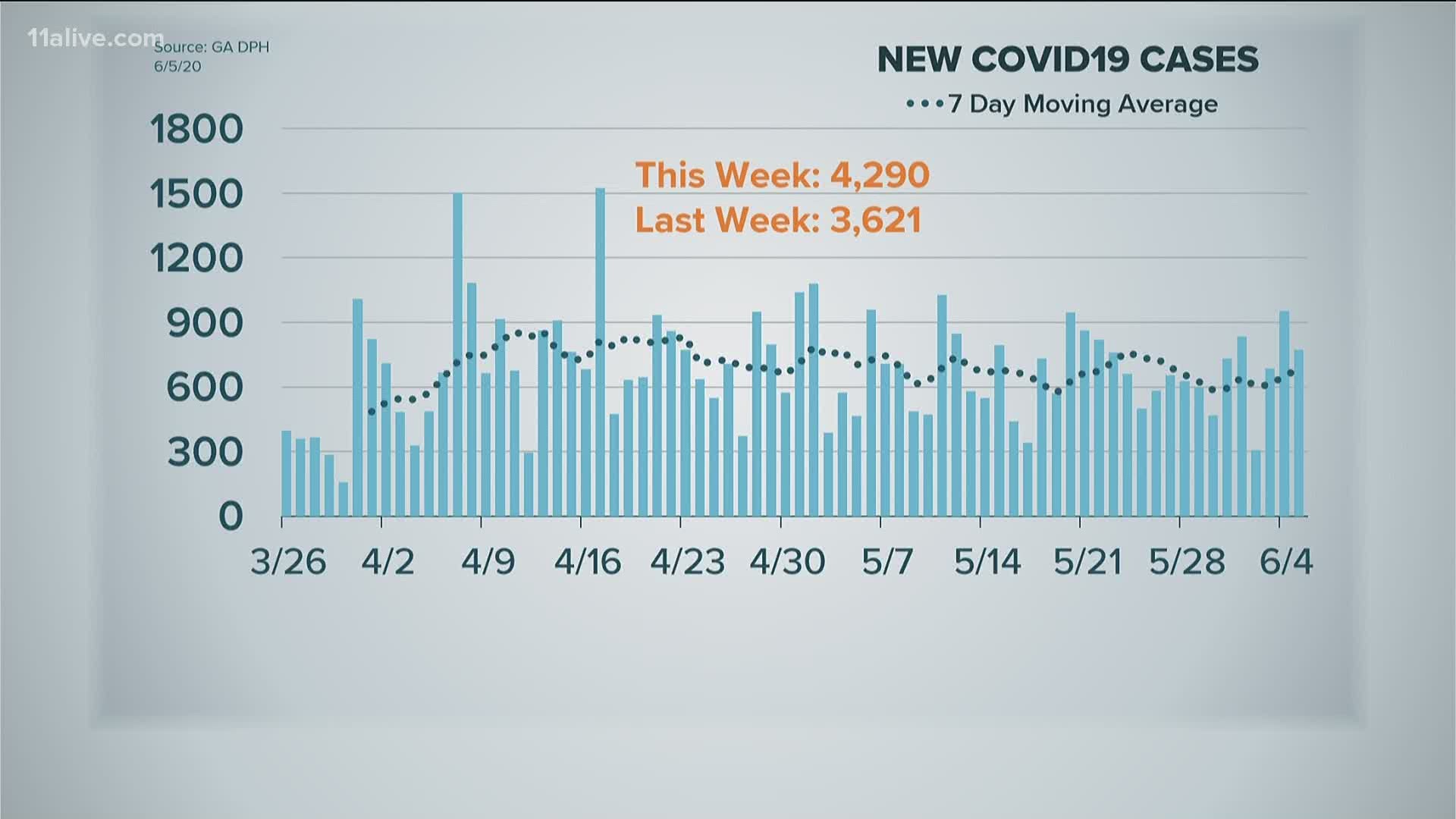 ATLANTA — Georgia surpassed a significant marker on Friday in the long course of the coronavirus pandemic -- 50,000 positive cases.

But does the number mean? Where do we stand, now that we've reached this symbolic threshold?

The short, perhaps unremarkable answer, is we're in the same place we've been for a while, at least according to state data.

There isn't a lot of variance in there. As a chart of new cases reported each day shows, once we reached 10,000 in early April we've ebbed and flowed but mostly stayed within a fairly consistent two-week running average of daily new cases.

Bringing that down to a 7-day running average would show you wilder short-term swings, but it wouldn't materially change the overall pattern.

Why are things remaining so consistent in terms of case growth? There could be a number of explanations - case growth is kind of a fickle measurement, and can change on how many tests you do or even who or where you test.

In this case, at least according to state data, it appears that we had a certain rate of case growth earlier on that we now continue to mirror thanks to increased testing.

The percent of positive tests is a difficult number to map out over time, because there is a gap when we know the state began adding antibody tests to its overall count on April 16 and when they began showing us the exact breakdown of those two testing numbers on May 27.

Still, before April 16 reached as high as 26 percent, and was often in the low 20s in the early part of the month. Now the viral PCR/molecular testing positive percentage is about 9.

That, at least, suggests the coronavirus spread was wide enough earlier on that we built a case count mostly on people who were sick and getting tested at the hospital. We're potentially still running a similar case count now because we're testing more and finding more of the people who don't obviously present as a positive case.

With people who are actively hospitalized as COVID-19 patients continuing to slowly decline, it's possible we're starting to find more asymptomatic cases.

It could be that younger and healthier people have ventured out after Georgia reopened and are contributing the most to current spread, while those more susceptible to the worst effects of the illness are still taking greater precautions.

COVID-19 deaths in US on the decline, CDC says