Governor Brian Kemp announced some businesses can start reopening in Georgia as early as Friday. Healthcare workers say they're concerned it's too early. 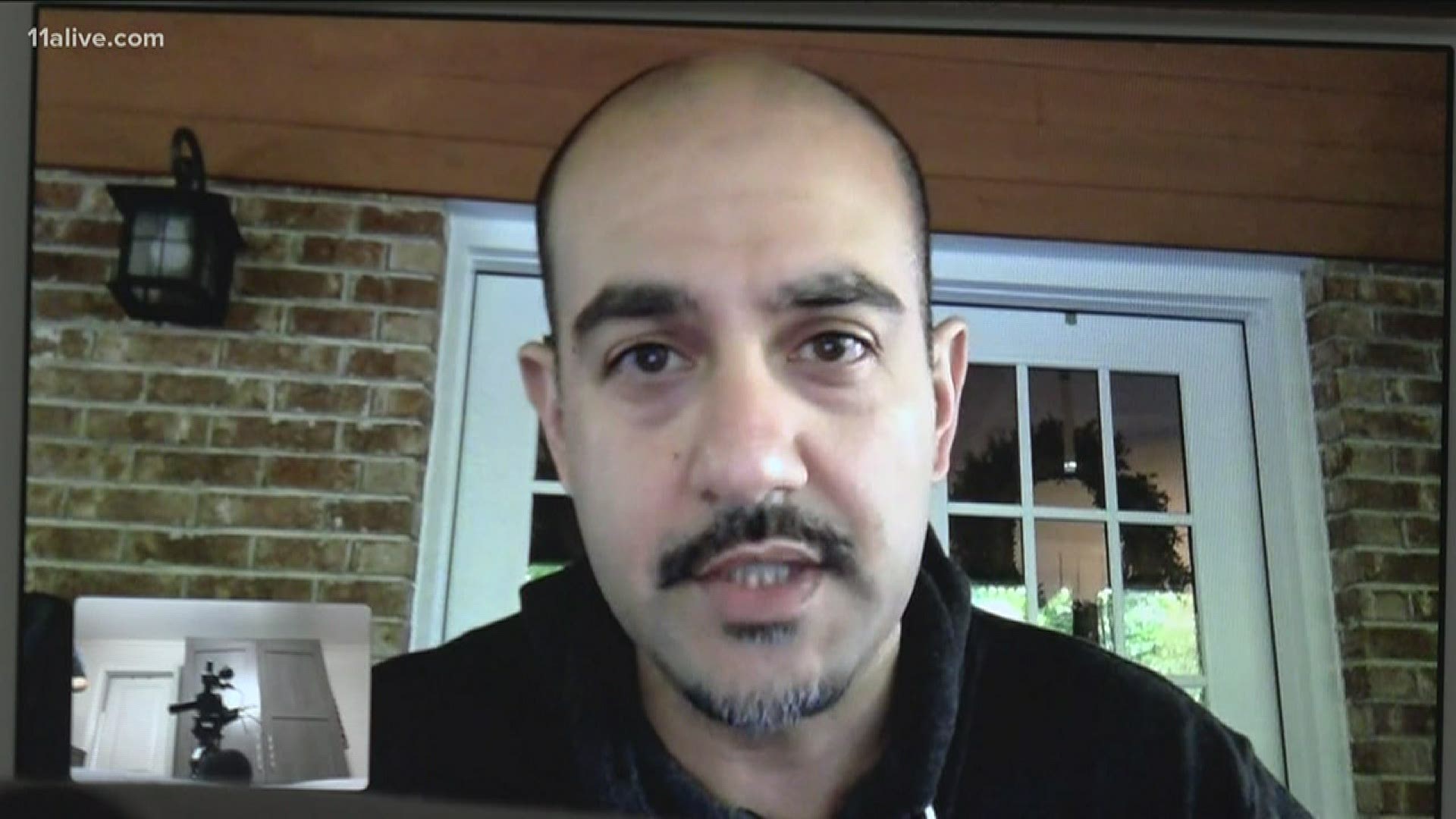 ATLANTA — One emergency room physician says he expects things to get worse after Governor Brian Kemp announced plans to incrementally reopen the state.

11Alive's Kaitlyn Ross talked to him about how healthcare workers are already exhausted and now frustrated by the plan.

"It is essentially a slap in the face of all my nurses, and therapists, and people in the front lines," he said.

Dr. Mehrdod Ehteshami was at work overnight when Gov. Kemp's order to start reopening the state came down.

He said he was shocked to hear the details of the plan.

"The nurses and the physicians and the respiratory therapists, and the cleaning crew, and the people providing us with food ... they have been trying so incredibly hard to serve their community, without the support of the powers that be ... just so that they could have the rug taken out underneath them," he said.

He says he understands the economic impact of the shutdown has been incredibly difficult for many people but he thinks it was at least keeping them safe.

"The financial aspect of this is not something that's foreign to me. But I can't help you if you're dead," he said.

His own mother is a hairstylist and hair salons are one of the businesses allowed to reopen Friday.

"I am incredibly scared for her. I'm scared that if she won't have a choice to go back ... and she can go back and risk exposing herself," he said.

He also worries that people allowed to go back to work will then expose other people, creating a second wave of the virus.

"They have essentially just prolonged the exposure that my staff is going to have to this disease," he said.

RELATED: The unsung hero of the coronavirus pandemic: respiratory therapists

As an ER doctor, he says he wants to protect everyone he can.

"My patients are the entire community. Every single person I see on the street is my patient and I take [an] incredible amount of pride in that ... so when I speak this, it's not as a republican or democrat, I speak this as somebody who loves my community. And I can tell you that I am very scared for my community," he said.

He says no matter what the state decides, healthcare workers will keep showing up to care for their patients.

Oil prices continue to crumble, stocks around the world drop