While some economists predict a quick rebound, others believe it could be a year, or two, before we see significant job gains. 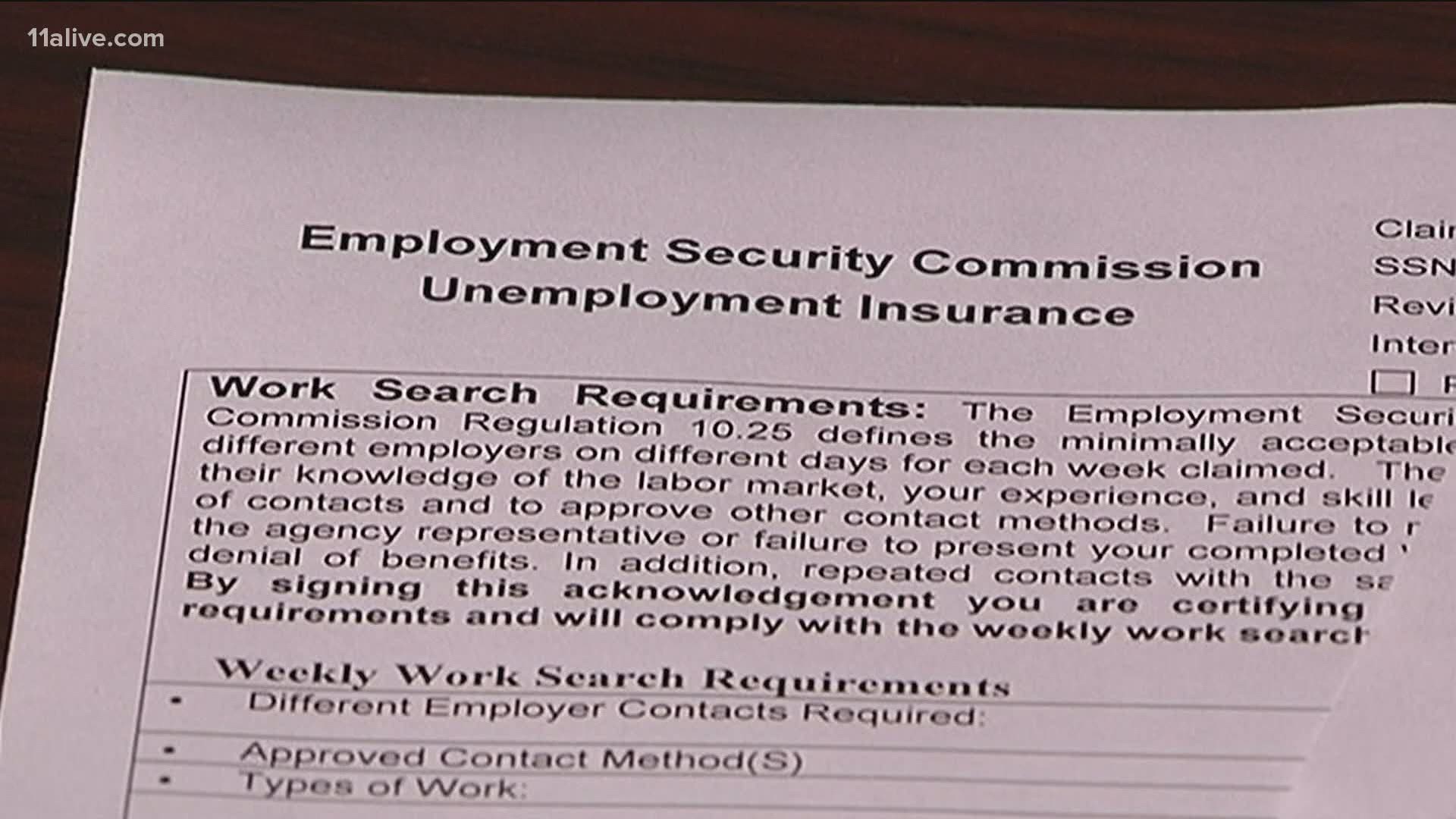 ATLANTA — The unemployment rate in Georgia reached its highest level ever, nearly 12 percent, the Department of Labor reported on Thursday.

Nationally, more than 2.1 million people applied for U.S. unemployment benefits last week in the latest wave of layoffs from the viral outbreak that triggered widespread business shutdowns two months ago and sent the economy into a deep recession.

About 41 million people have now applied for aid since the virus outbreak intensified in March, though not all of them are still unemployed.

The Labor Department’s report includes a count of all the people now receiving unemployment aid, 21 million. That is a rough measure of the number of unemployed Americans.

The national jobless rate was 14.7 percent in April, the highest since the Great Depression, and many economists expect it will near 20 percent in May.

RELATED: Emory Healthcare to cut hours, furlough up to 1,500 employees, faces $660M shortfall due to pandemic

“It’s going to be very interesting to see how quickly we recover vs other states. Quite frankly, I’m going to go out on a limb and expect that we are going to recover faster than most states,” said Commissioner Mark Butler.

But not everyone is so optimistic.

“The shape of the recovery is going to be flatter than we hoped. No V-shaped recovery. Meaning, we’re going to have elevated unemployment for some time to come,” said Mark Hamrick, Sr. Economic Analyst for BankRate.com.

Among the reasons, Hamrick points to a recent BankRate survey that found 43 percent of Americans plan to spend less money than before.

In Georgia, some of the hardest hit industries include hospitality and tourism.

“It’s not expected that we can reach the level of output we had before until next year or the year after that. That means a lot of Americans and businesses are going to be hurting,” Hamrick said.

Meanwhile, the extra $600 a week in unemployment benefits is set to expire at the end of July month, unless Congress passes another stimulus package.