Derek Duncan is still on the road to recovery, but far beyond a point where his only way to calm thoughts that he might not survive was prayer. 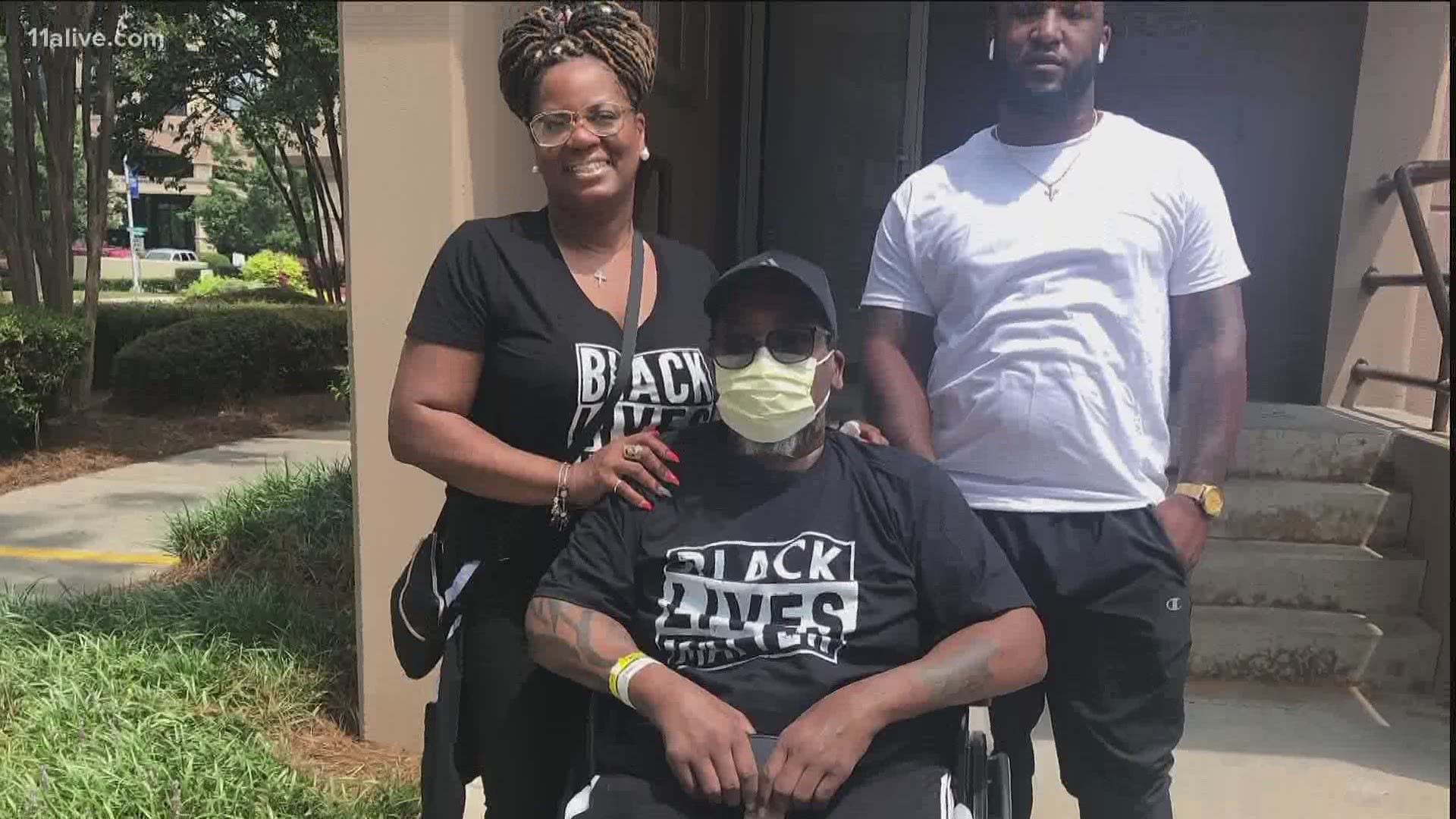 UNION CITY, Ga. — A Union City man is back home with his family for the first time in months after battling COVID-19.

The husband and father had been in the hospital battling the virus since April. Then came the day Derek Duncan and his family had prayed for.

The raspy whisper of his voice comes as a result of nearly two months on the respirator. The father of five with no underlying issues said he started feeling sick after taking a road trip to Ohio.

He was rushed to Emory Hospital on April 28.

"I couldn't breathe and they admitted me and put me on a respirator," Duncan said.

He spent several weeks in the intensive care unit without his family being able to see or speak to him.

At times, Duncan didn't know if he'd pull through. But his family stayed prayerful.

"My family prayed a lot and the doctor said he was also," he said.

Now that he's back home, it's still a long road to recovery. He's not able to walk on his own and his voice is still healing. He said he looks forward to doing the little things again like walking his dog and simply being independent.

"He's a fighter, so I'm pretty sure he's going to be back on his feet in no time," one family member said.

Duncan wants others to take the disease seriously and stay out of those large crowds.