From paralysis to allergic reactions: The injuries claimed while being treated for COVID-19

The injuries reported are from more than just the vaccine. Many of the injuries are alleged to be connected to hospital treatment. 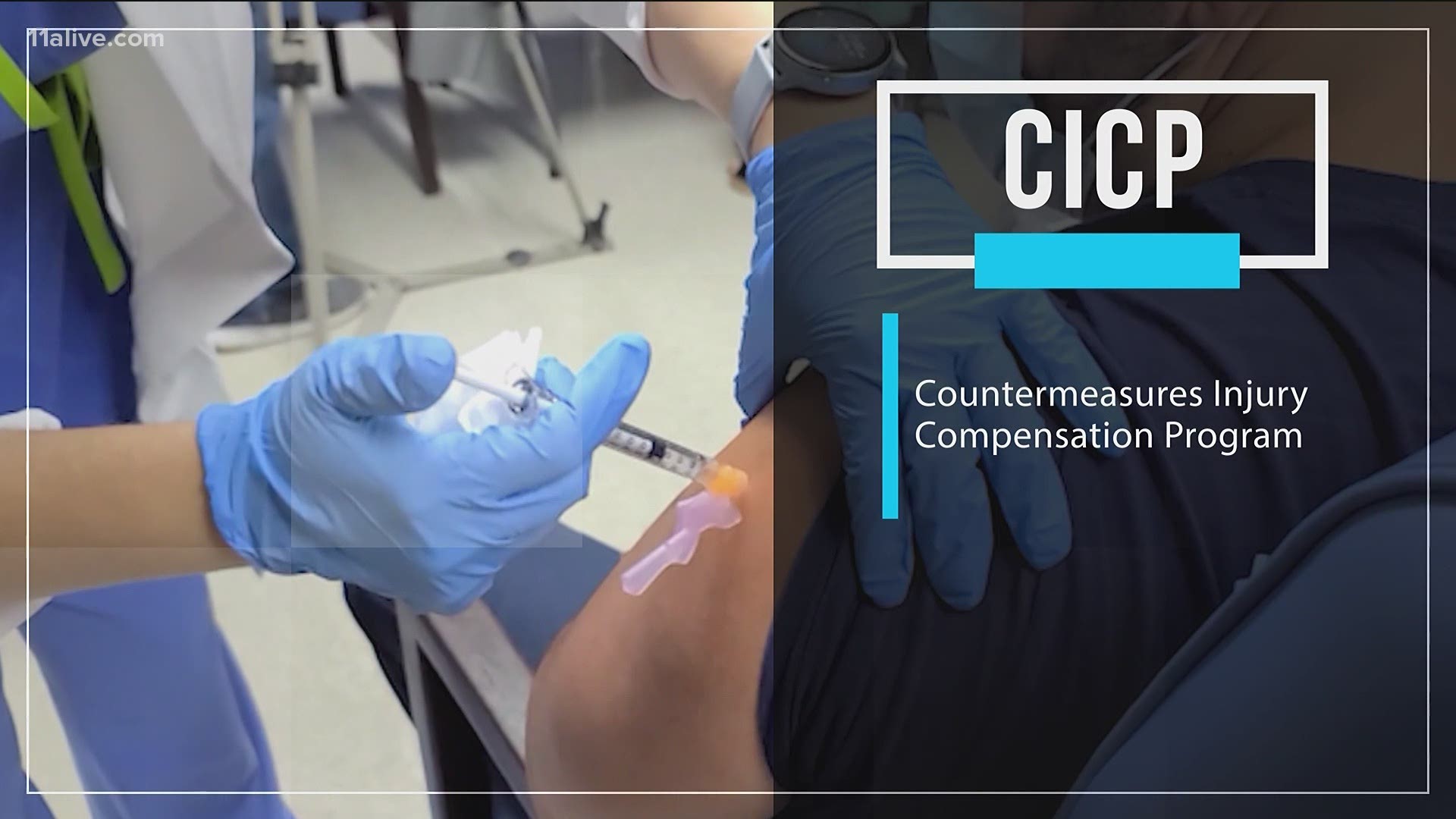 ATLANTA — Hundreds of people want money for lost wages and unpaid medical bills after allegedly being injured by a COVID-19 related treatment.

The federal government has a little-known program called the Countermeasures Injury Compensation Program (CICP) that says it can help. But, so far, it has approved only a handful of claims.

11Alive's investigative team, The Reveal, has been trying for nine months to learn more about the program and the claims denied.  This week, we finally received some answers.

The information is still very limited due to privacy laws around medical information. CICP started taking claims in 2010 when the government wanted people to get the H1N1 vaccine. About 400 people filed claims back then, believing they had somehow been injured by the shot. Then, the program got quiet with just a handful of claims for treatments associated with smallpox and anthrax.

Others feel the data shows that even when a treatment is deemed safe, it is not without some risk. The CICP warns that filing a claim doesn’t mean the injury is actually related. At least in the CICP’s eyes, it's generally not.

Before COVID-19, the CICP denied 92% of the claims. Information obtained through our Freedom of Information Act request indicates most of those denials were because the person didn’t provide the necessary documentation or couldn’t prove their injury was related.

The CICP said it hasn’t made any decision about the COVID-related cases. Those injuries range from an allergic reaction to paralysis, but the most common is death.

About 100 of the claims related to death seem to have more to do with what the government didn’t do. The context of the claims appears connected to nursing home care and a lack of training on infection control.

About twice as many claims, 182, have something to do with the use of a ventilator. Thirteen are associated with the vaccine, and 81 applications don’t say what treatment they think caused their loved one to die.

The CICP is considered the payer of last resort. If a claim is approved, the CICP will only reimburse lost wages and unpaid medical bills, so some of the people claiming injuries might be approved, but receive no compensation because they didn’t stop working and health insurance paid for their doctor’s visits.

You only have one year from the date of your injury to file and The Reveal did find claims denied because applicants missed the deadline. Here’s a link to learn more: https://www.hrsa.gov/cicp

► READ | The list of injuries alleged from the COVID-19 vaccine

She was hospitalized with COVID-19. 10 others died. Their nursing home got a $118K bonus for protecting residents