Advocates say mental health first aid training is critically needed to address the homelessness issue in and around Atlanta. 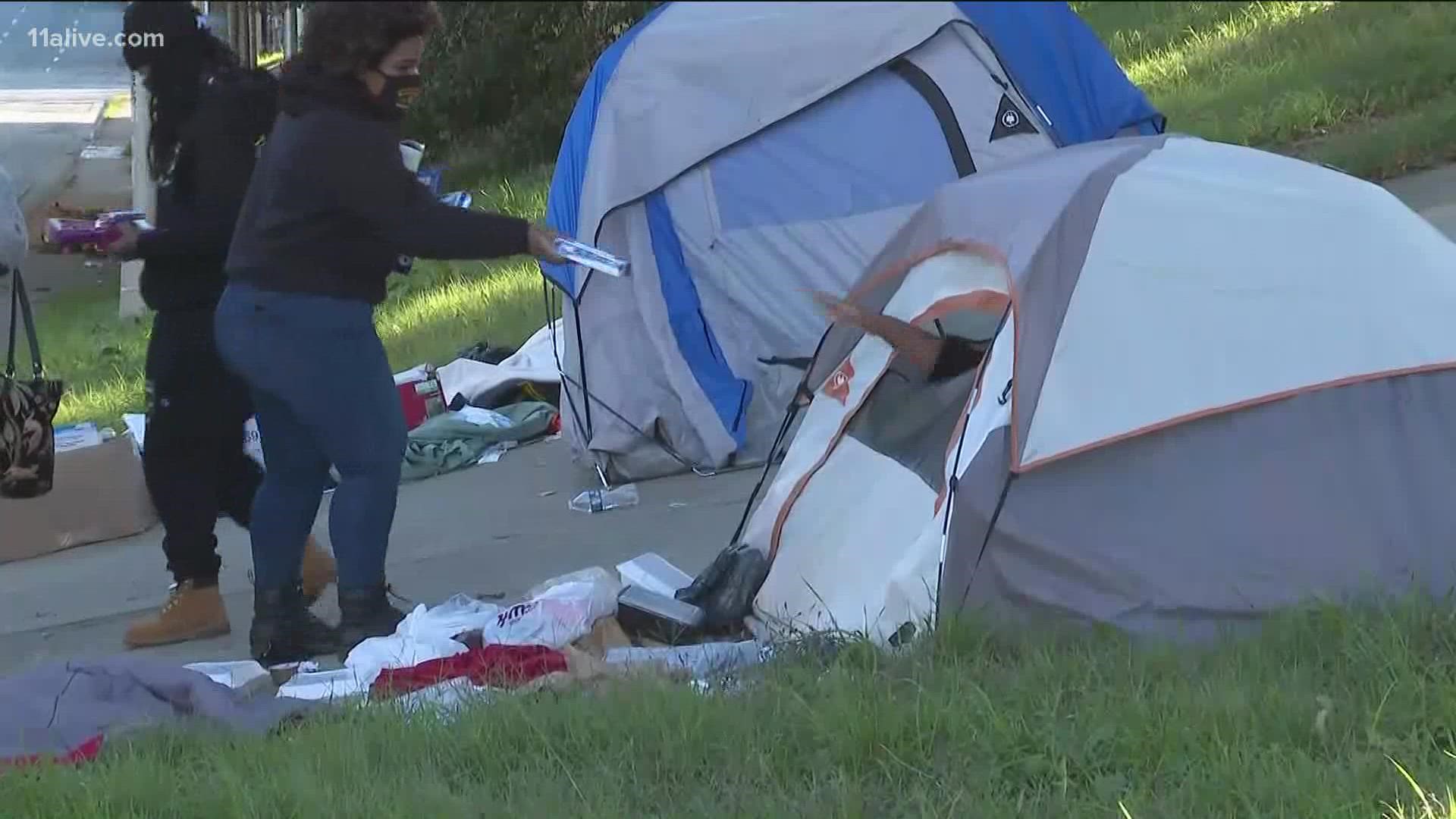 An estimated 25 to 45% of unhoused people are affected by mental illness, according to the National Alliance of Mental Illness (NAMI). Advocates say that’s made it difficult to fully address homelessness in Atlanta.

An estimated 3,200 people are currently homeless within the city's 130 square-mile footprint.

While there are many homelessness programs and advocates in and around Atlanta, volunteers are rarely trained in mental health response. But there’s a new effort to bridge that gap.

“I really saw a disconnect between a person experiencing a crisis and how they were perceived," said Mara Bethel, an advocate for the unhoused in Atlanta. "There is kind of a sense of fear rather than empathy or compassion.”

“Mental health first aid is basically a tool kit, it gives you the ability to know, ok, this is how I respond in this particular situation," Bethel explained. "Then also just being able to direct people to the right places. Rather than just being like, I don't know what's happening or I'm fearful or maybe I need to call the cops when calling the cops might not be the most appropriate thing.”

Bethel is part of an effort to get a few Atlanta area advocates trained as mental health first aid instructors.

It’s intensive and expensive training, but the instructors could then certify dozens of local volunteers each year.

It’s an effort even the National Alliance of Mental Illness (NAMI) backed.

"One way that we are going to fix the situation in Georgia is ... we need to have a care in the community," said Kim Jones, spokesperson for NAMI. "We need to get ready for the mental health pandemic and we can do that by getting educated.”

The GoFundMe effort has raised nearly $2,000, which is enough to put one person through instructor training.

“I'd like to see mental health first aid be as ubiquitous as, you know, CPR or physical first aid," said Bethel. "The more that we understand about mental health challenges, the more that we can kind of approach it in a competent way and in a compassionate way. Everyone out here is a human being. The housing crisis is very, very real and we need to respond humanely to that.”