Police said the 25-year-old victim appears to have been shot twice in the head. 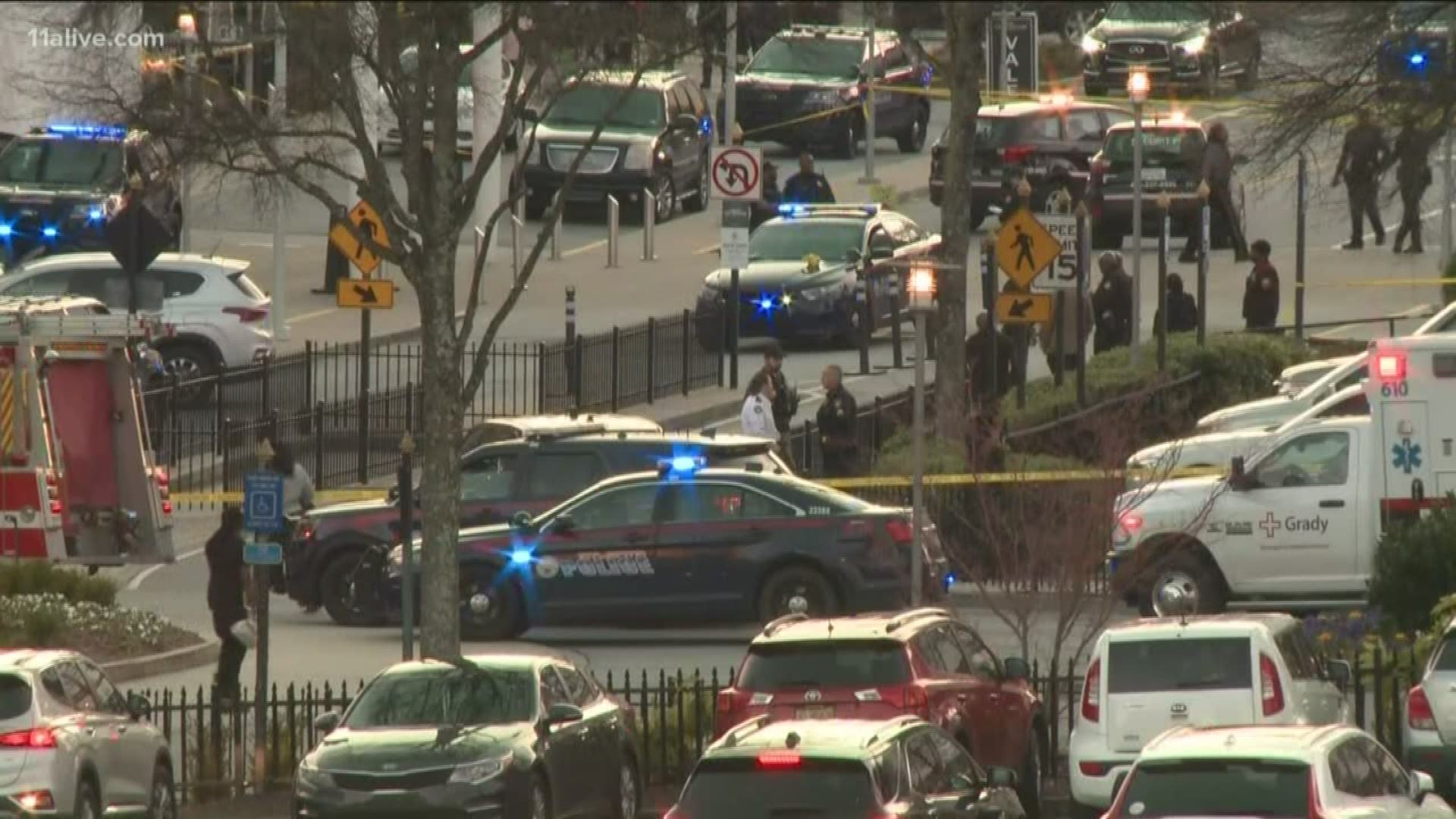 ATLANTA — Atlanta Police have confirmed yet another shooting at a popular Buckhead mall.

According to Zone 2's Major Andrew Senzer, the shooting happened around 6 p.m. Sunday after a dispute between two groups over a parking space.

Senzer said the groups went into the mall after the initial confrontation. At this point, it's unclear if the dispute continued inside, but when the parties returned to the parking lot, the incident escalated.

At some point during the dispute, one of the suspects pulled out a handgun and shot the victim in the head twice.

Police haven't identified the victim other than to say that he was 25 years old. Senzer said police have since detained one suspect but are looking for three others who were also in the car.

UPDATE: Atlanta Police said Monday morning the individual detained was released without charges, and authorities do not believe at this time that he was responsible for the shooting. No other suspects are in custody.

He added that a woman was in the car with the victim when the dispute unfolded. Police don't know if the victim was armed but are trying to gather more information from witnesses including one that has been detained for questioning.

Police are also reviewing video at the scene to help fill in any clues they haven't yet uncovered.

Following the shooting, shoppers shared videos online where they appear to be locked inside the Cheesecake Factory away from a crime scene in the parking lot.

The shooting is the fourth shooting at Lenox Mall in mere months. The first happened on Dec. 21 in a parking garage. There, a Macy's employee was shot while being robbed.

Then, on Jan. 18, an officer shot a man who appeared to be robbing another at gunpoint in a different parking garage. It later turned out that the man who was shot had actually been robbed by the man he was seen holding at gunpoint.

In February, a man was shot during what police described as a botched drug deal in the parking lot outside of Bloomingdales.

"These are brazen acts that are being committed, you know, within the presence of law enforcement officers," Senzer said. "And, you know, we're going to continue to work with the extra job coordinator here, with mall security to ensure we are providing the presence where we can take back this space."

Senzer said the Atlanta Police Department has provided an "incredible amount of enhanced visibility" by having officers at the mall throughout the week. The mall also has its own mini-precinct office inside.