The circumstances that led up to the video have not yet been detailed by the sheriff's office. 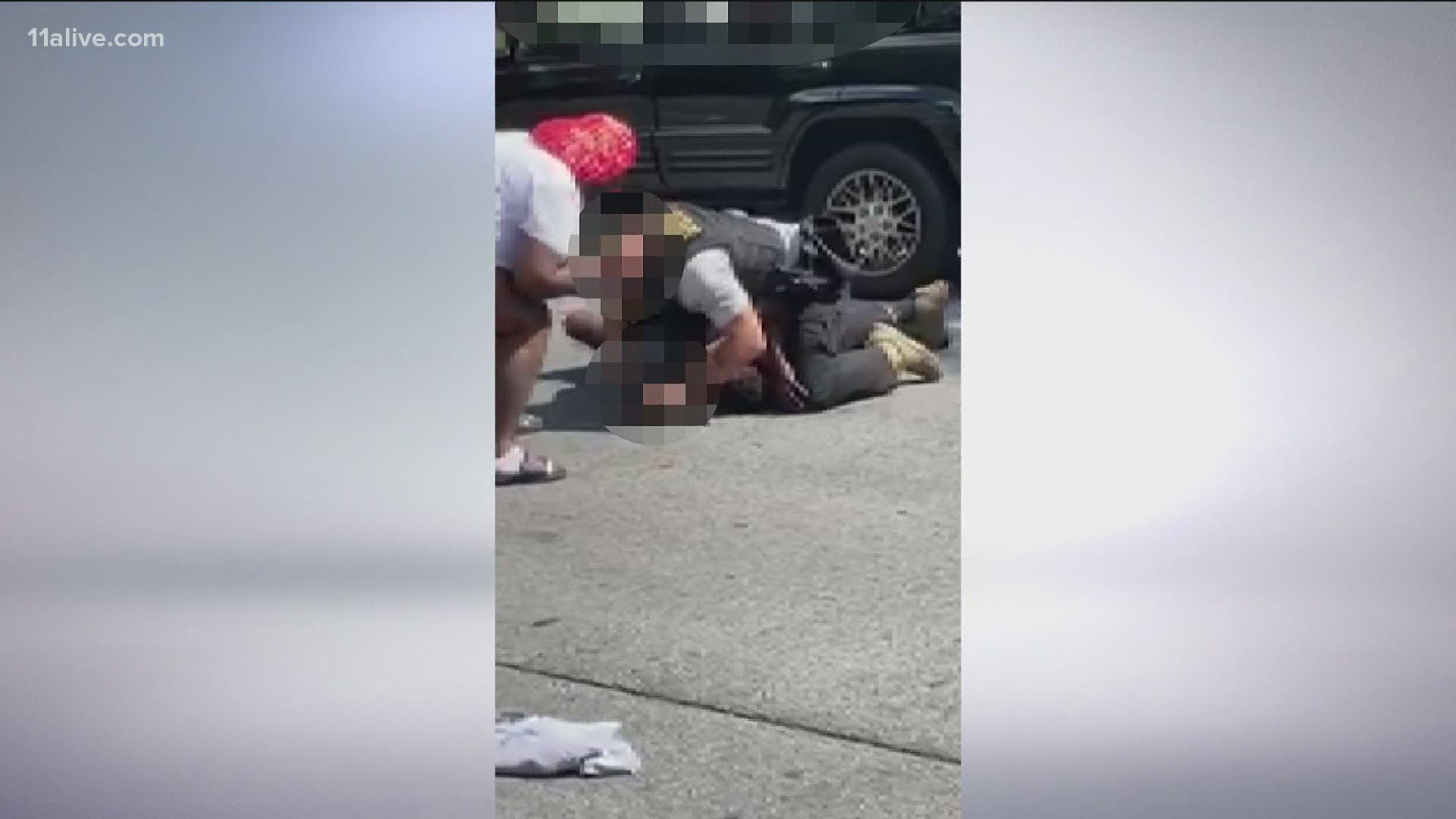 The deputy in the videos, who was not named by the sheriff's office, is now on administrative leave pending the outcome of that investigation.

It's not yet clear when exactly the arrest took place or what led up to it. Sheriff Victor Hill described it "involving a Deputy using physical force on a man."

Signage in one of the videos indicates it happened outside a Georgia Department of Public Health vital records office in Clayton County, just south of I-285 and Hartsfield-Jackson Atlanta International Airport.

At least two different angles of the arrest were caught in separate videos, which show two white deputies arresting a Black man.

In the video shot from a closer angle, the deputies can be seen pinning the man down, with one appearing to have him in a hold around his neck.

A wider shot of the arrest shows the second deputy punching the man in the midsection multiple times. After that, the deputy pinning him appears to say, "He's biting my hand," and a woman recording the closer-shot video says, "Don't bite him, don't bite him." A short moment later both videos can show the deputy punching him up around his head.

In an especially unsettling moment, in the close-shot video the man can be heard saying, "I'm gonna die, I'm gonna die. I can't breathe."

The distraught woman can be heard screaming, "No! Don't kill him! He said he can't breathe!"

Just after that, his leg appears to shake uncontrollably and his arm goes limp. That video then shows the deputies getting off the man, who appears to have lost consciousness and is bleeding from his nose.

They then roll him onto his stomach and handcuff him.

In the second video shot from a wider angle, at least one child can be seen in a car next to the scene yelling, "Daddy! Daddy!"

That video ends at that point, and the first video shot by the woman ends with a third deputy asking her to get into a car.

One Instagram and Twitter user, Korey Epps, posted the wider-shot video on both platforms and said it was taken by a friend of his.

"These officers need to be held accountable for their actions and how they handled this man especially in front of his family," he wrote on Instagram.

Sheriff Hill said the investigation is being handled by Internal Affairs.