Cleveland Grover Meredith Jr., one of a handful of rioters facing federal charges, was a 1986 graduate from The Lovett School. 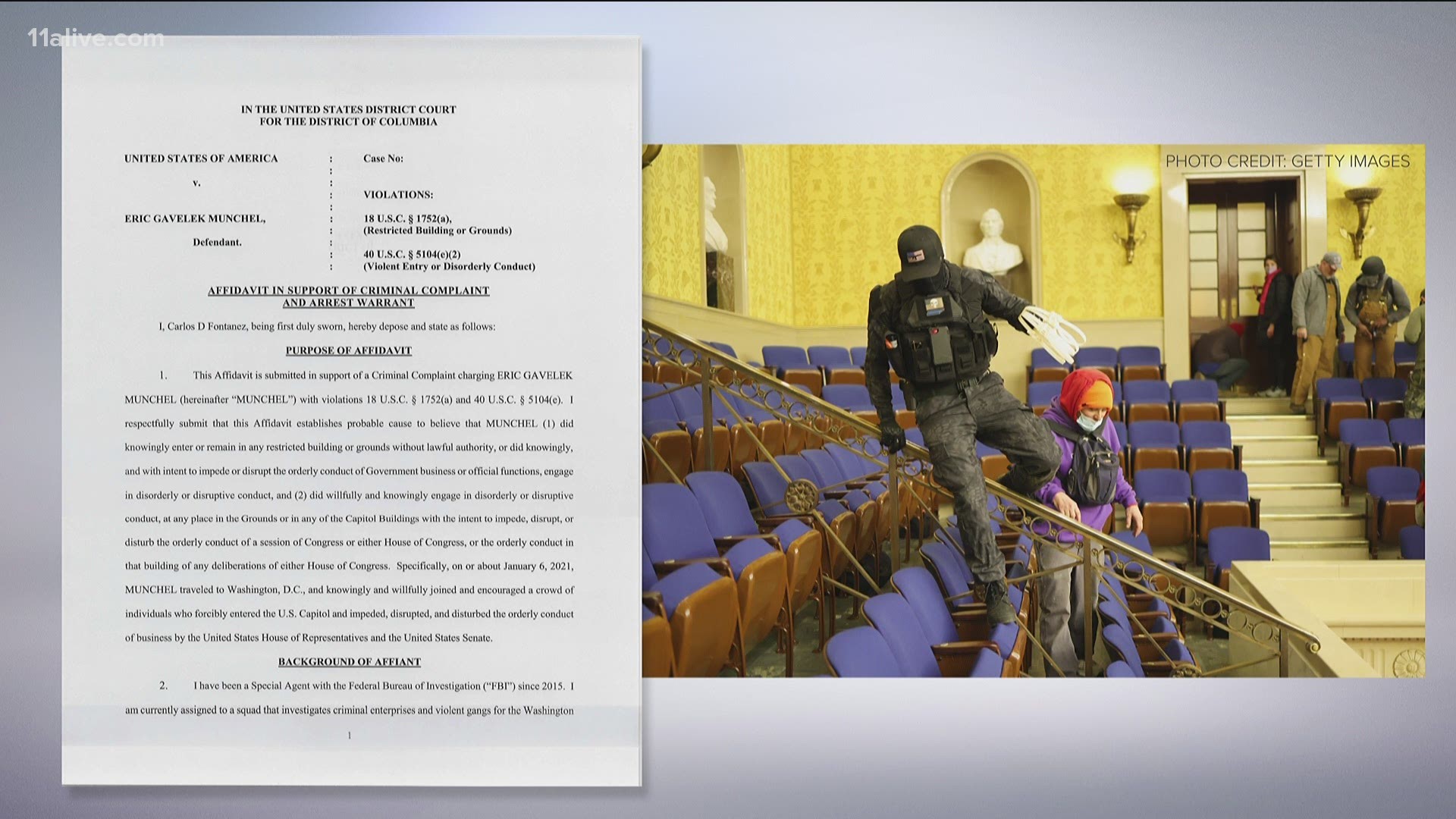 ATLANTA — The Atlanta-area man who was arrested following the U.S. Capitol riots for making a threat toward House Speaker Nancy Pelosi was also banned from a private school in the metro.

Cleveland Meredith Jr., one of a handful of rioters facing federal charges, was a 1986 graduate from The Lovett School.

In 2019, Meredith was banned from campus "due to threats of violence," the school confirmed with 11Alive. They said they "severed its relationship with this alumnus."

11Alive is reaching out to authorities to get more details on what those threats were related to.

“Thinking about heading over to Pelosi C***’s speech and putting a bullet in her noggin on Live TV [purple devil emoji],” the text message read.

Meredith allowed FBI agents to search his hotel room, Ford truck, a trailer that can attach to the truck and his cell phone, according to the document.

11Alive also learned Meredith was known to a local police department in Georgia.

Hiawassee Police Chief Paul Smith said Meredith was known to them because when he moved there from Atlanta, Meredith’s own family alerted the department because they were concerned about his behavior and ties to QAnon.

According to the FBI, Meredith is one of 13 people who have been charged in federal court following the riot. An additional 40 people were charged in superior court and the search continues for others responsible for the destruction that day.