According to the Rockdale County Sheriff's Office, the inmate passed away after being discovered with appeared to be a 'medical complication.' 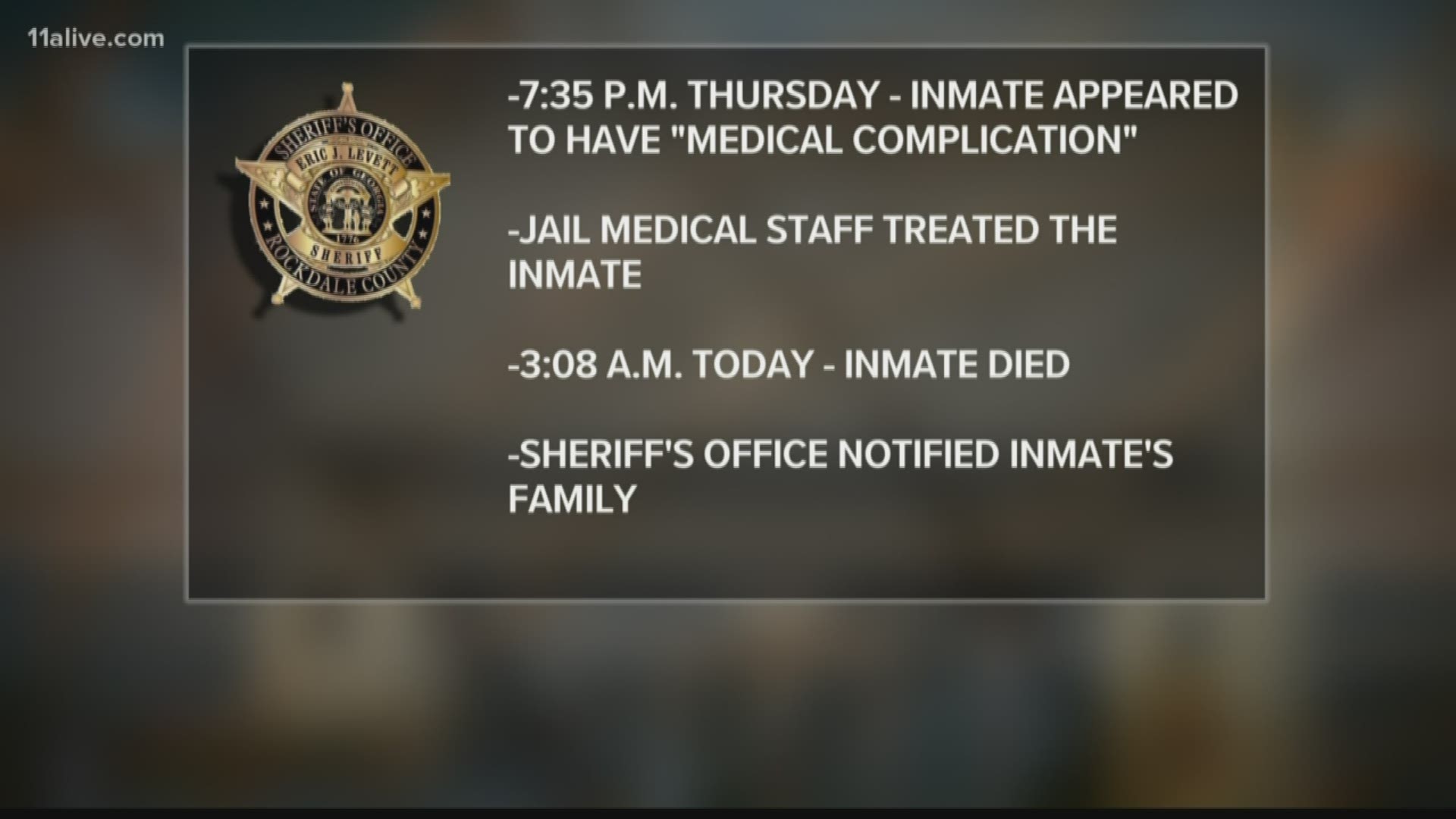 ROCKDALE COUNTY, Ga. — A Rockdale County Jail inmate died early Friday after being discovered with what officials said appeared to be a "medical complication" on Thursday evening.

According to Rockdale County Deputy Lee Thomas, the inmate was discovered experiencing a medical issue during a routine head count on Thursday at about 7:35 p.m.

After additional intensive treatment by staff at the hospital, the inmate passed away at about 3:08 a.m. Friday, Thomas said.

The Georgia Bureau of Investigation has been contacted to handle the investigation. The identity of the inmate has not yet been made available.

There has been heavy scrutiny regarding Rockdale County officials and their treatment of individuals at the Rockdale County Jail in the wake of the March 2018 death of inmate Shali Tilson at the jail.

A September 2019 report by Rockdale County District Attorney Alisha Johnson concluded that no one person was responsible for Tilson's death, but that staff at the jail failed to recognize and adequately address the mental state and physical decline which led to his death.

According to a GBI autopsy, the cause of Tilson's death was pulmonary thrombi due to dehydration, essentially blood clots that traveled to the lungs. A subdural hemorrhage, or bleeding in the brain usually associated with traumatic brain injury, was also found during the autopsy.

A grand jury reviewing Johnson's report blamed Tilson's death on the staff's lack of training and failure to adhere to established policy.

At the time of his death, Tilson had only been in custody for nine days.

Tilson's death was not the only one at the jail in 2018. Forty-year-old Jamie Henry was found unresponsive in her cell in May 2018 as deputies were doing routine cell checks.