Although her fiance' is charged with several crimes, he's not been charged with any crime directly related to her disappearance. 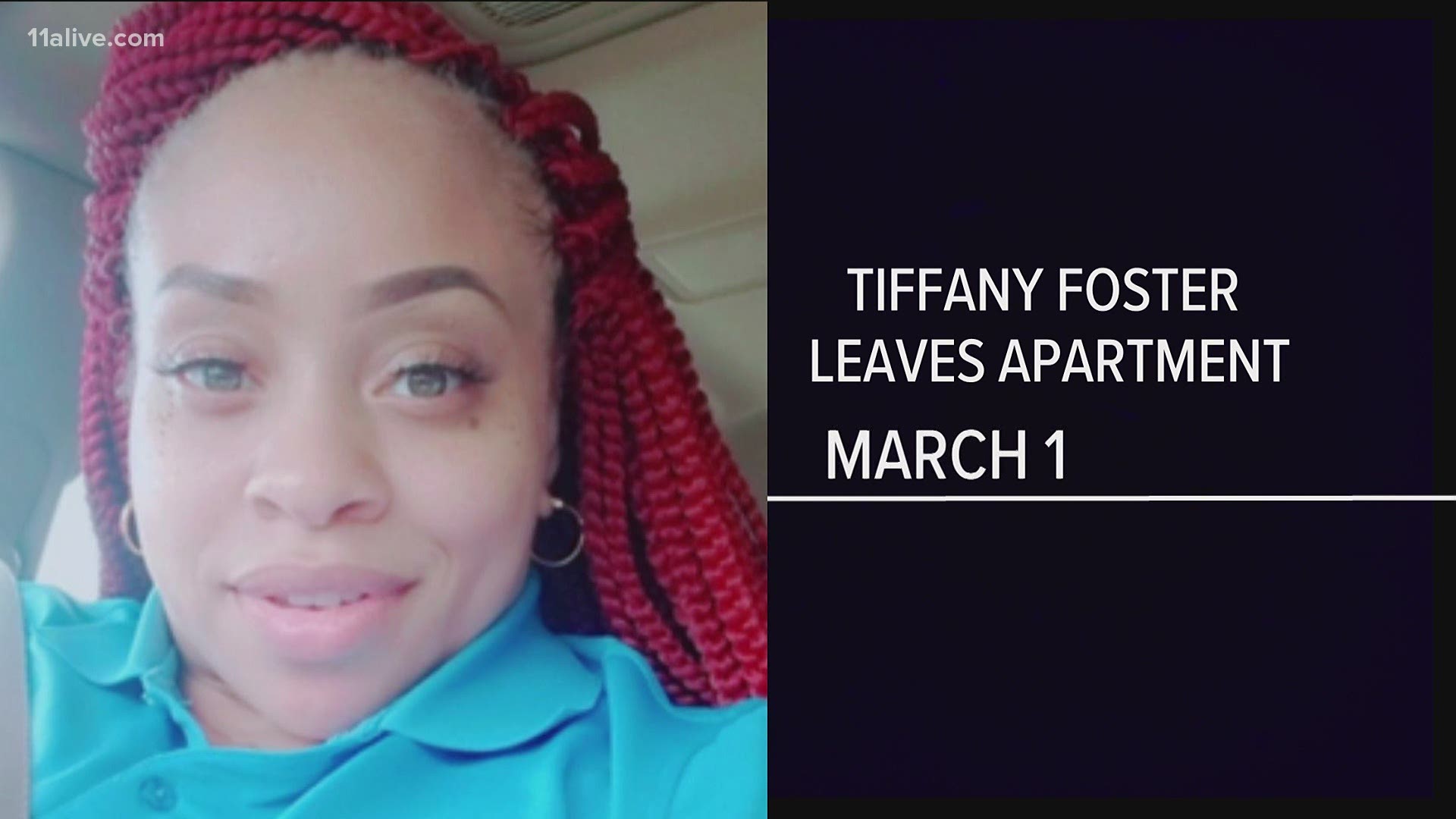 NEWNAN, Ga. — Nearly eight weeks after a mother of three disappeared from her home, questions remain, as her fiancé has been charged two separate times in crimes "unrelated" to her disappearance.

Tiffany Foster (also known as Tiffany Starks) went missing on March 1, after leaving her home to go shopping. Her fiancé’, Reginald Robertson said she did not return that night and became worried.

Robertson was later arrested for moving Foster’s car. He was arrested a second time for kidnapping and aggravated assault in a crime that took place before Foster’s disappearance. Coweta County Investigator Toby Nix said, “we don’t know at this time,” when asked if the incident Robertson was arrested for involved Foster.

Despite Robertson’s arrests, Nix said they continue to treat Foster’s case as a missing person.

“We’re investigating this as if she’s missing and we’re trying to locate her.”

Nix added they have not received any significant leads that may them think foul play was involved.

Here’s a look at the timeline.

According to investigators, this is the last time anyone saw or heard from Foster. She left her apartment off Lakeside Way to go shopping. A text from Foster to her mother was the last known communication from her phone. She has not had contact with family, friends, or posted to social media since this day. Her fiancé’, Reginald Robertson was home with her three children and said he was concerned when she didn’t return home at 10 p.m.

Foster did not show up for class at Georgia Military College, where is studies criminal justice. She is officially reported missing to the Coweta County Sheriff’s Office.

Foster did not report to work.

Her car, a gray 2020 Nissan Altima, is discovered in College Park. “Personal property” was found inside the vehicle.

Coweta County Sheriff investigators, along with Foster's sister, and her  fiancé speak at a news conference. Foster’s sister, Kimberly Bryan, said “she is a kind and loving person. Beautiful inside and out. She’s my best friend. This has devastated our family.”

Bryan added she talked to her sister on a weekly basis and said Foster’s children should not have to worry about their mother and what condition she’s in.

“To have to look my niece and nephews in the face, and I don’t know what to tell them.”

Foster’s mom was supposed to speak but was too devastated.

Robertson said the last time he talked to Foster was when she left home.

A month later, Nix said investigators had no plans to arrest Robertson for any crimes during the press conference.

Robertson is arrested and charged with theft after investigators said he moved Foster’s cars from Newnan to College Park days after she was reported missing. Coweta County Sheriff Lenn Wood said at the time, the charges were not directly related to Foster’s disappearance.

Wood further stated Robertson was not a suspect in her disappearance at the time.  Investigators have not said why Robertson would have moved the car.

Robertson is charged with kidnapping and aggravated assault. The crime he’s accused of committing took place prior to Foster’s disappearance. He is being held without bond.

Investigators confirm Robertson has not been charged in connection to Foster’s disappearance and are still treating the case as an active missing person.

Foster is about 5-foot-2 and 220 pounds. Anyone with information on her whereabouts is asked to contact the Coweta County Sheriff’s Office at 770-253-1502.