Gerald Jackson said his son, “Josh,” was loved by so many in Athens. 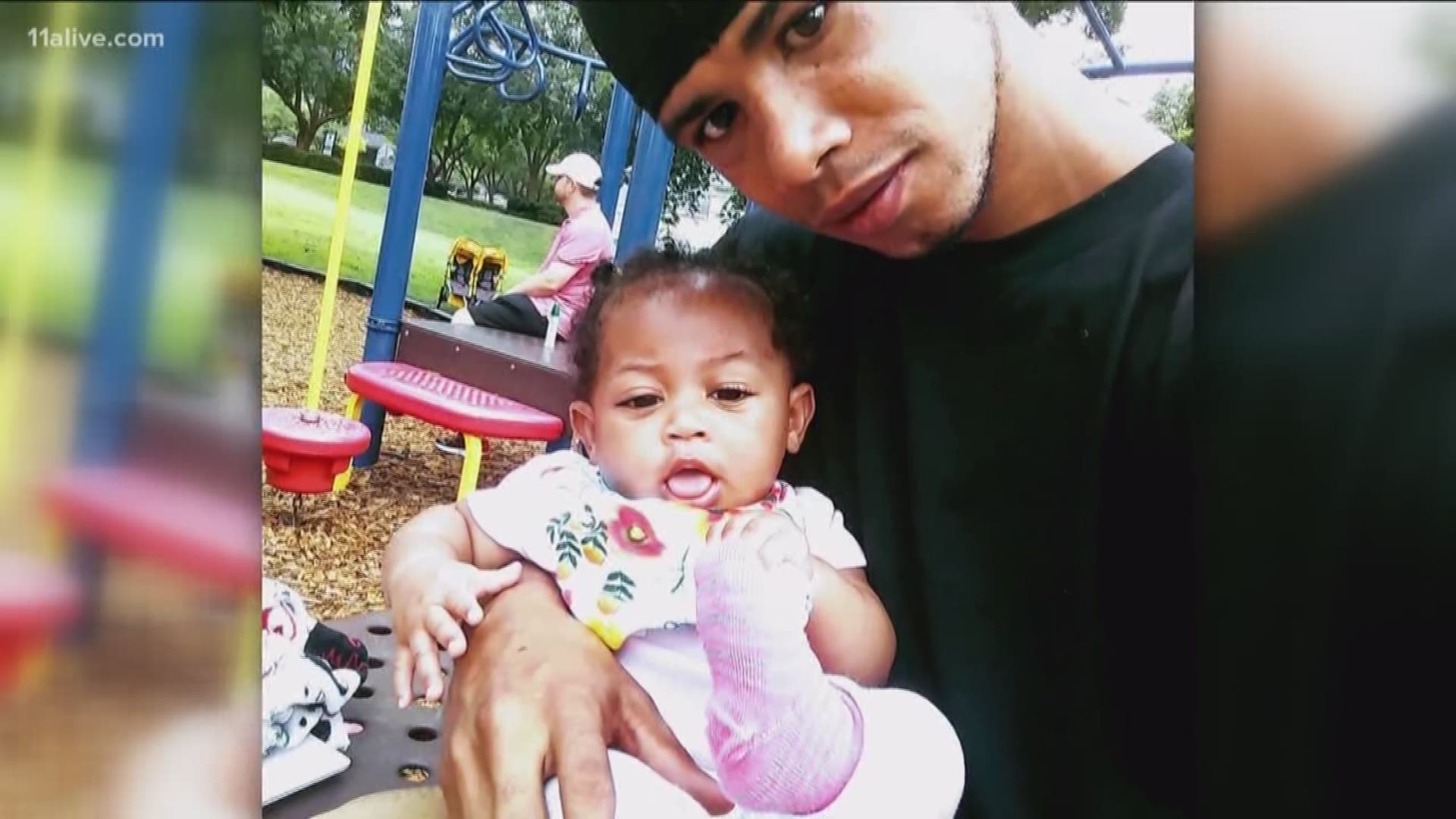 ATHENS, Ga. — It’s the kind of news no parent wants to get, but one family is now having to cope with the loss of a beloved son.

The bodies of Joshua Jackson and Derrick Ruff – both from Athens – were found Sunday, March 17 in a unit of a Lawrenceville storage facility. Police believe they were murdered – possibly shot to death in the same spot where they were found.

It comes after family spent three months of searching for the two men, who were reported missing Dec. 20, 2018. Gerald Jackson said his son, “Josh,” was loved by so many in Athens.

Gerald said he raised Josh as a single father. Now, Josh’s 1-year-old daughter Riley Ann will grow up without her father. 11Alive’s Ashley Johnson was the only reporter to sit down with the father of Joshua Jackson who said, sadly, he had prepared for the worst.

Gerald said he has no idea why anyone would want to harm his son. Police said they suspect gang activity - related to the Gangster Disciples - may have played a role in some form.

Investigators said one suspect, Leslie Green is in custody, but they are still on the lookout for another man, Robert Carlisle. Detectives said they both were caught talking about the deaths and how to dispose of the bodies after their phones were tapped. Green is charged with concealing a death. No one is charged with murder as of yet.

Gerald said he just wants justice for his son. And prayers for Riley Ann.

“(Justice) will come,” Gerald believed. “It might take a minute, but it’s gonna come, and I’m willing to wait … as far as Riley, we’re going to make sure she knows what kind of father she had.”

Gerald said his son worked in the restaurant industry, but he didn’t know much about Derrick – who was also found dead – other than they were friends. Police also said there is no apparent tie between the two suspects and victims. No murder weapon has been recovered.

Meanwhile, Gerald said they are preparing for funeral arrangements next week.