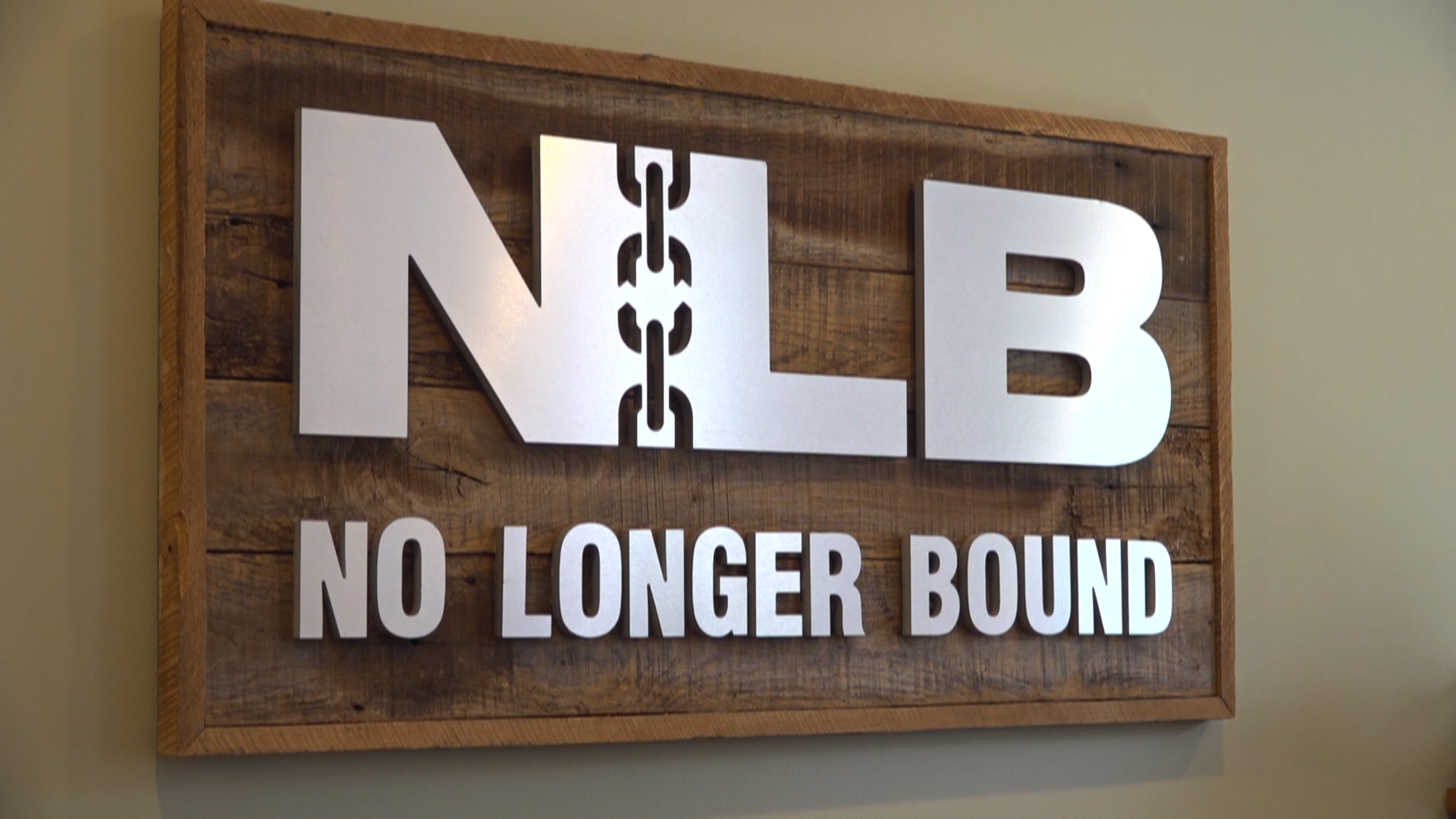 Since 1991, No Longer Bound has offered a structured program to men who need assistance.

“We are a long-term, faith-based residential treatment program for men with addiction,” Carol Smith, the director of development, said. “We're a nonprofit, so we're partnered with the community. Addiction is a community issue and so it's really great that the community is part of the solution too.”

When a man comes to No Longer Bound, he has the opportunity to invest a full year of his life to uncovering the root cause of his addiction. The cost of his care is subsidized with revenue from the non-profit’s four industries – Cars4Recovery, NLB Thrift Stores, NLB Furniture, and NLB Studios, as well as funds raised from the community

“No longer bound can accommodate 40 men at one time, and we have eight more beds for men who have stayed for a year and they're staying for another 6-month apprenticeship,” executive director Edward Bailey said. “We typically stay pretty full. We get somewhere between 30 and 50 calls every single day because this opioid crisis is just so bad.”

Bailey has been with No Longer Bound for 15 years, and he says the program saved his life.

“I came here back in 2004 as a strung-out meth addict, showed up here on the very campus that we’re still operating,” he said. “My parents brought me here when I was really on the verge of death. The last guy I got high with died about a year later, and I knew that was going to be the case with me. And so I graduated the program and felt like I was supposed to stay and eventually move my way into leadership. So it was from that position of empathy that the passion to lead this place comes from.”

Smith says she and her family got involved as volunteers.

“The organization was super kind to us when we were in crisis, and so we got more and more involved, and actually became donors here,” she said. “I used to feel like addiction was a genetic family issue, but now, especially in today's world, I think every family experiences addiction, whether you have it in your immediate family or you know a loved one who suffers from it. I think it's no longer a unique family experience, but it's a very common family experience.”

No Longer Bound has a good track record of success which is measured through the yearly graduation rate.

“At least 70 percent of our guys are going to finish, and that’s a five-year average,” Baily said. “Some years it's better than that. So for every 10 guys who start the program, we know that seven of them are going to finish. And we know that even the other three that may have left early, they are really going to be impacted by what happened here. It will still be a part of their recovery journey.”

On August 28, No Longer Bound will host its primary fundraiser at North Point Community Church. To learn more about No Longer Bound, and how to get involved, CLICK HERE.