An injured German shepherd found on the side of the road by a Forsyth County deputy is now finding a new home. 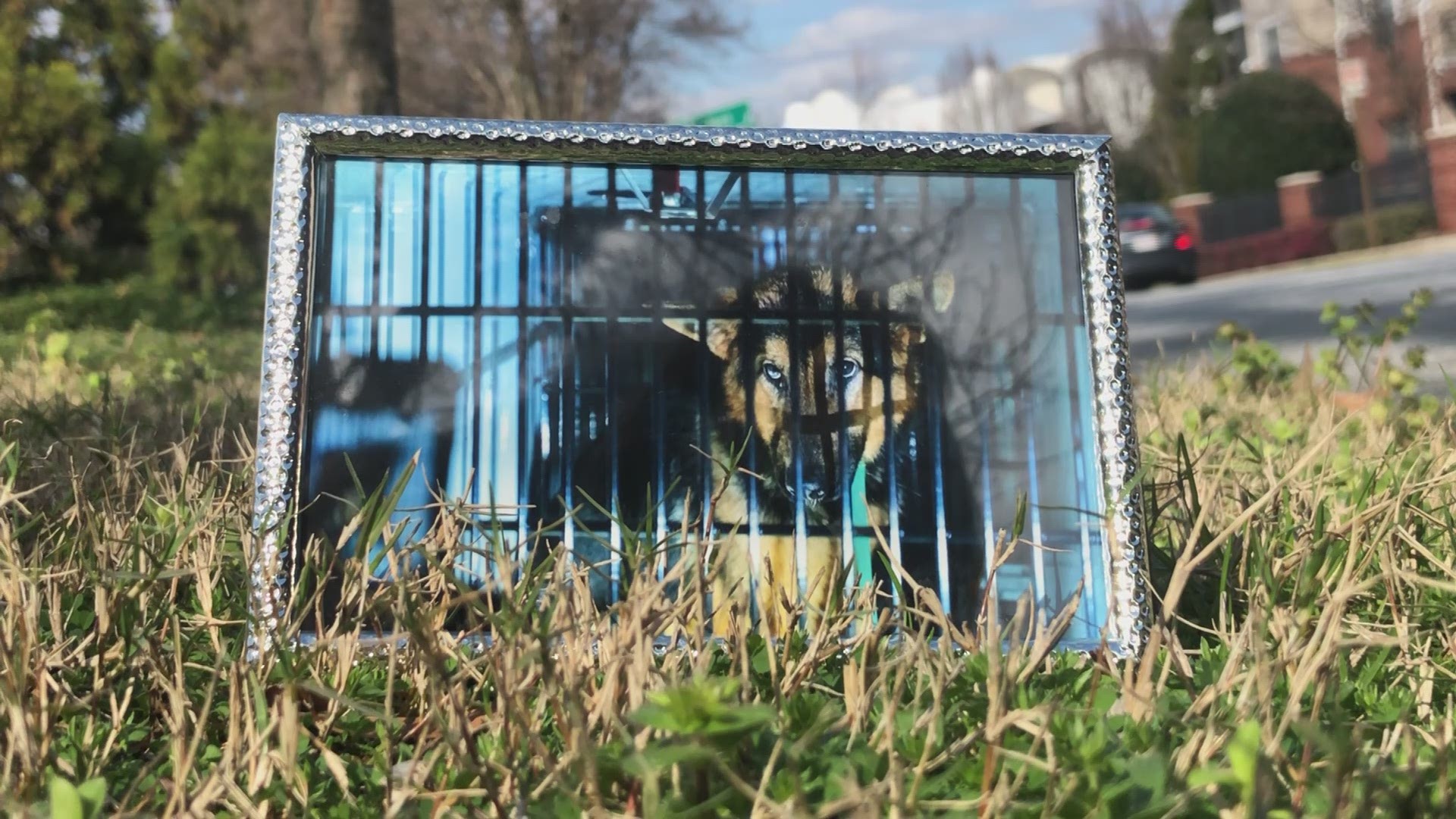 When Deputy Josh Day and Deputy Jonathan Davis arrived, they found a young German shepherd injured and bleeding lying in the road at Little Mill and Keith Bridge roads. The deputies said that as they approached the dog, she initially growled and attempted to run away.

Deputy Day said he moved slowly toward her until she relaxed.

"Her tail was wagging so I knew she wasn't aggressive," he said.

Day and Davis were able to pick the dog up and move her out of the road. For two hours, the duo stayed with the shepherd, giving her water, until animal services arrived. While they waited, Day said they searched social media to look for posts about any missing dog matching her description.

Days after the accident, Day kept up with the dog who he named Lucky Sundae, visiting her at the Forsyth County Animal Shelter. While at the shelter, the dog was treated for a fracture and placed in a cast. The county veterinarian put a pin in her leg and sutured her head injury.

Deputy Day said he just couldn't stop thinking about her.

"I went and visited her in the hospital and they were calling her Juliet," he said. "My German shepherd at home, his name is Romeo, so I kind of knew it was meant to be."

"My wife asked me 'Do you love her?' and I said 'I like her' and I just wanted her to have a good home because she deserves it," Day added.

On Valentine's Day, the family made the decision to foster Juliet. Day said they have plans to adopt her once all of her injuries have healed.

"She went to Southern Cross German Shepherd Dog Rescue shortly after arriving at the county shelter," Day said. "So they're paying for her surgeries until she is ready and healthy for adoption."

The deputy said she is now going by Gypsy and is doing well with his other dog, Romeo.

"They're still getting adjusted to each other," he said. "But she's showed interest in Romeo which is good."

Gypsy is still under the financial care of Southern Cross German Shepherd Dog Rescue. You can donate to help with her medical costs here.