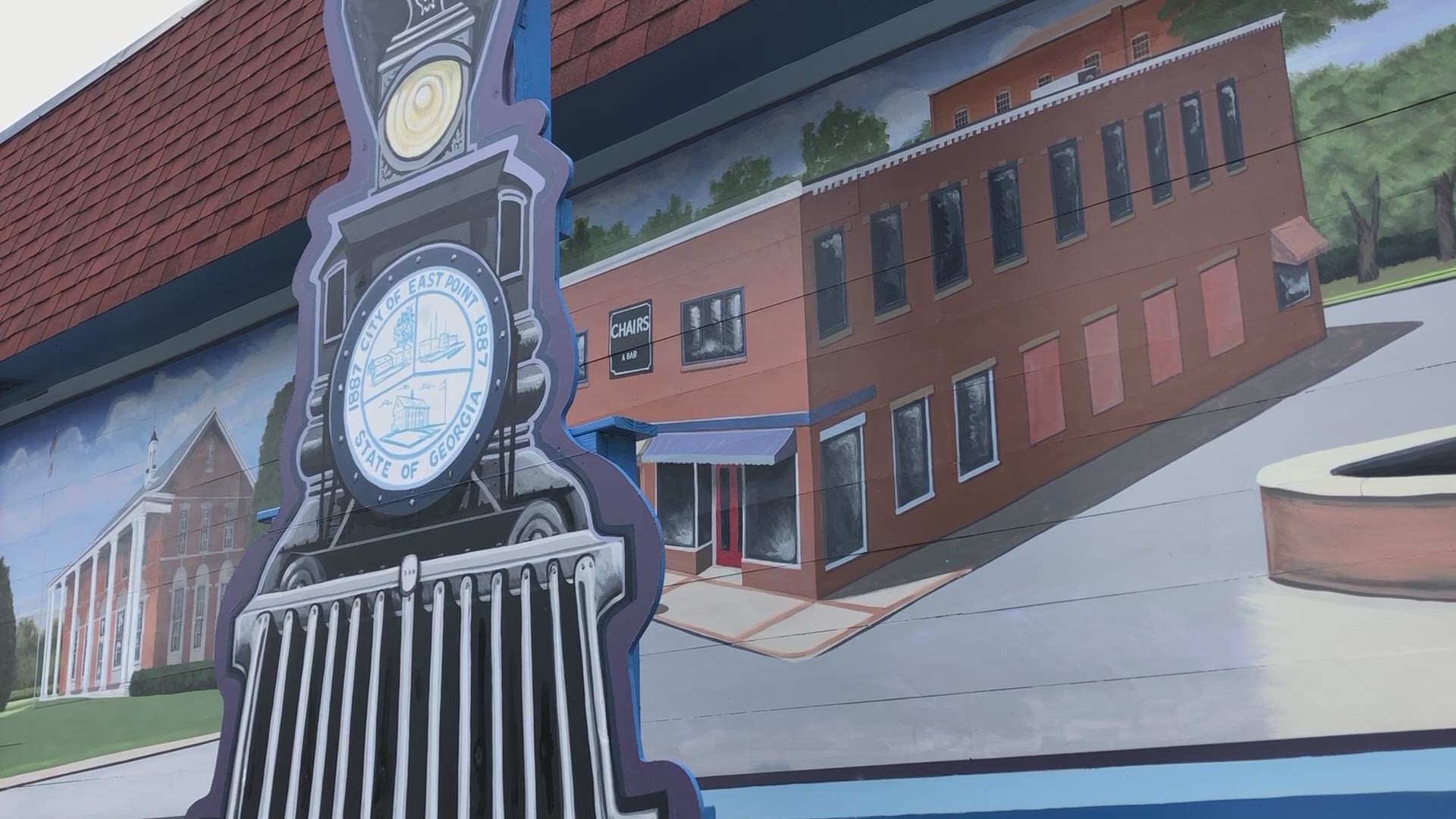 EAST POINT, Ga. — The mural commissioned by the City of East Point for its Public Arts Master Plan has been completed!

Tri-Cities residents looking to see the brand-spanking-newly completed mural for themselves can visit it at the corner of Main Street and White Way between East Point Staples such as Oz Pizza and the Flower Cottage.

The mural was created by local mural artist, John W. Christian through his non-profit, the Georgia Mural and Public Arts Trail.

Local non-profit, Go Georgia Arts awarded the City of East Point a special grant last year. Their mission statement is to promote public art in smaller cities and communities across the state of Georgia.

The mural has a unique ‘pop-out’ feature which Christian describes the piece as a ‘selfie magnet’. For the East Point mural, that ‘selfie magnet’ is a 6-foot tall cut-out of a classic old-fashioned train engine.

The ‘pop-out’ is designed to encourage community engagement through the mural as a desirable photo and selfie spot for the downtown district. The mural is the first of its kind to be prominently featured in the East Point downtown district.

For more information about John W. Christian and the Georgia Mural and Public Arts Trail, visit his website.