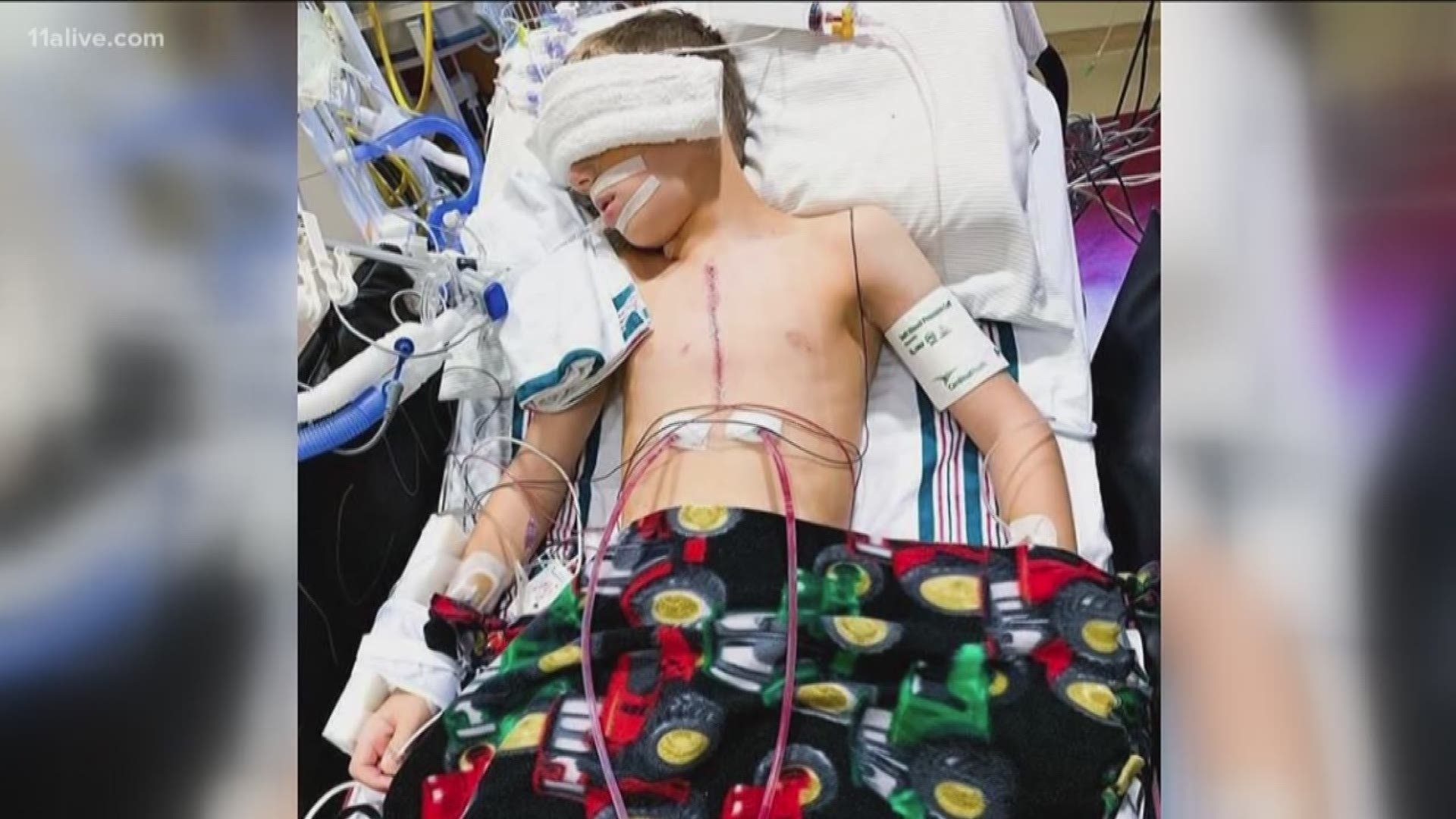 TYRONE, Ga. — The son of two University of Georgia graduates has now been taken under the wings of a group from Georgia Tech students after life-saving surgery. Now, they're giving him a chance to meet his heroes.

All 8-year-old Nathan Bywaters wants is to show off his many skills on American Ninja Warriors. His parents said he's been literally climbing the walls ever since he first started watching.

"I was climbing up the door and then I was hanging on it," he said. "I would hang on it; mom and dad would say get down and I would say no I want to do this."

He knows every obstacle - and has overcome many of his own.

"I really like seeing their stories, and seeing what they've been through," Nathan said. "A lot of it is like what I have. But it's different. I like seeing how they got through it, too."

Nathan put his warrior skills to a different test in October of 2018 as he bravely fought his way through open-heart surgery.

Doctors at Children's Healthcare of Atlanta and the Sibley Heart Center did something nobody else would.

"Condition was rare -- what they've done for him, they've never done for anyone before," one parent said. "Everyone said it was impossible. They tried. It worked."

And while Nathan was recovering, the group "Georgia Tech for the Kids" did its part to help. They took Nathan to the Georgia Tech basketball game, sent him videos and even held a dance marathon to raise money for the Sibley Heart Center.

They even treated Nathan to a surprise visit from real-life American Ninja Warriors who gave Nathan a jersey and their best advice.

"I'm proud that he's here and wants to keep doing things to get better," American Ninja Warrior contestant Nick Patel said. "What he has gone through in his life, there are children that haven't had to deal with anything like this. It's very inspiring to see him keep trying and pushing. I can't wait to see what happens in his future - it's amazing I'm sure."

Now, Nathan wants to inspire others with his progress.

"I have gotten so far since my surgery," he said. "I want to show you can do whatever you want as long as you put it in your mind."

So far, "Georgia Tech for the Kids has raised more than $322,000 for the Sibley Heart Center and warriors like Nathan. You can follow his story on Instagram at @nathantheheartwarrior.

'It is a God thing': Woman knew she would save man's life after seeing Facebook post about need for kidney

Local stories of courage in the face of unimaginable obstacles

85-year-old man helps others with his 'Mr. Tom's Heart' organization