Why do Christmas trees keep their color all year?

The waxy needles of evergreens help them stay bright while other trees turn brown and bare. 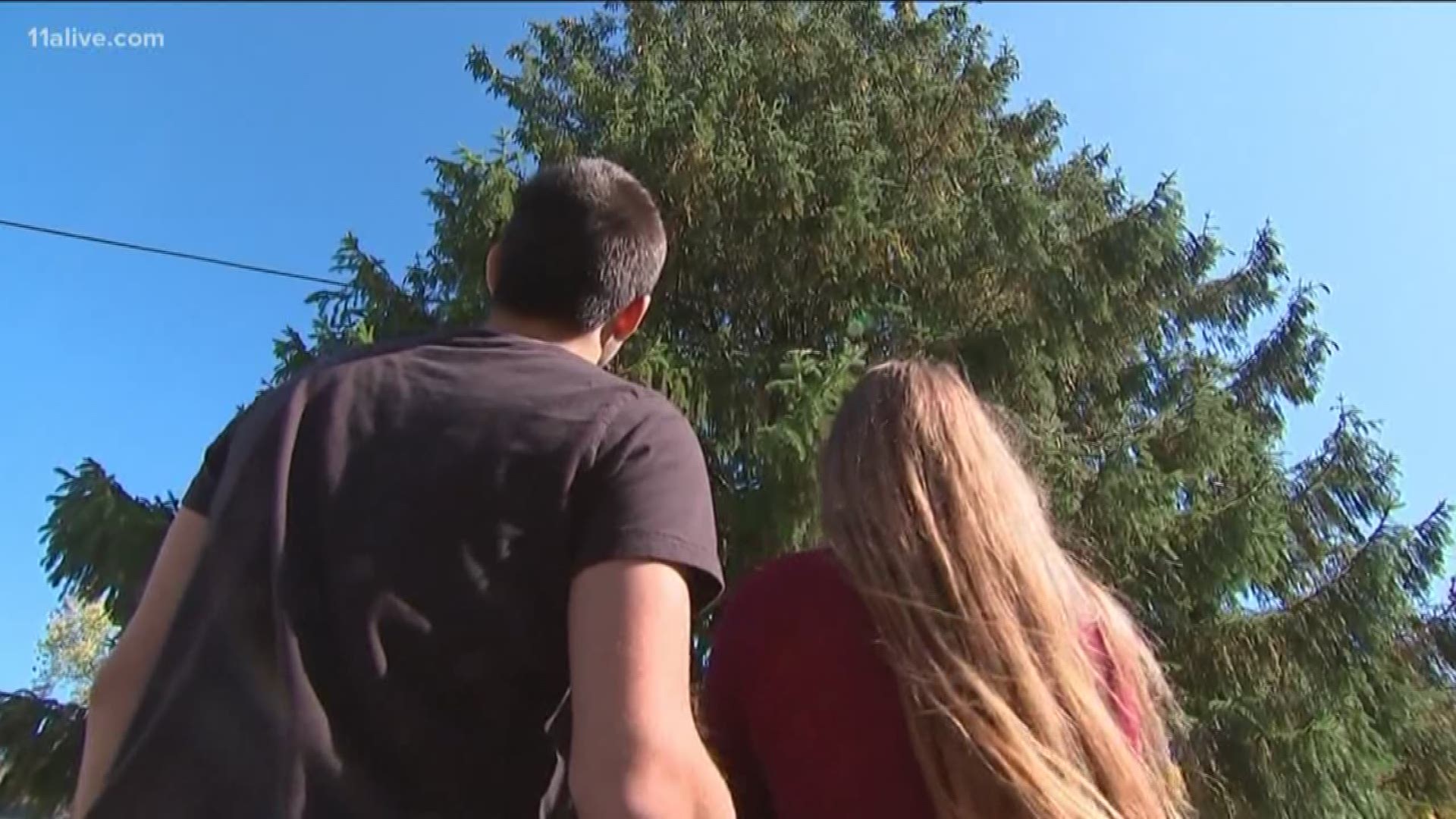 ATLANTA — ATLANTA—It’s the time of year when our living rooms take on the color of the outdoors, prompting one young lady to question how Christmas trees stay green all year.

As Christmas approaches, most trees turn bare and brown. The exceptions are the firs, spruce, and pines that will transform into holiday decorations.

“Why do Christmas trees stay green in winter?” Ellie wanted to know.

For the answer, Why Guy Jerry Carnes turned to Phillip Hensley, an agent with the University of Georgia’s Cooperative Extension.

Trees with broad leaves that change colors in the fall are known as deciduous trees.

Evergreens are different. Instead of leaves, they have thin waxy needles.

“Evergreens do drop their needles, but it’s just a few at a time,” says Hensley. “They do it throughout the year rather than all at once in the fall.”

Both deciduous trees and evergreens depend on sunlight and moisture for survival. According to Hensley, evergreens are more efficient at using the energy and nutrients created by sun and water. Deciduous trees are forced to withhold nutrients from their leaves when there’s less sunlight in the fall and winter, causing those leaves to brown and fall.

They’re like a big truck that burns through a tank of gas.

“Evergreens have those thick, waxy needles that allow them to conserve water,” says Hensley. “They also have more branches than deciduous trees which allows them to capture more of the sunlight.”

Evergreens are also designed to deal with cold better than deciduous trees, allowing them to hang onto their fuel and color throughout the winter.

Related: How to keep your Christmas tree from catching fire

Once you cut an evergreen from its roots to decorate for Christmas, you send it into stress mode. It’s important to keep it watered during its stay indoors or deal with a living room full of needles.