The Black Revolutionaries, a small group of armed activists, explains their protest goals

The group said they intend to inform others about their rights while also protecting those who peacefully protest. 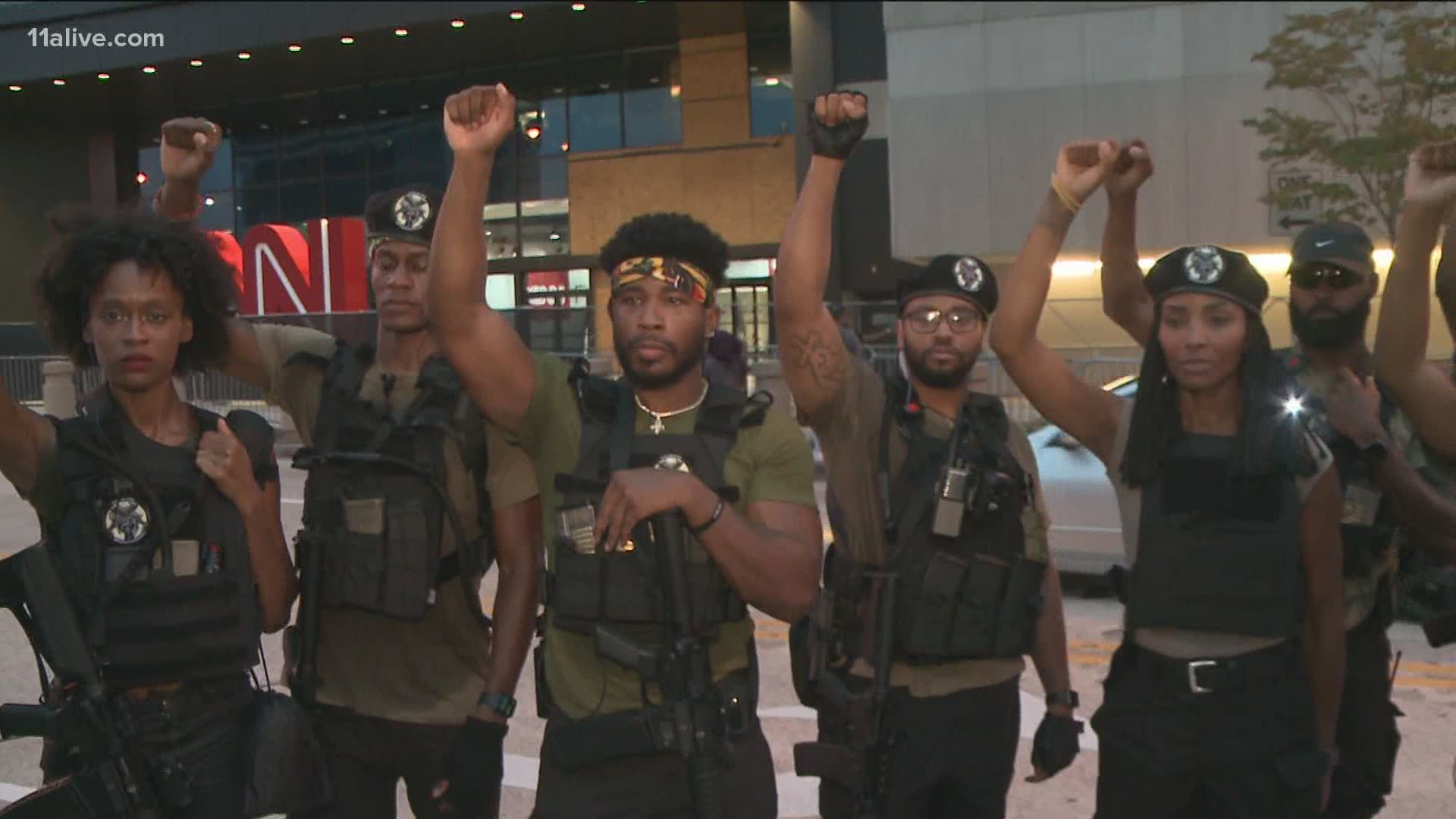 ATLANTA — About 150 people gathered at the CNN building on Friday and marched to the State Capitol and back with the goal of calling out injustice, educating the community and uplifting Black and Brown people.

Among them was a group of armed men and women who have also been seen in photos and videos circulating on social media. They’re part of The Black Revolutionaries, a small group of armed activists.

They said their goal is to inform the community about their rights, encourage nonviolence, and for people to stay on message.

"I want to arm my community because what happened to Ahmaud Arbery, I don’t want to happen to anyone else ever again," he added.

11Alive asked if they felt unfairly judged because of the guns. In Georgia, it’s legal to carry a long-gun without a permit.

“They don’t try to get to know us. They see a Black man with a gun and they automatically think of a thug, think of a criminal, and we’re none of that," said their organizer. "We’re human beings. We are human beings exercising our rights. Why do y’all fear us?"

They said many of the protestors have told them they feel safer when they’re around to protect them from anyone who might want to agitate or harm protestors when they’re marching around the city.

“I get, 'Thank you for your service,' all the time, but when I started picking up this gun, I got, 'Thank you, I feel safe,' and that means way more to me,” another member of the group, Egypt, told 11Alive.

A Navy veteran, Egypt explained he doesn't want to be fearful in the very country he served, and that he feels being part of the group is necessary to call for change.

“In 2036, I don’t want my kids marching for the same thing I talked about today,” he said.

In addition to protests, the group said they also give back to the community in other ways. They said they recently used donation money to create care packages for the homeless community near Georgia State University.