Around 1:30 p.m., the sheriff's office tweeted that the highway was back open. 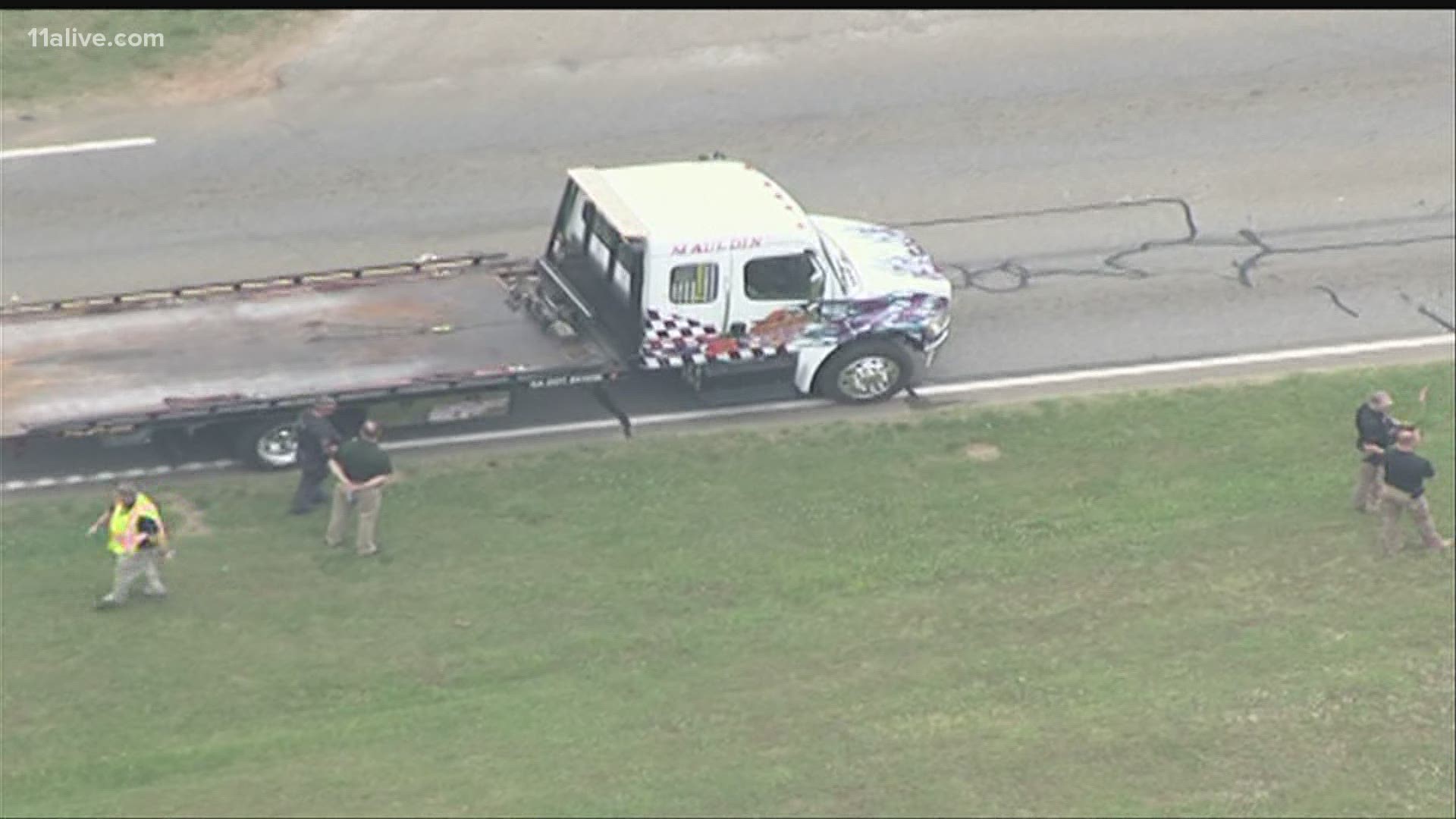 CHEROKEE COUNTY, Ga. — A road in Cherokee County was shut down Friday morning and a small number of homes were evacuated after a propane truck overturned.

It wasn't clear if the wreck had caused a leak or not, though on Twitter the Cherokee County Sheriff's Office said homes within 330 feet of the accident had been evacuated.

The roadway, Hickory Flat Hwy., was expected to see an extended closure. It was closed at Univeter Rd. and Scott Rd., the sheriff's office said. They were asking people to avoid the area.

However, around 1:30 p.m., the department tweeted that the highway was back open.

Hickory Flat Hwy. remains closed at Avery Road as crews attempt to safely upright and remove a propane truck that has overturned. Please you Scott Road and Univeter Road as alternates. pic.twitter.com/t1g4rTFlno

Hickory Flat Highway at Avery Rd. is back open.