53,000 Georgia voting applications 'pending' | Here's how to find out if you're on the list 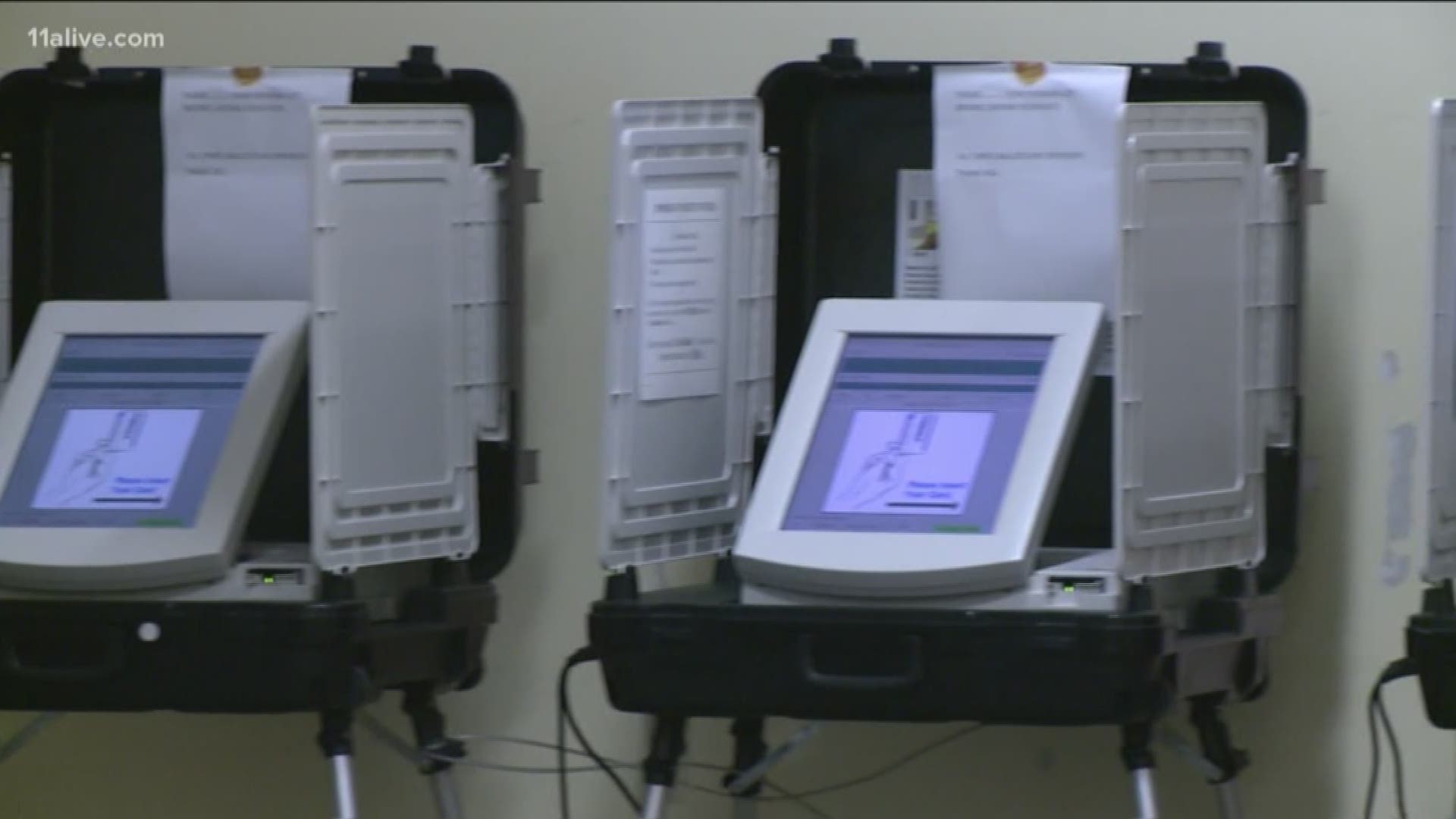 ATLANTA -- Yes, 53,000 voter registrations are in limbo in Georgia.

According to the Secretary of State’s office, a majority of the applications on hold belong to minority and black voters. The Associate Press places the number at 70 percent.

From 2013 to now, 6.9 million people have registered to vote in Georgia. Of that nearly 7 million, 53,000, about 1 percent, are on a list of voter registrations that are now pending. This means the potential voter needs to provide additional verification before being allowed to cast a ballot.

Applications end up on the pending list after they are processed at the county level. They are then put through a verification through the Social Security Administration or Department of Driver Services -- which agency depends on the number the applicant put on the form.

The Secretary of State's office said, if the verification fails, it's generally the name or date of birth that doesn't match records.

Georgia’s “exact match” law requires information on voter applications to match either a driver's license, state ID card or social security records. If the information isn't an exact match to the records either of these agencies have on file, the application is put on hold.

Then, a letter is generated that outlines which information needs verification and gives directions of what to do next.

People who want to check to see if their registration application is on hold can go online to the My Voter Page. If there is a problem, the Secretary of State's office said a red bar at the top will point them to the county registrar.

Per Georgia law, those with pending applications have 26 months to fix the verification issue. Even if a registration application is pending on Election Day, if the voter provides proper identification, the Secretary of State's office said they can cast a regular ballot and not a provisional ballot.

RELATED | Brian Kemp's office to be sued for purging 700,000 voters from Georgia rolls

Back to the issue of minority voters making up the majority of the 53,000 -- the Secretary of State's office said almost all of the registrations in question were paper ballots, and at least 40 percent of those were submitted by The New Georgia Project group in 2014.

"Thousands of those can be attributed to the New Georgia Project," Candice Broce of the Secretary of State's Office told 11Alive.

The New Georgia Project targets minority voters. In 2014, they said they registered 69,000 new voters. This project is lead by Stacey Abrams, the Democrat running for governor against Republican Secretary of State Brian Kemp.

Abrams and Kemp have been clashing for years over her effort. Kemp has claimed Abrams’ group has produced sketchy voter registration documents. Abrams claims Kemp is trying suppress minority voters.

Now, several civil rights groups, including the New Georgia Project, are suing saying the "exact match" law is discriminatory. They're claiming voter suppression. The Abrams campaign has released a statement as well, stating:

"Stacey Abrams has been fighting Brian Kemp’s discriminatory exact-match registration system for years. Under her leadership, the New Georgia Project worked with several civil rights organizations, including the National Lawyer's Committee for Civil Rights Under Law, to successfully fight Brian Kemp in court over the practice.

Kemp was forced to restore over 30,000 wrongfully canceled voters to the rolls. Unfortunately, now that Brian Kemp is finding himself in a tight race for Governor against Stacey Abrams, he is trying to deflect responsibility and deny accountability for the continued use of the exact match program, which is well known to disproportionately impact minority voters. It is clearer than ever that Brian Kemp cannot be trusted to oversee this election.”

The Abrams campaign is also calling for Kemp to resign as the Secretary of State as he runs for Governor. His campaign said that's not happening.