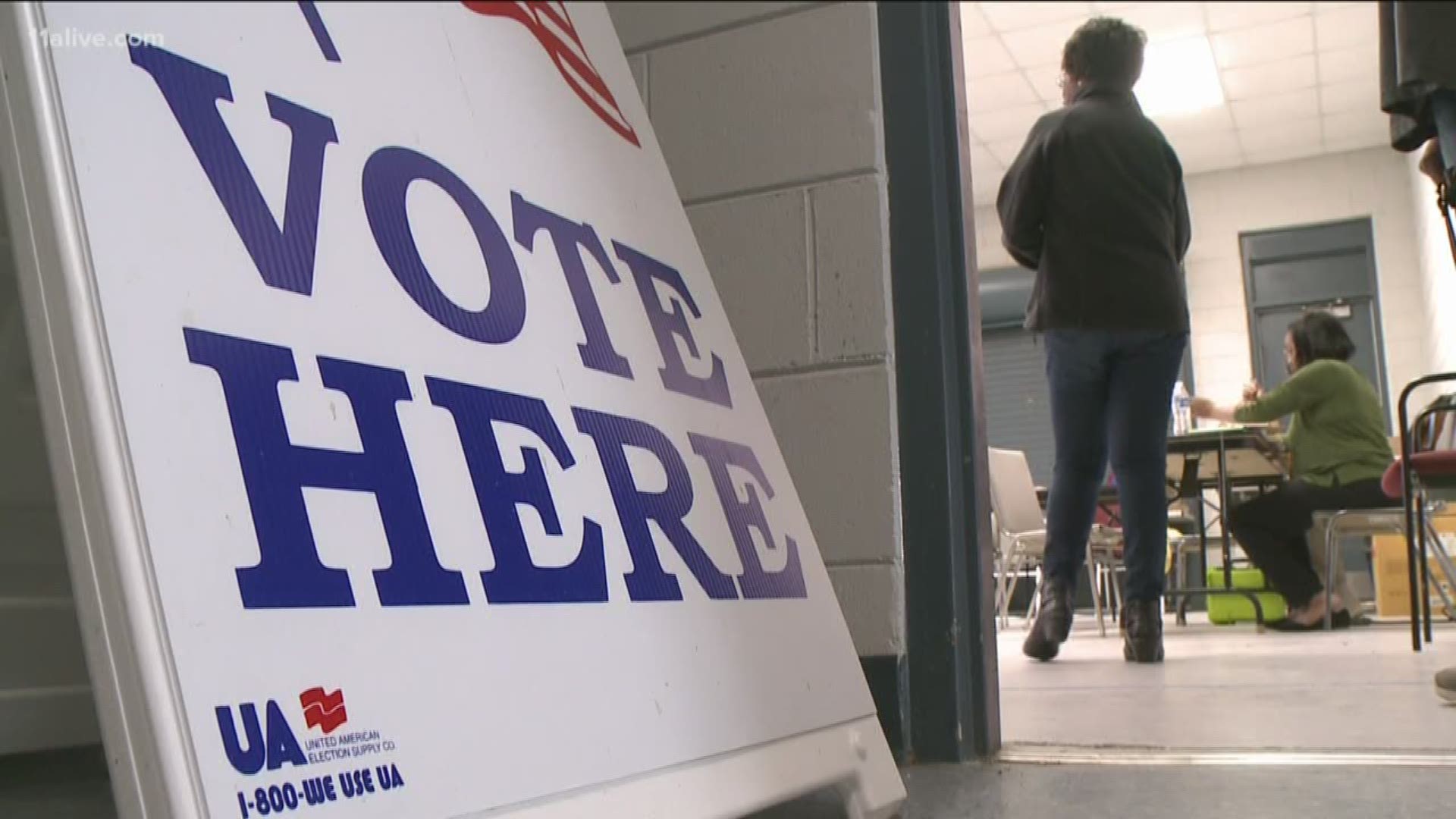 ATLANTA — Athens-Clarke County officials will have to explain their decision to pull the state’s new voting machines. They stopped using the machines last week and substituted hand marked paper ballots

At issue is whether the new voting machines ensure voter privacy – and whether local officials can autonomously make that determination.

The early voting precinct in downtown Athens has a handful of voting booths. But inside them, there are no voting machines. Last week, 11Alive saw voters get blank paper ballots, which they hand-marked before submitting them to a scanner for tabulation.

Although the county took delivery of nearly 300 new voting machines, the local election board decided the large, bright touchscreens failed to protect the privacy of voters.

Secretary of State Brad Raffensperger chairs the state election board, which is challenging the local board’s decision.

"Obviously, ballot secrecy is very important," Raffensperger told 11Alive in an interview. "We’ve made several steps to make sure we can safeguard ballot secrecy, ballot security," he said, while sidestepping questions about why the board was challenging the local decision.

The Secretary of State's Office has advised Georgia's county election directors to face the large, bright touchscreen devices toward walls and away from the interior of precinct rooms.

Raffensperger’s office spent more than $100 million to acquire the state’s new voting system, after months of sometimes contentious debate over whether the state should get any new computerized system.

In February, 11Alive visited a special election in south Georgia where some voters told us the new touchscreen devices were too easily seen by other voters in the precinct.

"I think all the counties, by now, realize it’s a totally different system," Raffensperger said.

The new system replaced touchscreens that were smaller, dimmer and laid mostly flat on the voting booth.

This month’s presidential primary is the first time the new system is being used statewide.  In Athens-Clarke County, the decision to pull the machines could be a precursor to other counties doing the same thing, activist Jeanne Dufort told 11Alive last week.

"All because we picked a machine that violates ballot secrecy. My advice would be pack 'em up, send 'em back to the vendor, and say 'you said you sold us stuff that complies with Georgia law,'" Dufort said.