While they've been described as the party's backbone, Black women themselves haven't always reached some of those elected heights themselves. 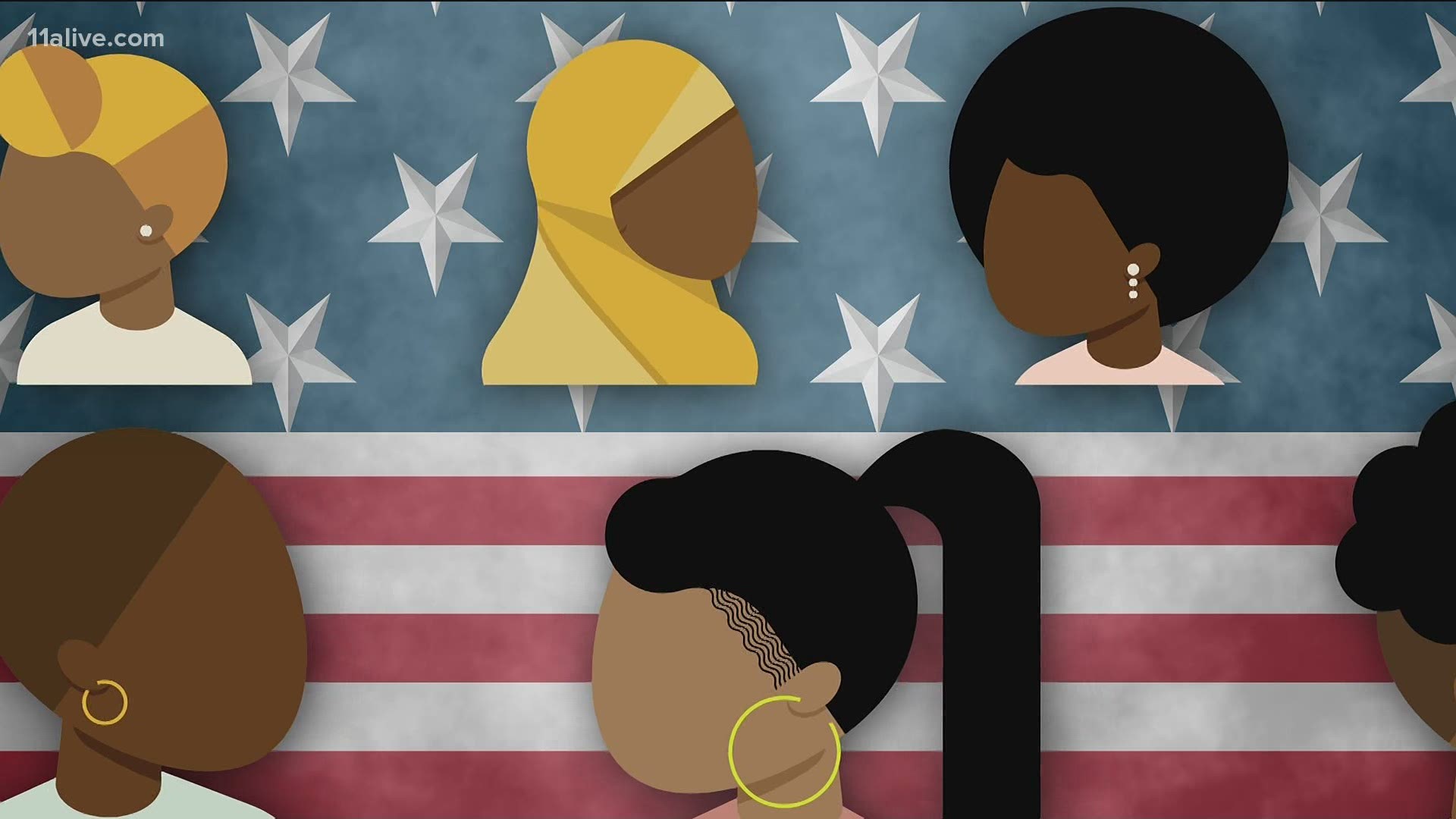 ATLANTA — We're still watching and waiting for presumptive Democratic presidential nominee Joe Biden to announce his running mate. We know it will be a woman, and a large number of those reportedly under consideration are women of color.

Taking a look at one Georgia county shows how Black women are getting to work and making a name for themselves in American politics. Black woman have proven to be a strong part of the Democratic Party, considered by many to be among the most reliable and loyal voters.

They were credited with reviving Biden's presidential campaign in South Carolina and sending Alabama Senator Doug Jones to Washington in 2017, the first time a Democrat had done that in 25 years.

While they've been described as the party's backbone, Black women themselves haven't always reached some of those elected heights themselves.

While there have been several dozen Black women congressmen, there have only been two Black women senators elected in history: Carol Moseley Braun in 1992 and Kamala Harris in 2017.  There has never been a Black female governor in the United States.

Over the last few years, Black women across the country have increasingly run for and won elections in historic numbers on all levels, and where they didn't win they've made big strides.

The changes are coming in suburban areas where cultures and populations have shifted.

Take Cobb County, for example, 40 years ago in 1980, Cobb was 4.5 percent African American. Now that number has jumped to 27 percent.

A report on women of color in office from the Center for American Women and Politics found that nationwide  six Black women serve in state-wide elected offices, 304 have been elected to state legislatures, and seven serve as mayors in some of the nation's largest cities.

According to Higher Heights for America, a non-profit working to increase Black women's political power and leadership, when it comes to Congress, it's more diverse than ever, but some argue there’s still a long way to go with 22 Black women serving in the House of Representatives and one in the Senate out of 535 seats.