In a meeting, the county's attorneys advised the board that they felt the challenges did not warrant probable cause for a full hearing. 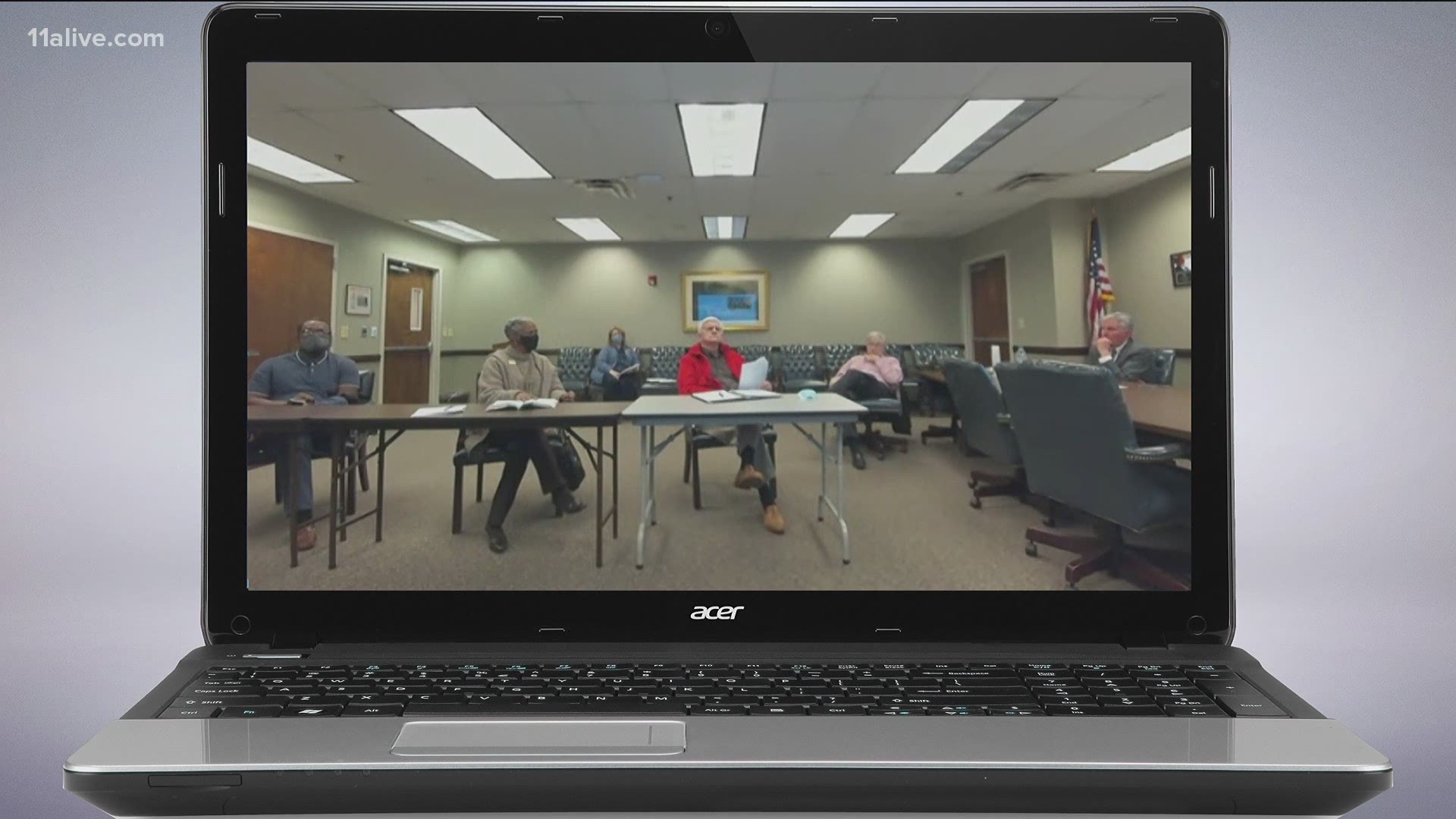 COBB COUNTY, Ga. — UPDATE: The Cobb County Board of Elections & Registration unanimously voted to deny a full hearing two separate challenges that sought to disqualify thousands of registered voters ahead of the Jan. 5 Senate runoffs.

In a meeting that lasted fewer than 20 minutes, the county's attorneys advised the board that they felt the challenges did not warrant probable cause for a full hearing.

"The mere production of a voter registration database compared with a national change of address registry is not sufficient," one attorney said.

That attorney noted that the change of address form used by the National Change of Address registry offers a place to mark whether a move is temporary or permanent, and that the database supplied by Cobb County GOP Chairman Jason Shepherd did not include that distinction.

"In fact many people change their address for various reasons. They're temporarily working somewhere else, and particularly during COVID they may be out of state, or county, taking care of a loved one who's sick and they want to receive their mail. So the mere fact that there is this list that has these names on it to me isn’t sufficient," the attorney said.

"This is very close to the type of thing that the National Voter Registration Act prohibits which is massive list maintenance during an election," he said.

The Cobb election board vice chairman, Fred Aiken, before calling the vote to deny a hearing said that, "I agree that we have a lack of evidence for proof."

A pair of separate challenges against thousands of Cobb County voters, in an attempt to disqualify them from the Jan. 5 Senate runoffs, will be based largely on National Change of Address records, according to copies of those challenges.

The challenges will be heard in a special meeting of the Cobb County Board of Elections & Registration this afternoon at 3 p.m.

The hearing will be considered like a "probable cause" hearing, after which the board will determine if it wants to pursue a full hearing, according to a county spokesman.

RELATED: Cobb County to hear challenge to more than 16,000 voters ahead of Senate runoffs

The challenges are being brought by Jason Shepherd, the chairman of the Cobb County Republican Party, and Pamela Reardon, a Cobb County realtor.

Both challenges are relying on NCOA records that indicate the voters now reside outside Georgia. They're being brought under §21-2-230(a) of the Georgia Code, a statute providing for bringing challenges against individual voters in advance of an election.

§21-2-217 of the Georgia Code, "Rules for determining residence," lay out in detail how one may lose or gain residency in the state. §21-2-217 (9) does allow that "the fact of removal without the intention," is not enough to determine a person has lost residency, indicating each voter's intent may need to be established.

This section of state law also allows for exceptions for schooling and government service reasons.

11Alive's Brendan Keefe noted that in the larger list supplied by Shepherd, many addresses appeared to be associated with schooling or military purposes.

Here's a couple of screenshots I took from the big database of voters they want to disqualify in Cobb County. APO = Army Post Office. FPO = Fleet Post Office. DPO = Diplomatic Post Office. These are Georgia voters serving our country out of state/overseas. https://t.co/N7UOCuTYLq pic.twitter.com/pF3qAjE43u

Reardon states in her challenge that her list was "processed by qualified professionals against the US Postal Service’s NCOA database. This process was performed uniformly across the entirety of Georgia’s list of qualified electors without regard to political affiliation or prior voter history. Care was taken to identify and remove addresses for military personnel."

It's not clear if any of the people on these lists have already voted in the runoffs.

The law appears to stipulate that any challenge to an in-person voter must be made before that person has voted. But those who have already voted by absentee ballot would appear to be open to challenge, under the law, until 5 p.m. on Jan. 4, in the case of the Jan. 5 runoffs.

It's not clear if the Cobb board finds probable cause for the challenge, that those voters will be notified and given a chance to respond, under the "if practical" stipulation in 21-2-230 (b).