Votes for the presidential race are still being counted. 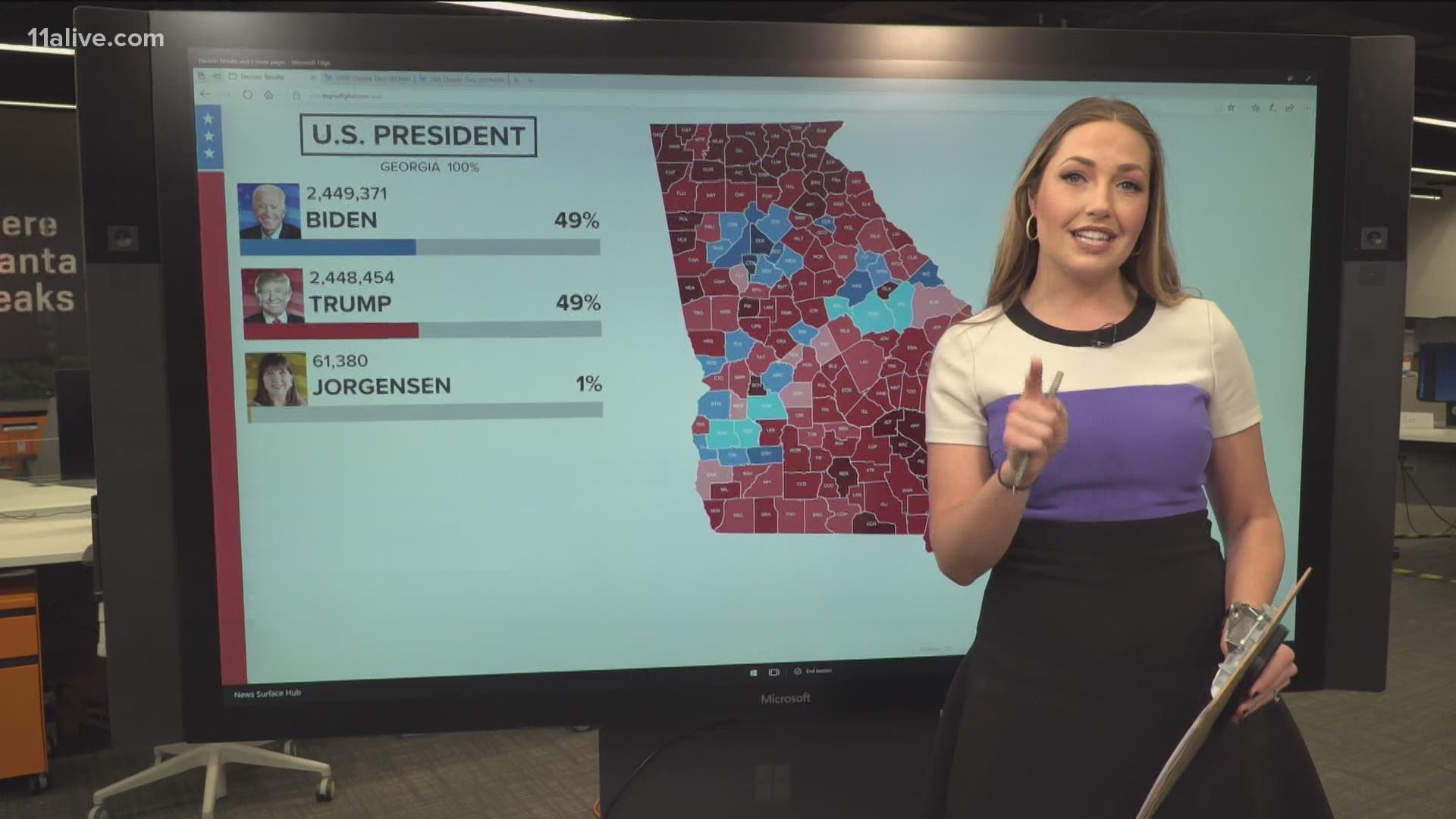 CLAYTON COUNTY, Ga. — As Georgia gets closer to counting every vote, the race for the state’s 16 electoral votes is getting tighter. President Donald Trump has lead Georgia since election night when in-person votes were counted. But, as absentee ballots were added to the total, former Vice President Joe Biden began narrowing the margin.

It’s a significant moment in history because parts of Clayton County, a Democratic stronghold in the state, are in Georgia’s 5th Congressional District that for three decades was represented by the late Congressman John Lewis. He died this summer from complications of cancer.  Before his death, he endorsed Biden for president.

Lewis was a champion for the vote. In his final message to America that he wrote while dying, Lewis advocated for voting.

“Ordinary people with extraordinary vision can redeem the soul of America by getting in what I call good trouble, necessary trouble. Voting and participating in the democratic process are key. The vote is the most powerful nonviolent change agent you have in a democratic society. You must use it because it is not guaranteed. You can lose it,” he said.

Votes are still being counted and 11Alive will update totals as they come in. Check back here for updates.