In April, the site started linking anti-Kemp articles. However, that has changed. 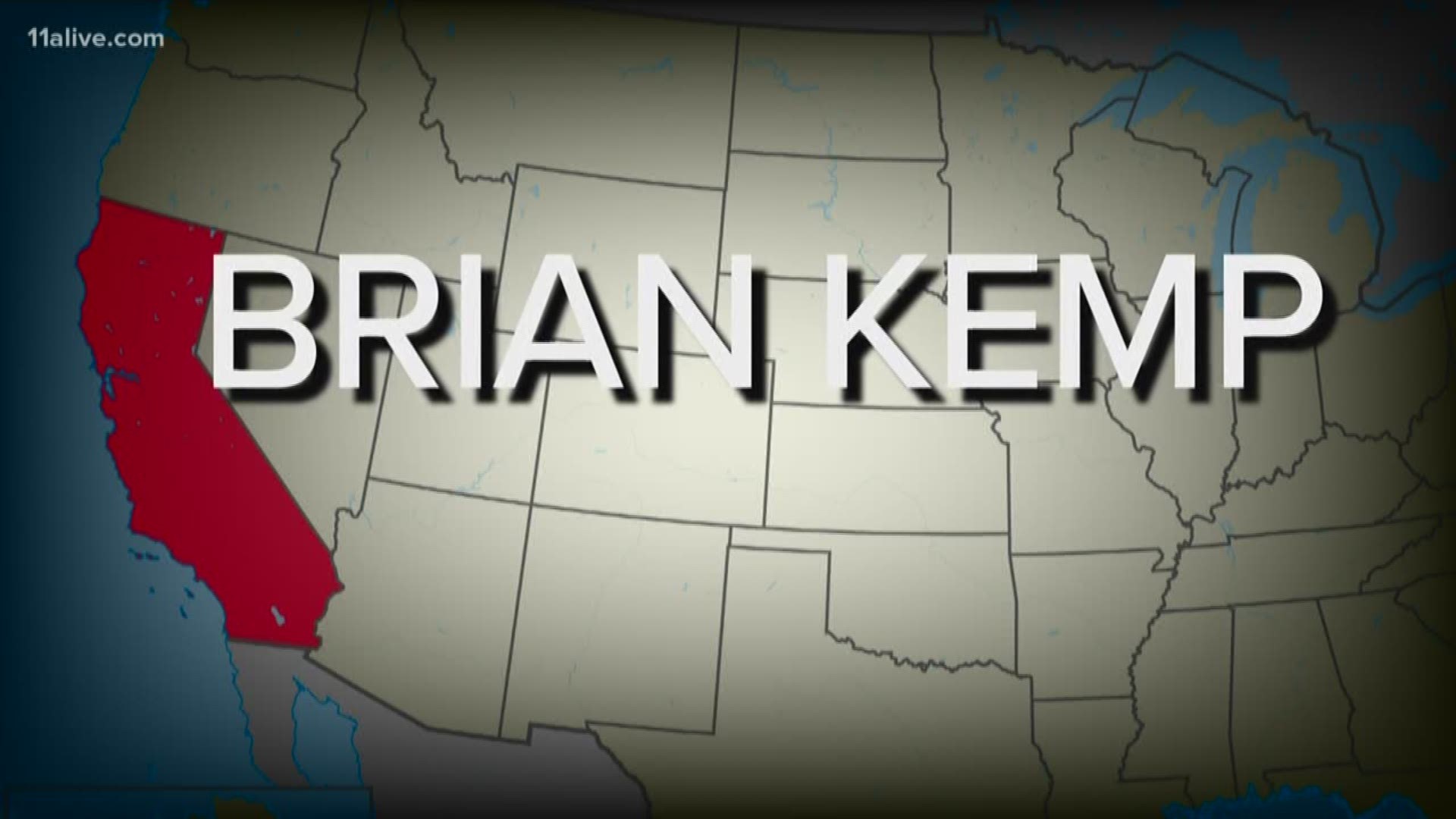 A month ago if you typed in briankemp.com online, you might have discovered something mysterious.

The traffic was redirected to his gubernatorial opponent's website, staceyabrams.com. Turns out there are two Brian Kemps. One of them lives on the west coast.

The domain name was bought in 1999 but had little activity until 2013. That's when the California public relations manager named Brian Kemp, started using it.

In April, the site started linking anti-Kemp articles. By August, the traffic was forwarded to Stacey Abrams' website, who is Kemp's opponent in the race for governor.

However, that has changed. State Rep. Colton Moore and domain expert Michael Gargiulo worked together to come up with a resolution. They brokered a deal to reclaim briankemp.com for the east coast.

"We actually did not have any direct communication with the seller, so I just made an offer, he made a counter, and within 36 hours, we had a deal put together," Gargiulo said.

It was paid for by the personal funds from Rep. Moore.

"This is not a high six figures transaction, this was in the lower five figures," Gargiulo said.

"Today when you go to briankemp.com, it takes you to a landing page where it explains how they were able to reclaim briankemp.com," Moore said.

Rep. Moore owns the domain now, but it has a link to the "Kemp for Governor" site.

So far, it doesn't appear that Kemp knows about it yet.

"I hope he's as excited and energetic as I am," Moore said.

11Alive reached out to the Abrams campaign for a response. We are still waiting to hear back.