The House passed it on a party line vote and will send it to the Senate, which has its own version. 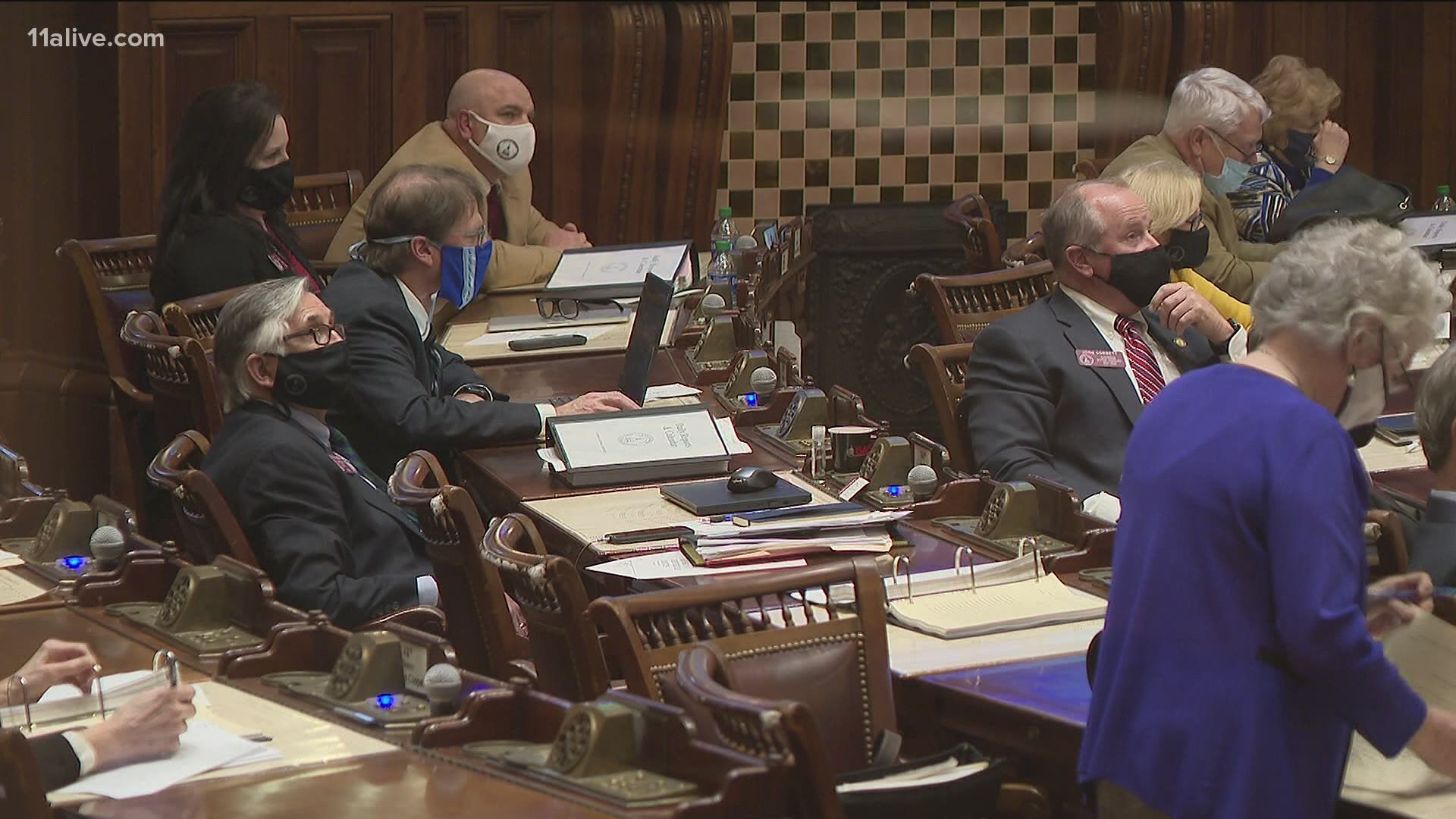 ATLANTA — The Georgia House passed a controversial election bill that would add voting restrictions in upcoming elections.  The bill came in light of Republican distress over Democrat Joe Biden’s victory in the November presidential election.

To Republicans, it is a series of perfectly sensible election reforms. To Democrats, it is nonsensical.

And to the Capitol Police – it was one of those high intensity bills requiring a hefty security presence in hallways, outside the legislative chambers and the offices of leadership.

House Bill 531 is a 66 page bill that would create tighter restrictions on in-person voting, vote counting and especially, absentee balloting.

It adds an ID requirement for absentee ballot requests – but just an ID number if it’s government issued, like a driver’s license. It requires a copy of other identifying info like a utility bill, if the voter lacks a government ID.

It limits the number of absentee ballot drop boxes. It also requires drop boxes to be kept indoors, and inaccessible if the building is closed.

"We know that forcing counties to choose between Saturday and Sunday voting is targeting Black voters, who have used 'souls to the polls' to cast their votes" after church on Sundays, said state Rep. Bee Nguyen (D-Atlanta).

The bill also makes it a misdemeanor to give food or drink to any voter waiting in a line with 150 feet.

Critics said the bill was written just to give cover to Republicans smarting from former President Donald Trump’s loss of Georgia in November.

Republicans framed it only as reform.

"For those who want to keep hollering about suppression? I’ll tell you something: This is a politicized issue, folks. It’s about keeping people whipped up into a frenzy," said state Rep. Alan Powell (R-Hartwell). "That’s the political game. But it’s time to put it to bed, folks."

The House passed it on a party line vote and sends it to the Senate, which has its own version.

Democrats are already threatening to take to court just about any version and is signed into law.