Here's how Georgians reacted before and during the debate 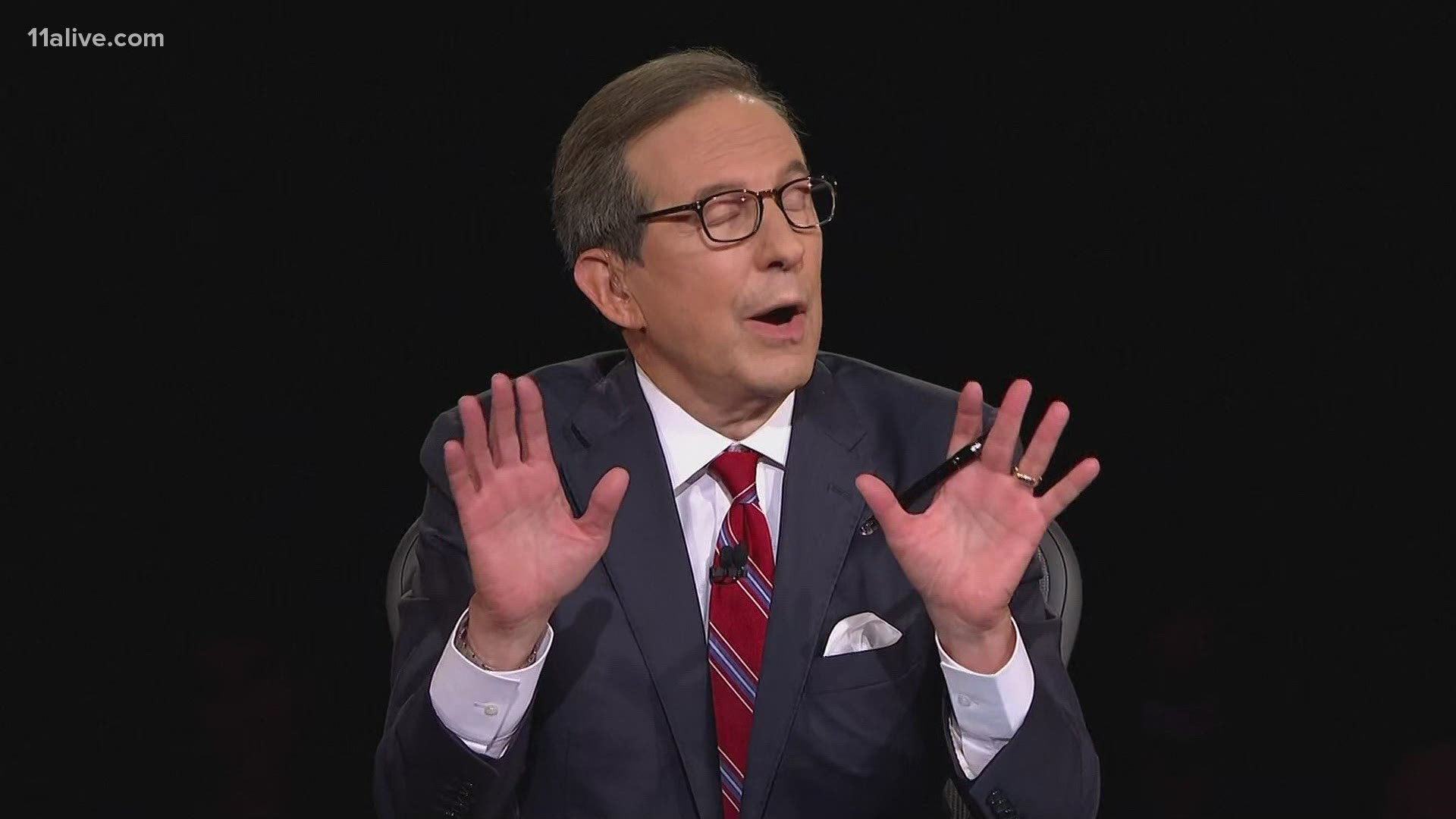 ATLANTA — Before Tuesday's first 2020 Presidential debate, Georgia voters told 11Alive the key issues they care about. Some of top issues; healthcare and the candidate's tax returns.

"How much are you paying?" said Georgia voter Kathy Sawyer with a laugh. "Because I’m paying a lot of taxes.”

Along with jobs, was COVID19.

James Sinkfield said, “I’m a flight attendant. I haven’t been furloughed but I have been on an extended leave to prevent furloughs. (I) want to see what’s going to happen in regards to me getting back to work and how is the pandemic going to affect us and my job.”

During the presidential showdown, President Donald Trump and Joe Biden touched on all those issues. 11Alive if Where Atlanta Speaks, so we checked social media to see which moments resonated with Georgians.

Trump's mini debate with moderator FOX News’ Chris Wallace became a big moment, with Christie from Decatur tweeting “how is he talking over the moderator?”

And Kirsten, also from Decatur tweeting the moment reminded her of a "Monty Python" segment.

When COVID-19 came up, Biden went after the president for his COVID response, as Trump questioned the Swine Flu response when Biden was VP.

Viewers on 11Alive's Facebook Page chimed in, saying Biden had no right to question Trump on his COVID response.

Billy from Covington tweeting, "he’s cutting off the president."

In Georgia, Biden has a slight lead over the president, with 50 percent to Trump’s 46 percent, according to a new Quinnipiac University Poll. Overall, comments on our 11Alive's Facebook page were split, with the debate seeming to do very little to sway people’s support in one direction or another.