"The 'Every Child Deserves a Family' Act puts the happiness and well-being of our children front and center," Lewis said. 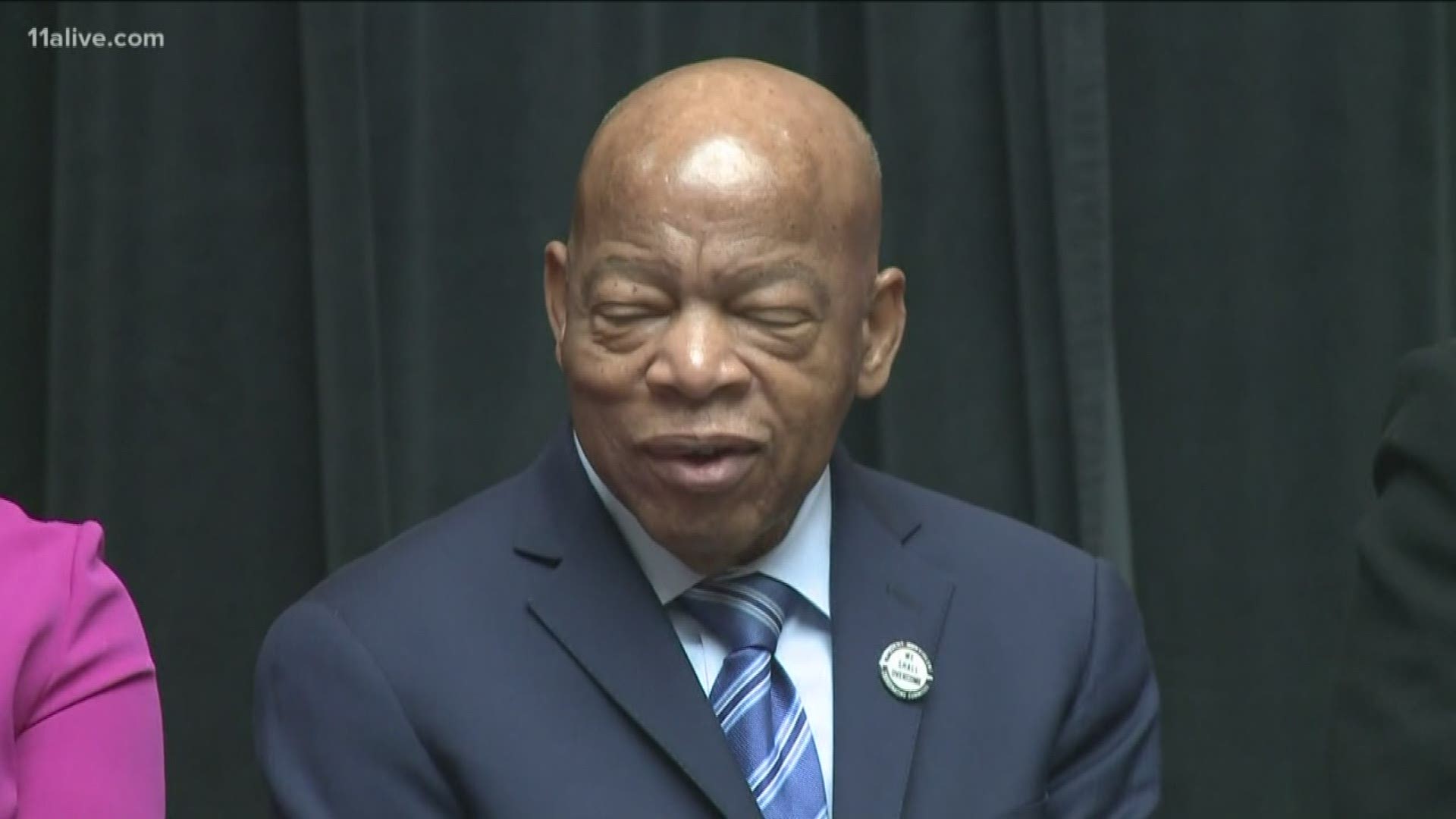 ATLANTA — Congressman John Lewis is reintroducing a bill that looks to eliminate discrimination in child welfare systems based on religion, sexual orientation, and gender identity.

The Georgia Democrat and Rep. Jenniffer González-Colón of Puerto Rico reintroduced the Every Child Deserves a Family Act on Tuesday.

"The 'Every Child Deserves a Family' Act puts the happiness and well-being of our children front and center, engaging every possible match between solid families and children searching for a home," Rep. Lewis said in a tweet.

According to the news release, there are more than 400,000 children in the child welfare system - more than 100,000 of those kids are waiting for permanent families. The release also said 30 percent of children in foster care identify as LGBTQ.

"They are more likely to experience poor treatment, discrimination, or violence while in care," the news release said.

This bill hopes to stop discrimination against them.

Outside of sex and gender identity, the measure also seeks to stop biases based on religion and marital status in child welfare systems receiving federal funds. They believe this will help increase diversity and the number of foster and adoptive homes.

“Too many children dream of a stable, loving family,” said Rep. Lewis in a news release.  “Many adults want to open their homes and their hearts, but they also are facing more and more barriers, because some officials can say they practice the wrong religion, love the wrong person, or are not married."

The bill was first introduced in 2009 by former California Rep. Pet Stark. Rep. Lewis has been the bill's primary sponsor since 2013. Sen. Kirsten Gillibrand of New York is the Senate sponsor.

Read the full bill here. A summary of the act is also available online.

Trump tweets in support of LGBT people for Pride Month