They've done it for years, and David Young plans to keep going as long as he possibly can. 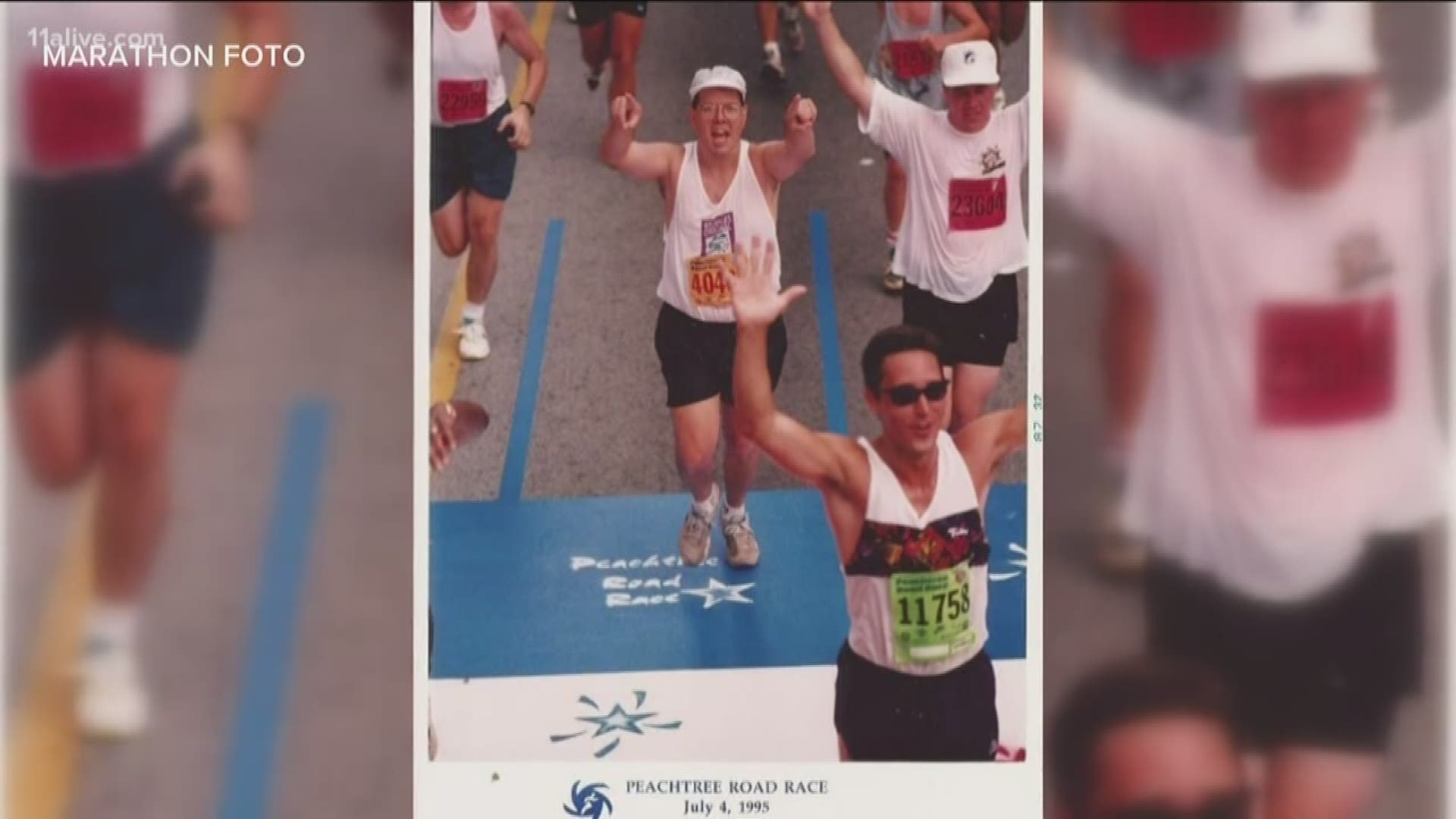 ATLANTA — Every Fourth of July, family and friends run the AJC Peachtree Road Race together. The holiday wouldn't be the same without it.

That's the case for the Young family of Decatur.

“I started it the first time in 80's that in and the next thing you know we're all running it.”

The family runs and saves memorabilia from races past.

“Everything from the bags that the t-shirts came in, to the magazines,” said David.

It all started when he spotted someone proudly sporting an AJC Peachtree Road Race shirt, and the rest is history.

David started in 1987, his wife Betty Young joined in 1989, and his sons started as soon as they hit the age requirement, with Mike and Tyler Young having now been running the race for about 22 and 18 years each.

This year's 50th running of the AJC Peachtree Road Race could be David's last as a participant.

“I could tell some symptoms a couple years ago, but you just figure well I’m older, that's just the way it is, I’m slowing down kind of thing,” said David.

But age wasn’t the issue. David was diagnosed with Parkinson’s Disease in November 2017. It’s a disorder of the central nervous system that impacts a person's movement and can often cause tremors.

“It's just adapting and keep moving ahead. Like I say, exercise is a big part of Parkinson’s so I’m going to keep it going as long as I can,” David said.

His sons said they weren't surprised by his determination to keep up the tradition.

“We want him to experience all of this with us as long as we possibly can, and I think that he's got it in him to keep it up," Tyler said. "If this is his last year, so be it, but I think we will see him out here again next year.”

So, the plan is keep on keeping on with, as Betty says, no man left behind.

“We'll stop at every water stop and walk for a second or two and it's all good," she said. "If we end up walking at the end at least we cross together.”

When they finally do have to take a step back, David said he's still going to be part of it all any way he can.

“I'll start volunteering!” David said. “Those volunteers do such an incredible job handing the water and encouraging and stuff like that, so I figure I’ll be one of those people.”