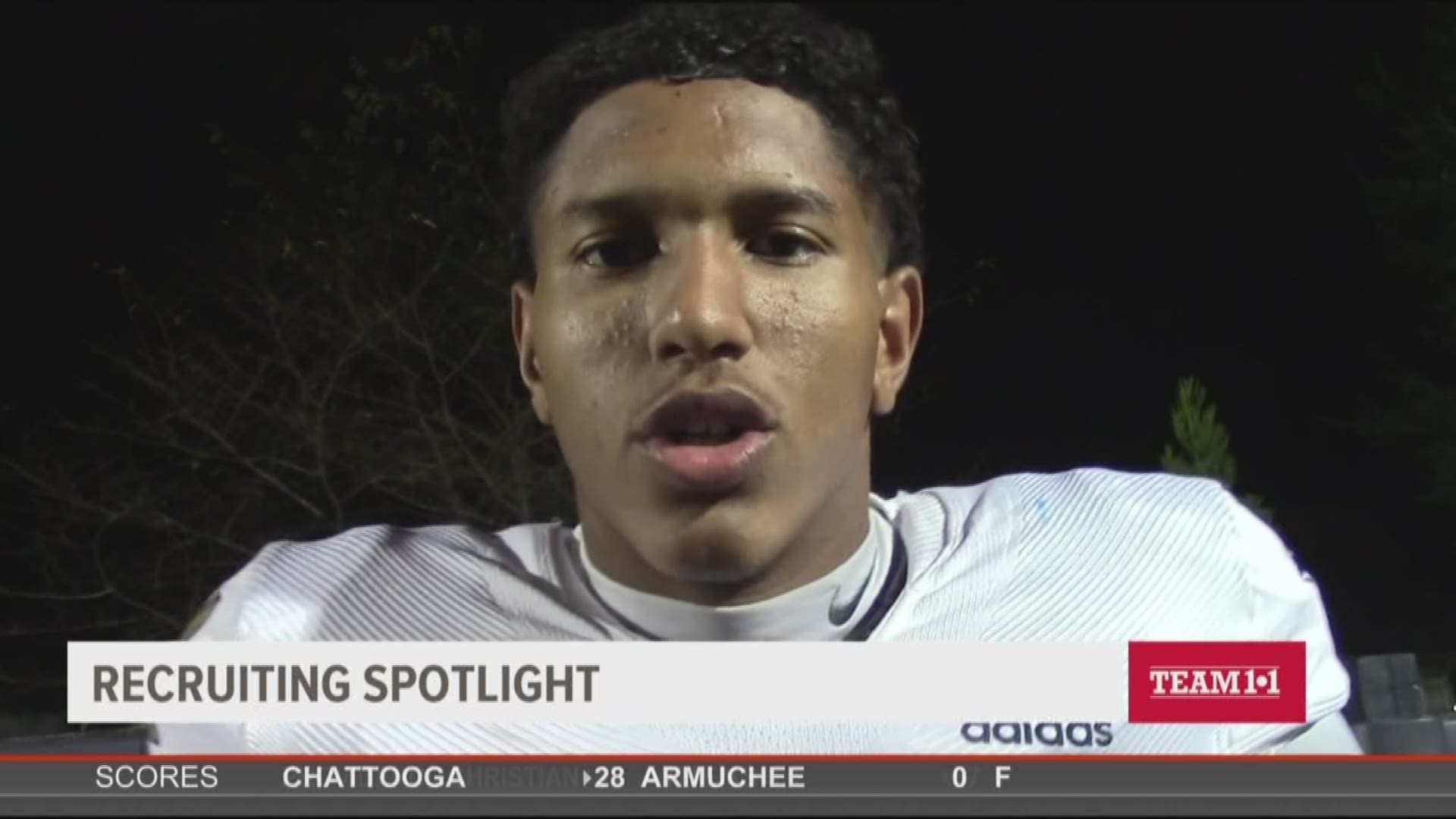 POWDER SPRINGS, Ga. — McEachern’s Carlos Del Rio didn’t need long as a starter to show recruiters why he deserved a shot as a college quarterback.

Taking over under center for the Indians last year as a sophomore, Del Rio threw for 2,150 yards and 20 touchdowns in his first full year as a starter.

Now a four-star prospect according to Rivals.com, the 6-foot-3 signal-caller has offers from a handful of the country’s major college programs.

Florida State, LSU, Michigan and Virginia Tech have all come calling. However, according to Del Rio, it was Florida that made him feel at home more than any other program.

With a coach who has a strong history of developing quarterbacks in Dan Mullen, Del Rio also believed Florida gave him the best chance to continue to develop on the field.

He officially announced his decision to commit to the Gators this past July and says he hasn’t looked back since.

“It’s about the connection with the coaches and players,” Del Rio said of his decision. “The coaches have treated me like I’m already on the team. They keep it real with me.”

Dan Mullen, now in his second season as the Gators’ head coach, also has a strong reputation for developing quarterbacks.

Aside from his on-field abilities, Del Rio also says he savors competition and the chance to prove himself as a quarterback every time he takes the field.

While some high-profile quarterbacks choose their program based on whether they will start straight away, Del Rio prefers a different approach.

“[Competition] was another one of the main reasons I chose Florida,” Del Rio said. “I don’t want to come into a school and know my spot is guaranteed, I’m a competitor. I want to come in, compete and show I’m that guy.”

We have a Landmark Dodge Team 11 Game of the Week