Cori "Coco" Gauff, the Atlanta native who has taken the tennis world by storm, lost at Wimbledon Monday.

Halep broke Gauff five times and took advantage of 29 unforced errors. Gauff saved two match points when serving at 5-2 but Halep clinched the win when the teenager sent a forehand wide in the next game.

Gauff was the youngest player to qualify for Wimbledon in the professional era, winning three matches last week against higher-ranked women in the preliminary rounds.

Then, by upsetting five-time champion Venus Williams, who is 39, in the first round of the main event, Gauff became the youngest woman to win a match at the All England Club since 1991, when Jennifer Capriati reached the semifinals at 15.

That was followed by a win against 2017 Wimbledon semifinalist Magdalena Rybarikova, who is 30, before getting past Hercog, 28.

Gauff was born in Georgia and is now based in Florida

Coco Gauff on Wimbledon third round comeback: When I was down, I said I can fight back 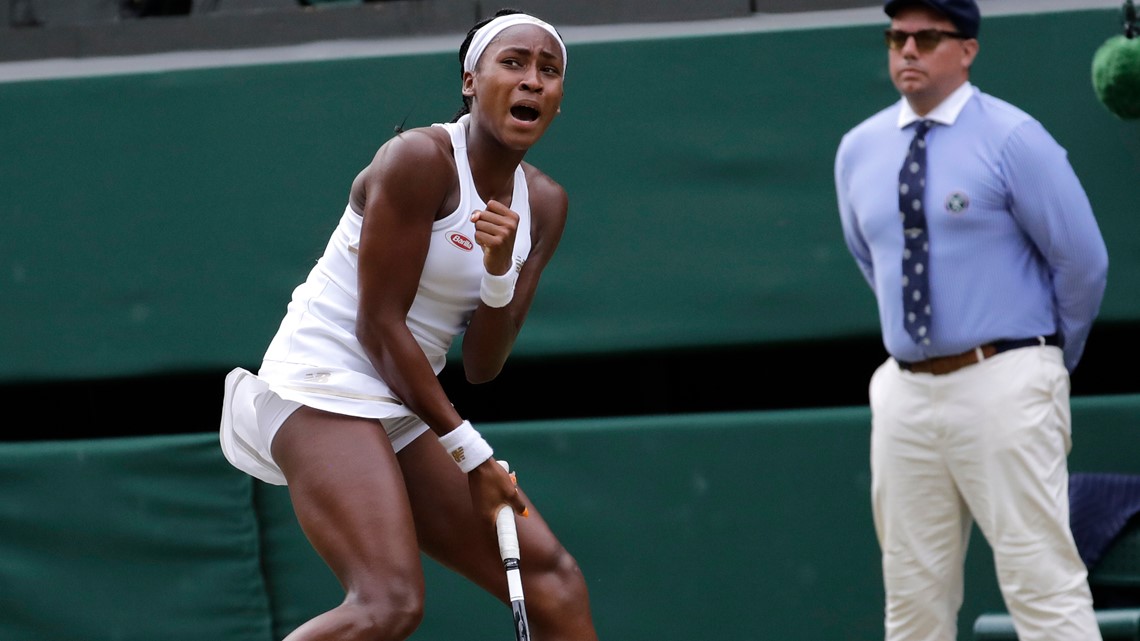