COVID-19 has placed a financial burden on sports around the world. MLB in particular took a large financial hit. Braves President Derek Schiller discusses how much. 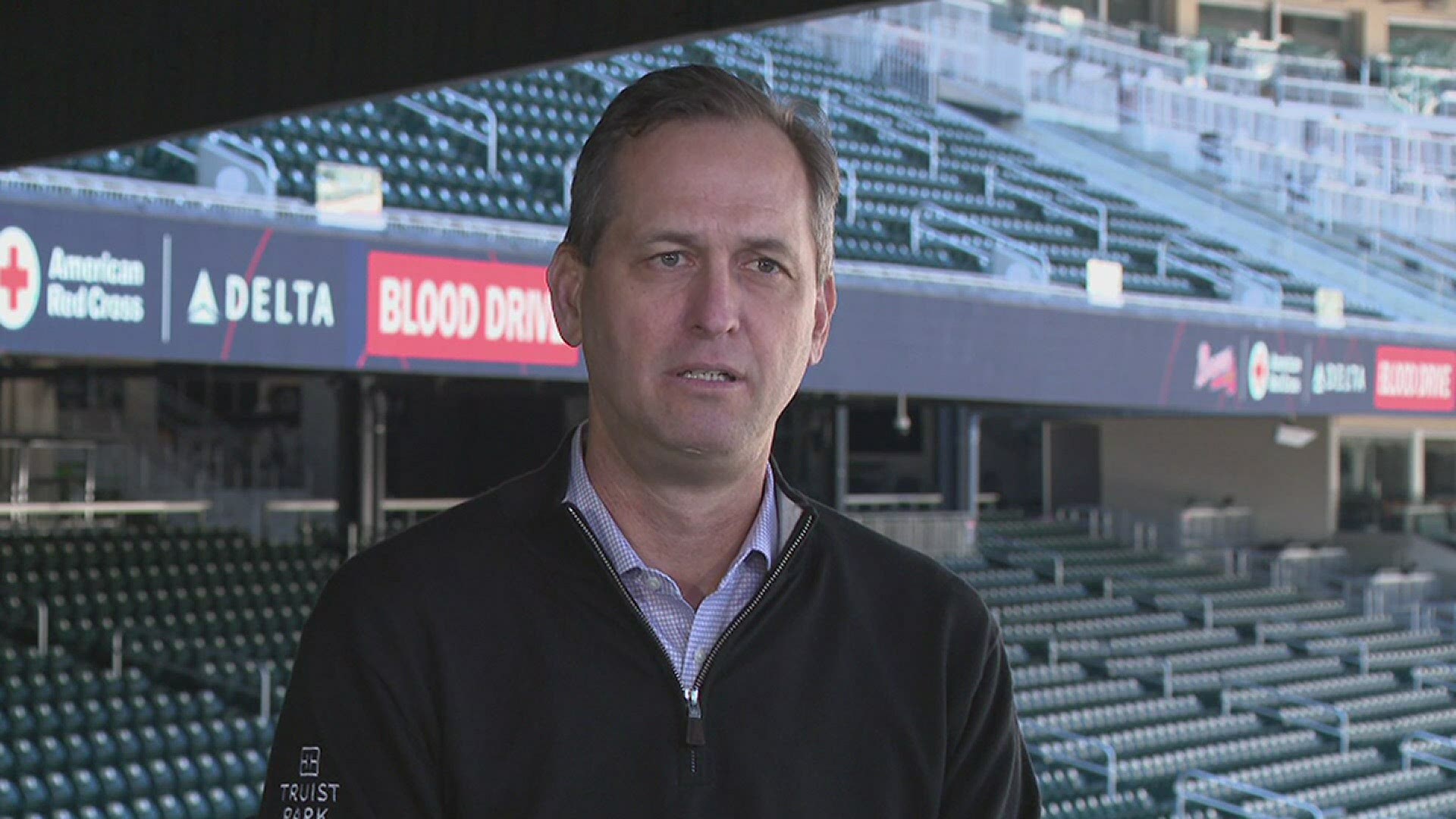 To put things into perspective, in the 2019 year, the Braves made $476 million in revenue and $54 million in profit.

Fast forward to the 2020 year, in pure revenue, the money the club generated ended up being $178 million, according to the Liberty Media Corporation annual report.

“We were hurt really bad by this, as were a lot of other businesses," Schiller said.

MLB faced a collective revenue loss of approximately $2.8 to $3 billion in 2020, according to MLB commissioner Rob Manfred in an interview he did back in October.

Despite that, Schiller said the team will be trying "everything we can to make sure that (the financial loss) doesn’t impact the product.”

“The product for us is a winning baseball team," he added. "We think we’ve got a great product that’s going to hit the field this year. We think it’s even better than last year."

The Braves came within one win of going to the World Series last season. Schiller said it’s even more remarkable to know that with all the financial impacts, "we still have a chance to have an unbelievable baseball team."