"The City of Atlanta joins the world in mourning the loss of Kobe Bryant." 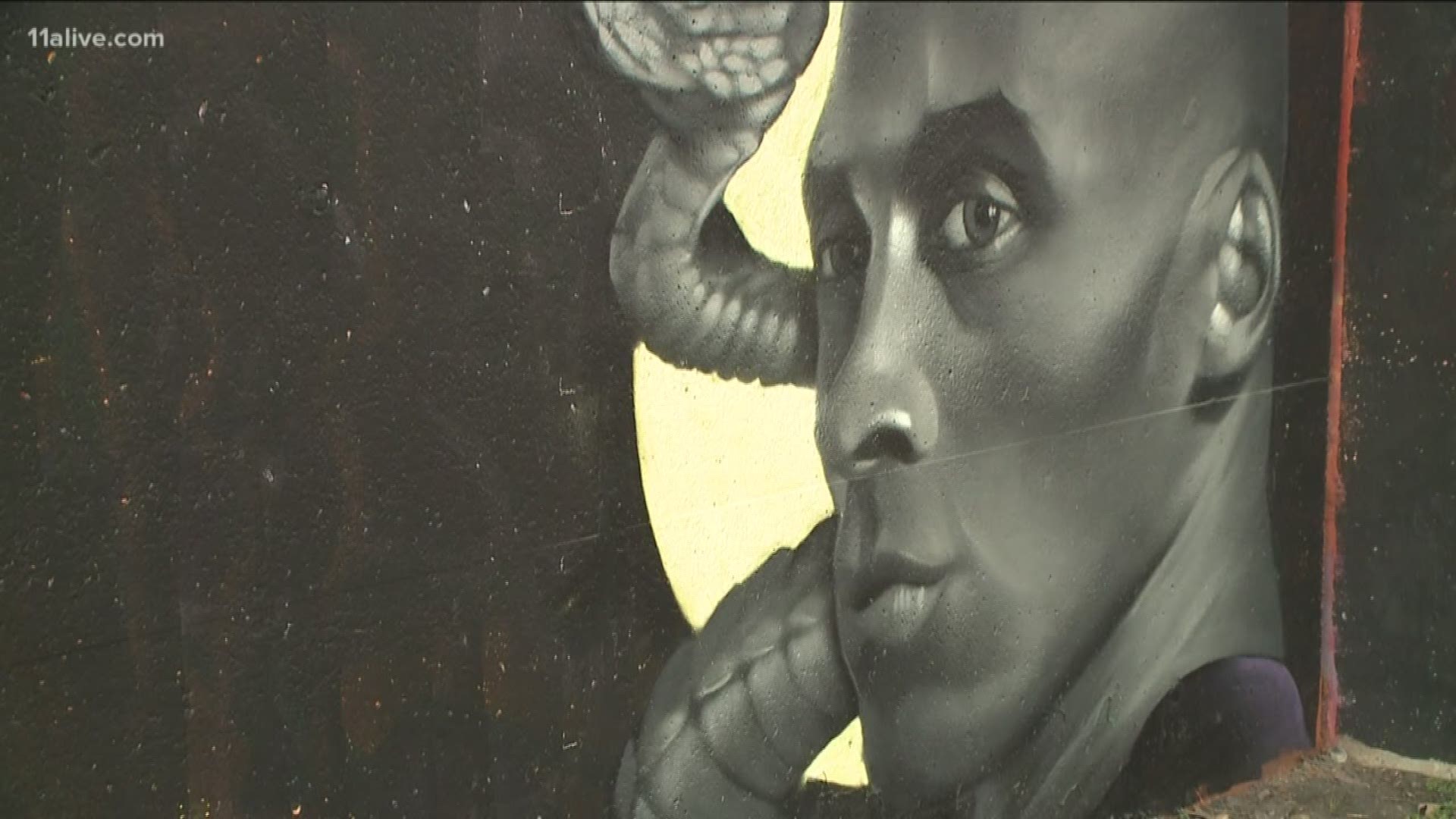 ATLANTA — The City of Atlanta is joining the rest of the world in honoring and remembering an NBA legend.

Kobe Bryant was one of nine people who died in a helicopter crash Sunday that killed everyone on board, including his daughter.

The city said that an artist, who goes by MFK and @404era on Instagram, is painting a mural at the Historic Fourth Ward Skatepark in honor of Bryant.

Credit: City of Atlanta
Artist known as @404era is painting a mural of Kobe Bryant in Atlanta.

"The City of Atlanta joins the world in mourning the loss of Kobe Bryant, his daughter Gianna, and all the other passengers on board. Our thoughts and prayers are with their family and friends," they said in a statement.

11Alive also spotted another mural along the Beltline near the Historic Fourth Ward Skatepark. It is unknown who the artist was.

The impact Bryant had on people all over the world, not just basketball fans, has been shown since the news broke of his passing.

The Atlanta Hawks, who played Sunday night against the Washington Wizards, honored Bryant with a moment of silence. Both teams also took 8-second and 24-second violations to start the game. Bryant wore those two jersey numbers during his career.

Petition calling for NBA to change logo to Kobe Bryant has more than 200,000 signers

The 9 victims in the helicopter crash that killed Kobe Bryant

'He was with me tonight': Trae Young provides echoes of Kobe Bryant in Hawks win