Georgia native Trevor Lawrence: This is my last season with Clemson

The star quarterback plans to enter the NFL draft next year. 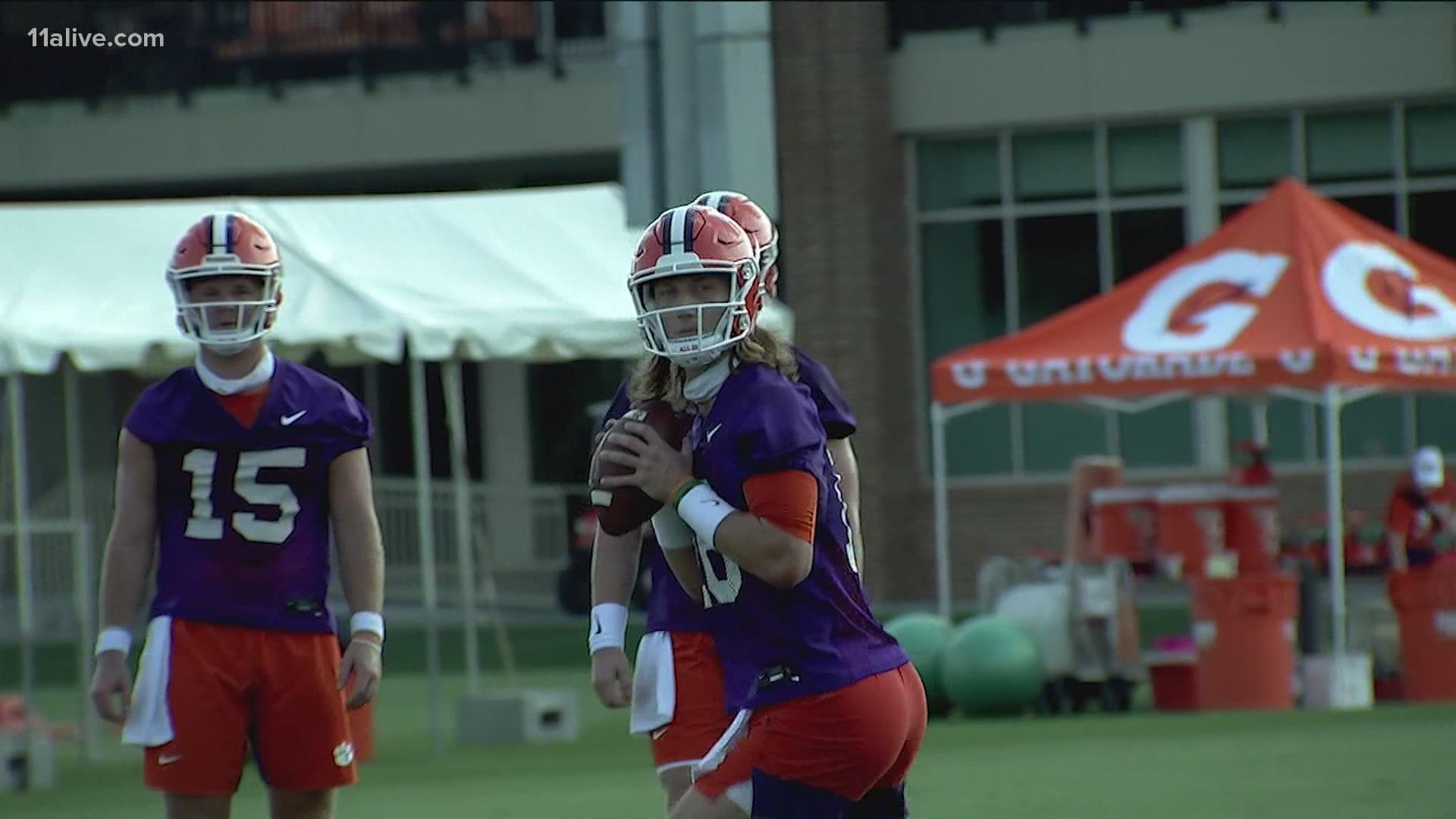 CLEMSON, S.C. — Big news erupted even before the first major college team hit the gridiron on Saturday - and it will have an impact on Clemson and the NFL.

Star quarterback Trevor Lawrence, a Georgia native, told ESPN he is playing his last season with the Tigers before moving on to bigger and better things. Lawrence is widely expected to be the top pick in next year's NFL draft.

He said he's planning on graduating early, meaning he'll be heading to the big league with a diploma in hand if everything goes as planned.

Lawrence's impact has definitely been felt on the field for Clemson but, thanks to social media, he's also been the voice of a rallying cry among athletes.

Back in August, four words in one of his tweets reverberated around social media amid fears that there would be no sports in the fall due to COVID. Those words: "We want to play."

Now, as football season sees a cautious opening in some conferences, Lawrence will get the chance. And the way draft projections look right now, he'll keep doing it on another level in the coming year.