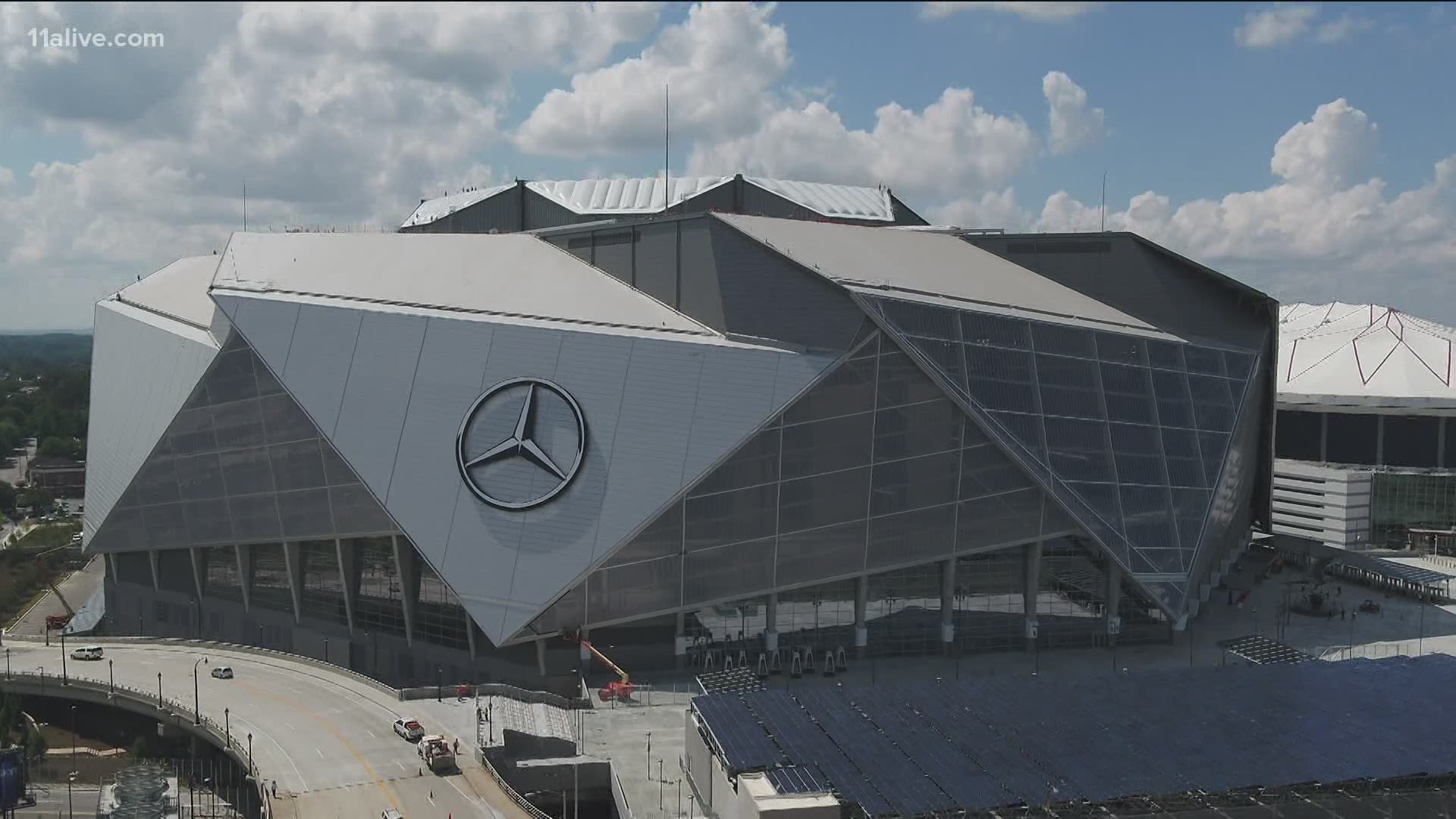 ATLANTA — After playing home games in front of no fans in September due to the coronavirus pandemic, the Atlanta Falcons and Atlanta United announced today that they'll begin to let spectators back next month.

Team and stadium officials made this decision based on several factors including the recent decline in COVID-19 cases in the state of Georgia, they said.

They said they will continue to monitor conditions and would consider reversing the course if needed.

The Falcons game on Oct. 11 vs. the Carolina Panthers will be the first game with fans.

Major League Soccer officials are expected to announce the schedule for the second phase of MLS competition in the coming days.

“We are thrilled to invite fans of both the Falcons and Atlanta United back to Mercedes-Benz Stadium,” says Steve Cannon, CEO, AMB Sports and Entertainment. “Having fans watch from alternative locations was a difficult, but important decision. It’s been challenging for both teams to play without fans, but their well-being as well as the safety of our associates and fans was paramount.”

As a test, the Falcons will host roughly 500 friends, family and associates for the game against the Chicago Bears on Sunday, Sept. 27. This will allow the stadium operations team to assess and address any issues that might surface and be ready to have fans back in the building.

More information will be shared directly with season ticket members and fans in the coming weeks regarding ticket access and game day protocols.

The team announced in July that the "limited capacity" would be "up to 10,000-20,0000" for home games, however, it is not certain how many will be allowed for the October games.