The three-time gymnast Olympian dedicated her life to the sport. Now, she is changing the future class of gymnasts to be better people. 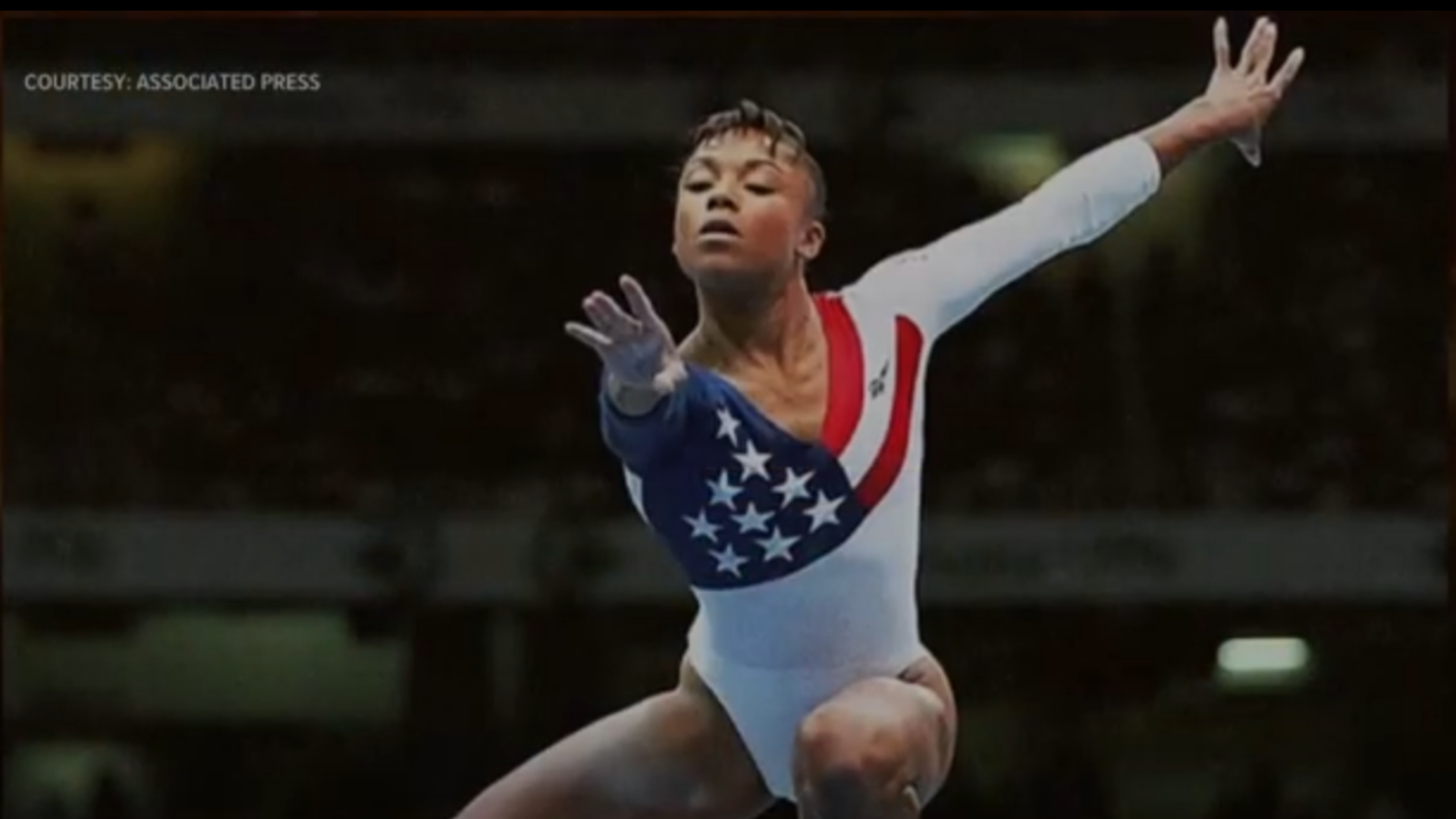 Yet what Dawes did as a gymnast isn't her most meaningful contribution to gymnastics.

Dawes is outspoken about her treatment as a girl growing up in a sport repeatedly linked to physical, verbal and emotional abuse.

"I remember standing on the podium; I remember thinking this is it. I've worked my whole career, my whole childhood for this one moment, and there wasn't really a sense of happiness, of completion, of gratification that I thought I would get," Dawes said. "Now, I'm truly honored. Blessed to be part of the Magnificent Seven, gold medal-winning team, but that didn't give me strength, didn't give me courage and definitely didn't lead to happiness."

Credit: ASSOCIATED PRESS
** FILE ** In this June 30, 1996 file photo, the U.S. Olympic Women's Gymnastic Team waves to the crowd following the team trials in Boston=. From left are Kerri Strug, Jaycie Phelps, Dominique Moceanu, Shannon Miller, Dominique Dawes, Amy Chow and Amanda Borden. The Magnificent Seven will have one of their rare reunions Thursday June 19, 2008, when they're inducted into the U.S. Olympic Hall of Fame. (AP Photo/Susan Walsh, File)

Dawes, now a mom of four, has opened her own gym in Maryland. She focuses on helping kids become better gymnasts and people.

"I think what I'm most proud of is that I can try to leave a lasting legacy and change people's perception of gymnastics that have been in gymnastics," Dawes said. "I want to change what the sport of gymnastics offers to young girls and boys – that's why I'm so passionate to take the pain that I went through and use it to drive me to a greater purpose and deeper passion."

In 2010, President Obama appointed Dawes as co-chair of the "President's Council on Fitness, Sports and Nutrition," along with former New Orleans Saints quarterback Drew Brees.