Here's what you need to know about the team's run in Tokyo. 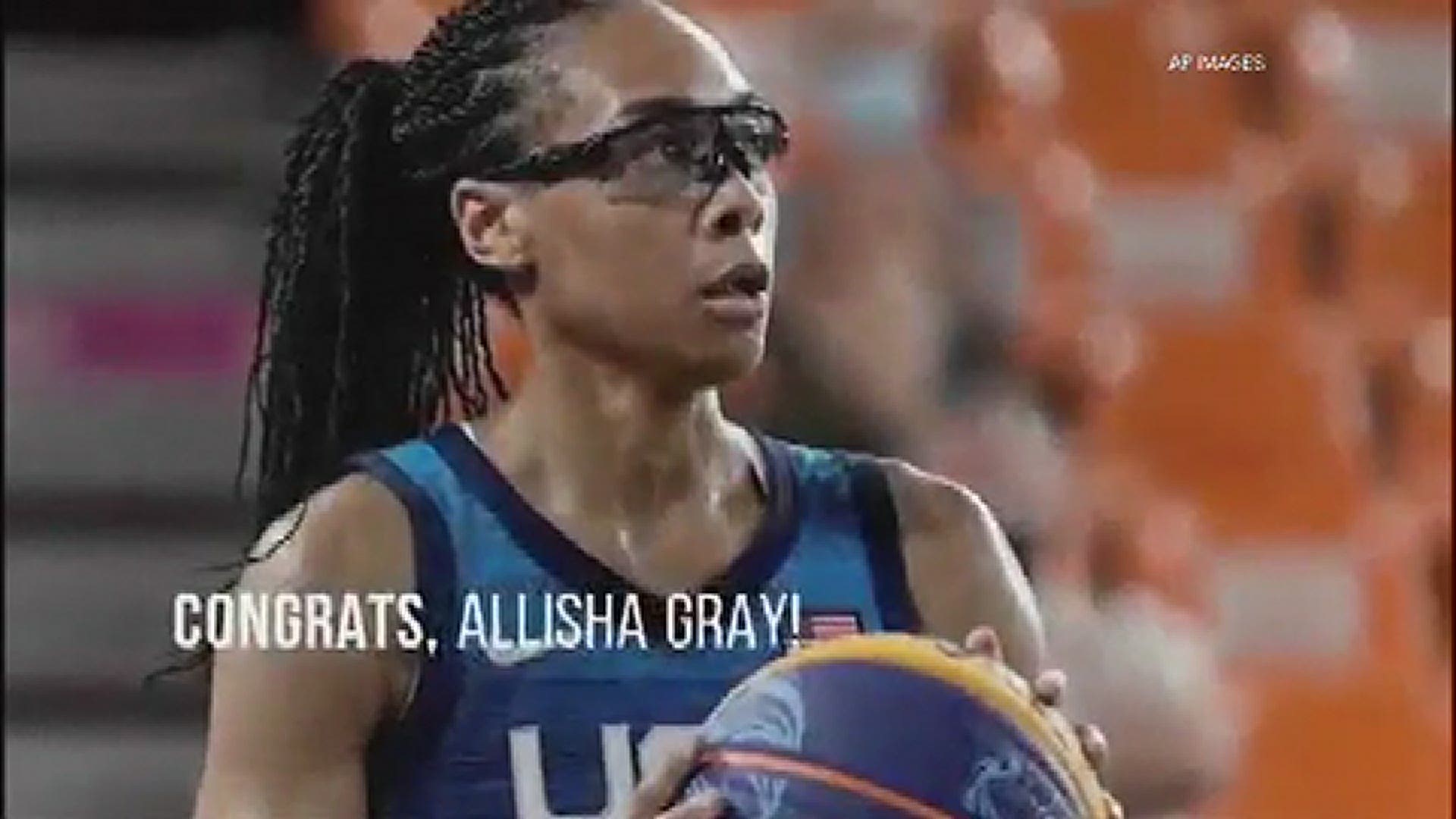 TOKYO, Japan — UPDATE: The 3x3 basketball team has beaten the Russian Olympic Committee team in the gold medal game. The score was 18-15. Georgia native Allisha Gray contributed four points and five rebounds on 2-of-4 shooting and 2-of-4 free throws.

In 3x3 basketball, shots count for 1 and 2 points unlike 2s and 3s in regular 5-on-5 basketball; free throws still count for 1.

Watch the video below to see highlights from the gold medal game!

Georgia native Allisha Gray and the U.S. women's 3x3 basketball team will go for gold after advancing out of the semifinal early Wednesday morning with a highly impressive win over France.

The French came into the Olympic tournament the No. 1 ranked 3x3 basketball team in the world - and the U.S. beat them twice, first on Saturday in a preliminary round game and then again this morning in the semifinal in an 18-16 nailbiter.

The gold medal game against the Russian Olympic Committee team is scheduled for 8:55 a.m. ET. You'll be able to watch that contest here.

In the semifinal win Gray, a Washington County native, tied for the team lead with six points on 4-of-9 shooting and 2-of-3 free throws (points in 3x3 basketball count for 1 and 2, as opposed to 2 and 3 in full 5-on-5 basketball; free throws still count for one point).

Gray also added four rebounds and a blocked shot in the contest.

The 3x3 basketball format is making its Olympic debut in Tokyo, and Team USA will now be looking to secure the first gold medal that will ever be awarded in the sport (the men's 3x3 final will happen about an hour after the women's final).

Gray, who was the 2012 Georgia Gatorade Girls Basketball Player of the Year for the Washington County High School Golden Hawks, has been a key cog for the team. She was one of the team's two leading scorers in a narrow win over China on Monday, and joint-leading scorer in a close win over Italy that day as well.

The Russians went 5-2 in pool play before beating China in the semifinal 21-14.