It happened in the late morning. 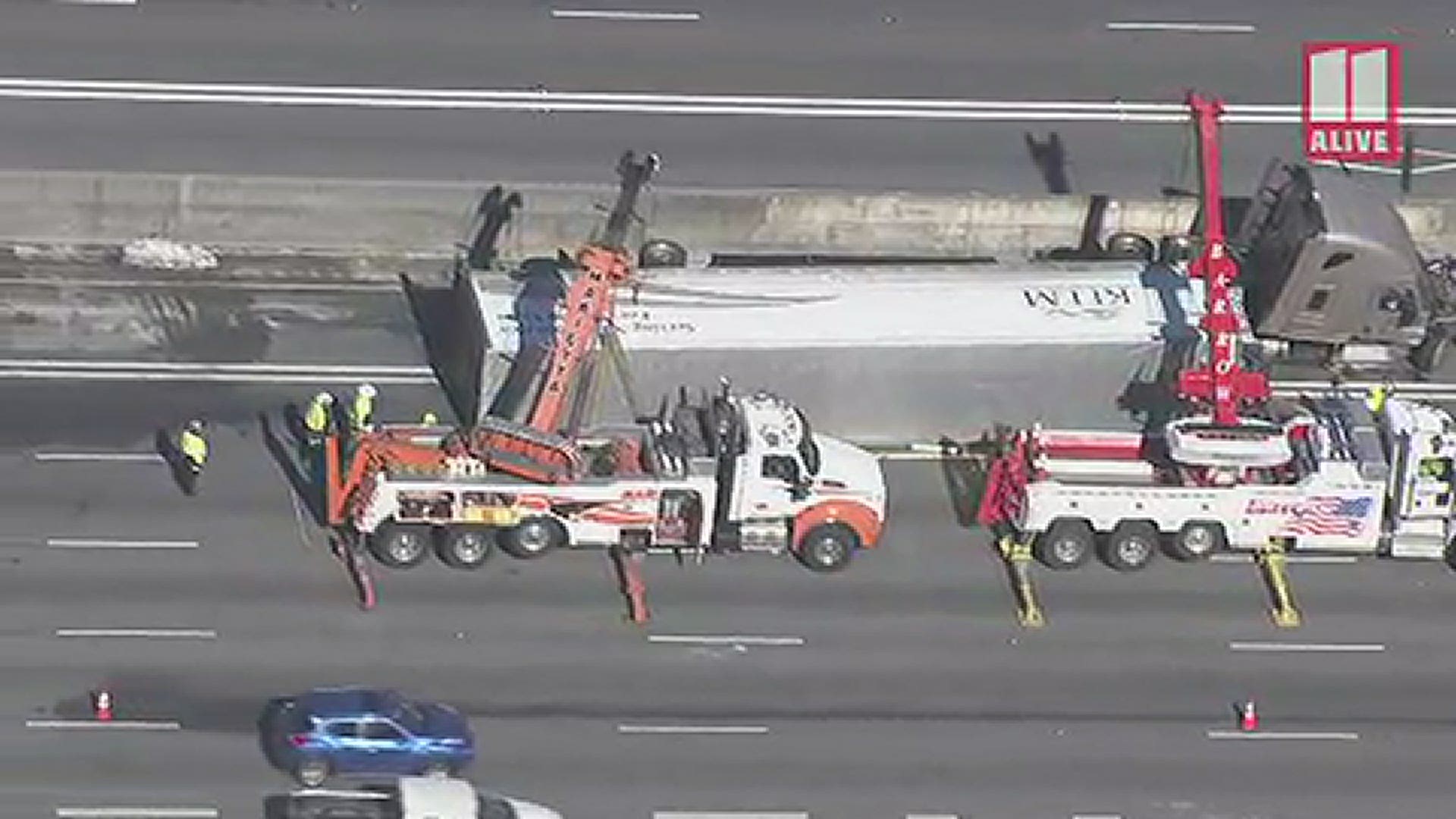 A wreck has left only two right lanes open on I-85 North at Lenox Road/Cheshire Bridge Road, according to the Georgia Department of Transportation.

"Only two right lanes are open. Motorists should avoid travel in this direction or expect delays," the 511 service tweeted.

The wreck involved an overturned truck.

There is an accident on I-85 N past Lenox Roadd/Cheshire Bridge Road. Only two right lanes are open. Motorists should avoid travel in this direction or expect delays. #ATLtraffic #Fulton pic.twitter.com/qcvvgGNA0y

Ice was an issue around Atlanta roadways again earlier in the morning, with at least one significant closure so far.

It has now reopened, but 11Alive Traffic Tracker Crash Clark reported the I-20 East ramp to I-75/85 North was closed, with ice covering the ramp and needing treatment from Georgia Department of Transportation crews.

There was also a report of an icy patch on I-575 South around Barrett Pkwy. Be careful out there with chilly conditions similar to yesterday.

A wreck caused problems down by the airport with a couple lanes blocked on I-85 South past Cleveland Avenue, but that has reopened.

Another wreck which might have been ice-related gummed up the Buford Spring Connector heading south, with all lanes blocked back at the entrance at Sidney Marcus Blvd. That has since reopened.

Police said this wreck caused a person to become entrapped in their vehicle. First responders had to carefully cut them out of the car, but they were fortunate to have only a leg injury.

ALL CLEAR: Good news as the Buford Spring Connector SB is back open after a two plus hour shutdown at Piedmont Road. Use caution driving as icy conditions are still being reported around the metro area and outside I-285. #MorningRushATL #11alive pic.twitter.com/QaRTKANros

Sidney Marcus Blvd. is also dealing with a second, separate issue up the road with a flashing four-way stop at Adina Dr.

Heads up as you make your way around the QuickTrip off Sidney Marcus, 4-Way STOP. #MorningRushATL #11alive pic.twitter.com/0B491CA1zy

There's also a train stuck on the tracks stopping things in downtown Kennesaw:

Heads up Kennesaw, think we've seen this before once or twice. @11alive @11AliveTraffic #11alive #MorningRushATL https://t.co/tvmhdXQfPk