Police said there appeared to be no other injuries in the single-car wreck. 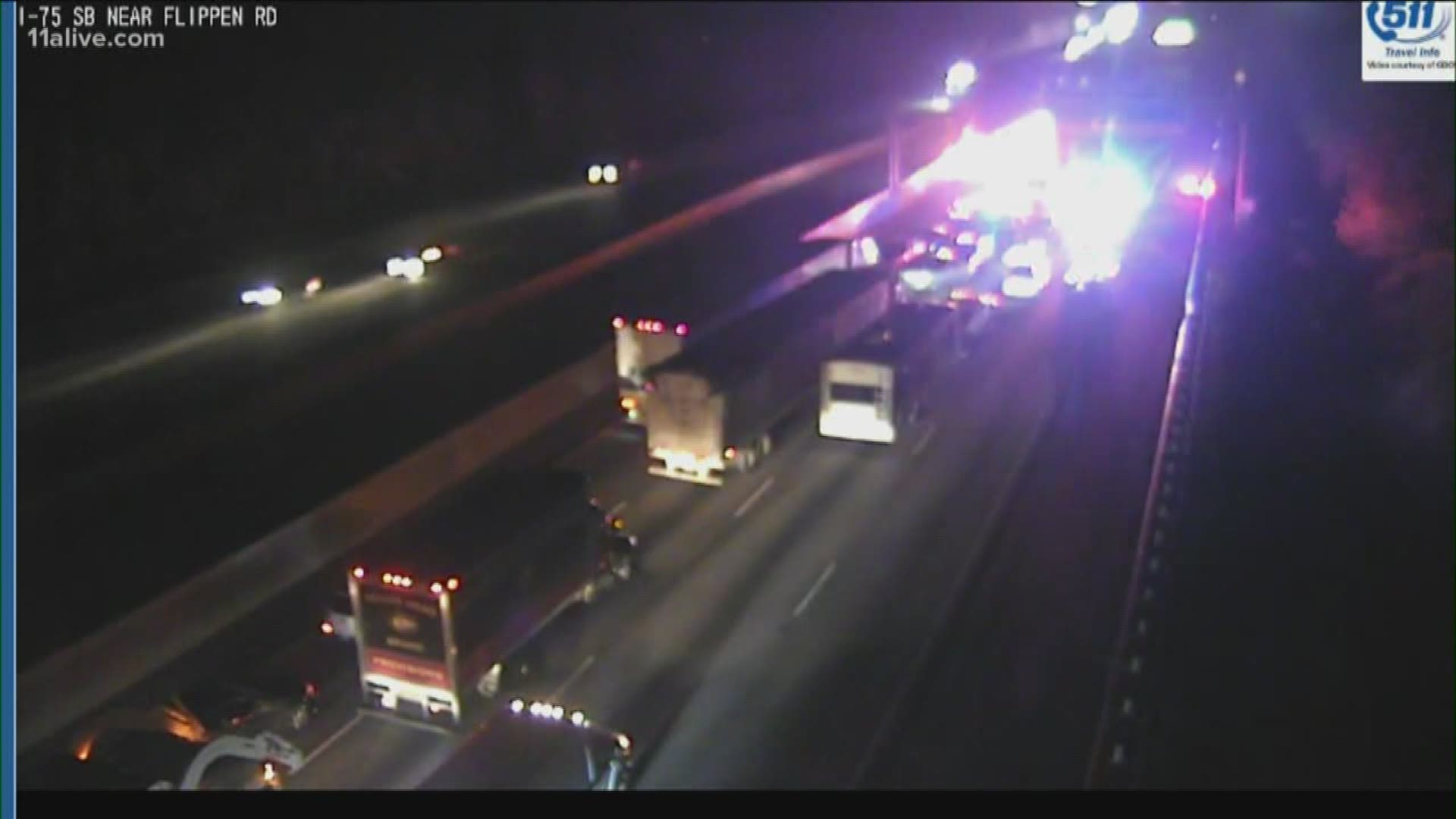 HENRY COUNTY, Ga. — Police have confirmed that a single-vehicle wreck in Henry County that has backed traffic up on I-75 South involved a fatality.

The wreck happened at Hudson Bridge Road. Traffic cameras show drivers moving slowly through a single open left lane on the roadway, and backup as far as Walt Stephens Road.

Police said there were no reports of other injuries at the scene.