Some of these storms could turn severe with damaging winds and an isolated tornado. 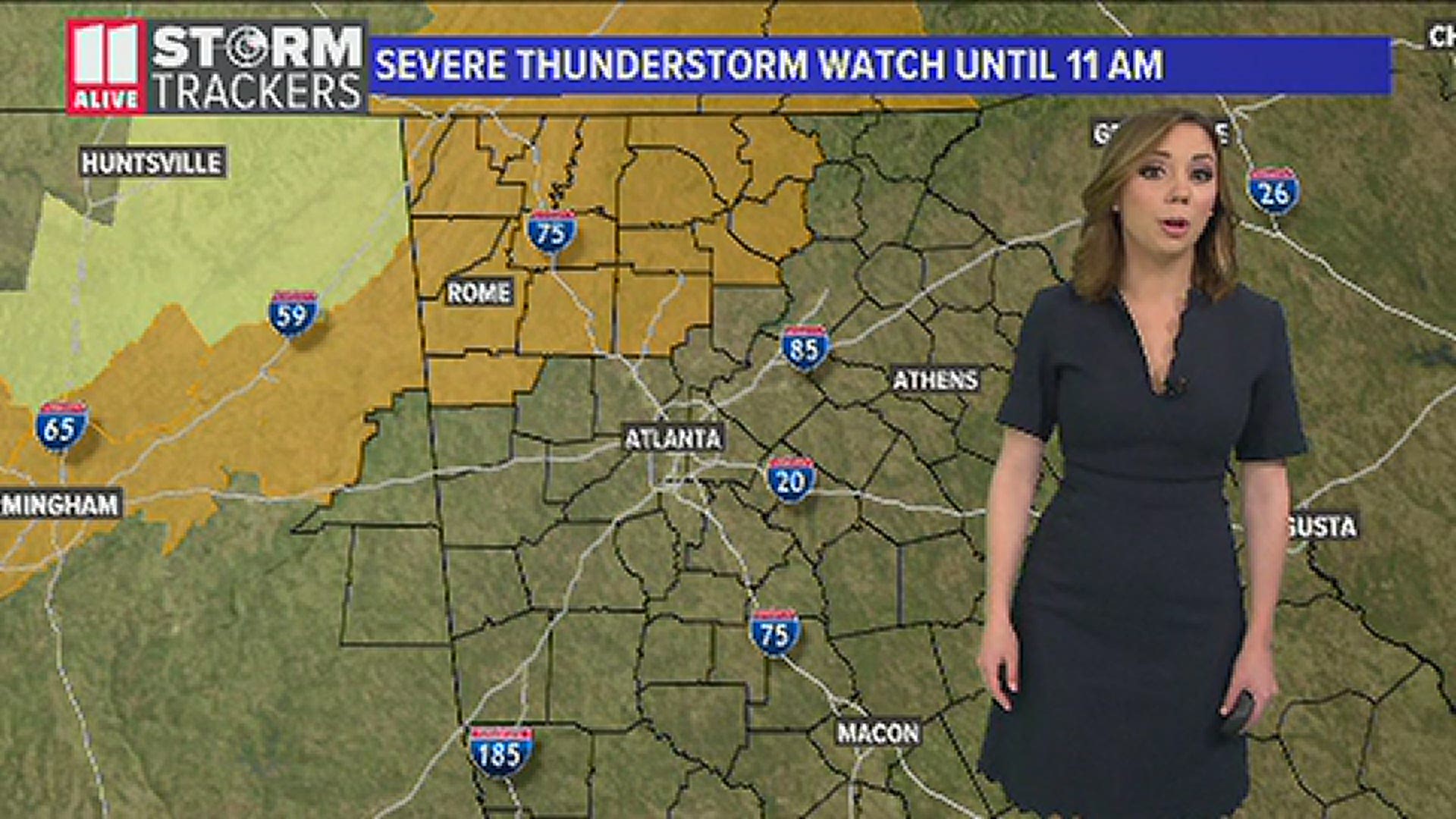 ATLANTA — We're tracking another round of storms that will impact north Georgia on Palm Sunday. Some of these storms could become strong to severe.

The Storm Prediction Center has placed our area at a Level 2 (out of 5) risk for severe storms. Not every storm will necessarily be severe, but several of them could be with damaging straight-line winds in excess of 60 mph.

An isolated, brief spin-up tornado is possible. Storms will also bring with them lightning and heavy rain that could lead to flash flooding with creeks, streams, or roads with poor drainage.

Critical timing is Now to 2 p.m., but storms could happen outside that window on either side, too. Here's the forecast track, showing the timing.

Sunday 9 a.m. - By mid-morning, that line of showers and storms is moving into the top side of the Atlanta metro area. As this line moves further south and east, we'll continue tracking the potential for some to be strong to severe. But we do expect an overall weakening trend.

RELATED: These are the 10 EF-4 tornados that have impacted Georgia since the 1950s

Sunday 12 p.m. - Around mid-day, showers and storms will continue pushing through the east and south side of the metro. Some could be strong to severe, but the line should be in an overall weakening trend.

Sunday 3 p.m. - Storms have finished clearing the area. The rest of the afternoon is breezy with a clouds/sun mix and temperatures in the 60s.

Rain totals will be 1 to 2 inches in some areas. This will be falling on already saturated grounds. This will have a higher tendency to run-off rather than be absorbed into the ground. For this reason, we'll likely see creeks and streams running high. And roads with poor drainage could have flash flooding.