Boosie, whose real name is Torrence Hatch Jr., is outspoken on social media platforms, and it was his words that put him in the center of controversy. 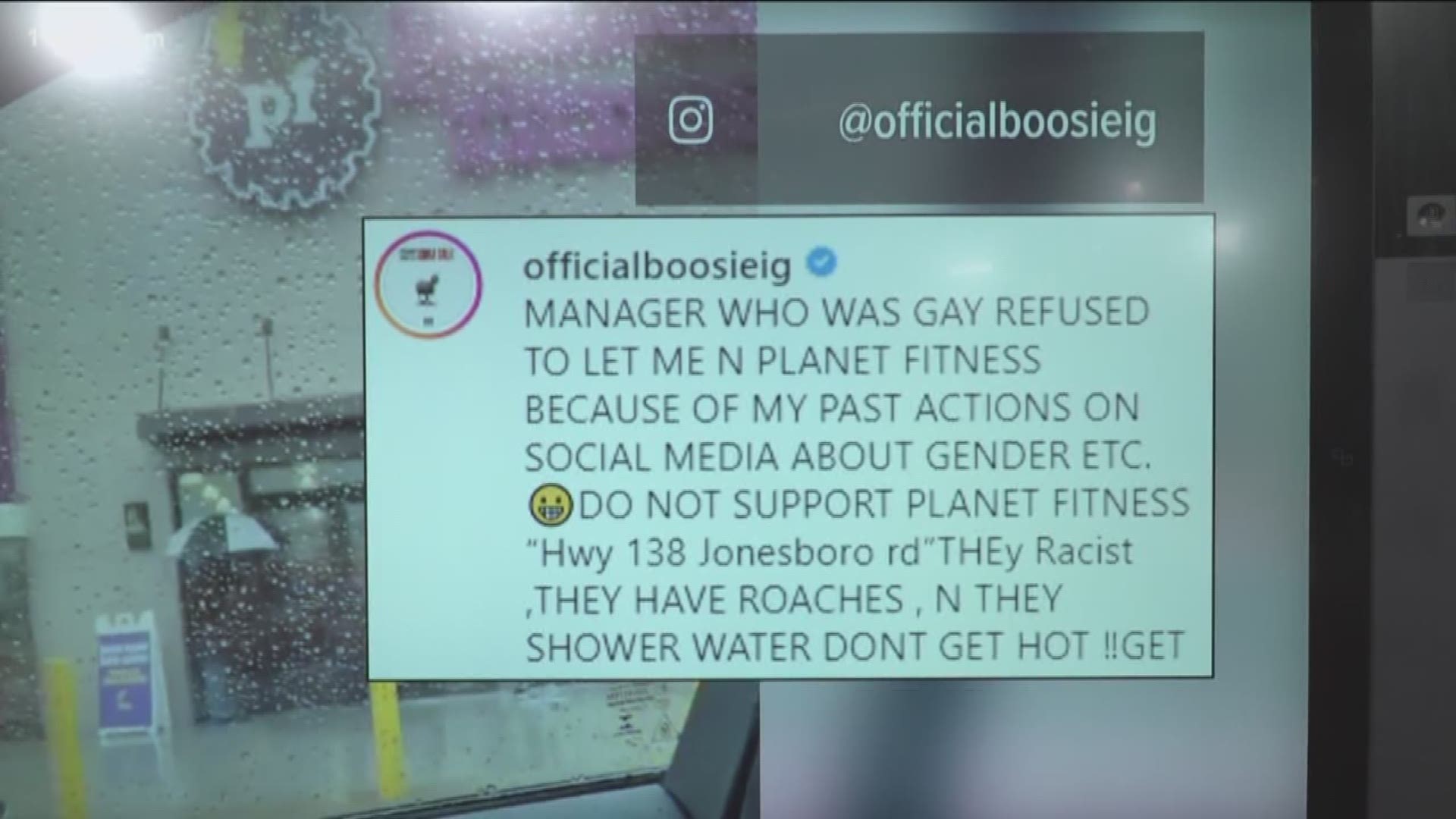 ATLANTA — Rapper Lil Boosie won’t be working out at Planet Fitness because he allegedly got the boot.

The Atlanta resident and performer went to social media moments after he was apparently told to leave the popular gym's Jonesboro location.

Boosie, whose real name is Torrence Hatch Jr., is outspoken on social media platforms, and it was his words that put him in the center of controversy. This came after he responded to news about NBA baller Dwyane Wade’s child Zaya Wade now being addressed with female pronouns instead of male.

“Dwyane Wade, you have gone too (expletive) far. That is male …. a 12-year-old. They don’t have (expletive) figured out yet. They don’t know where they next meal come from,” Hatch said in an Instagram video “Don’t address him as a woman, he’s 12, dog.”

Boosie’s response to the news got mixed reviews from fans and the general public. Many people claim it was simply homophobic and hateful.

Just a few days later, the rapper now claims he was told by an employee to leave the gym. Boosie responded and is now calling the gym “racist” and “roach infested.”

“MANAGER WHO WAS GAY REFUSED TO LET ME N PLANET FITNESS BECAUSE OF MY PAST ACTIONS ON SOCIAL MEDIA ABOUT GENDER ETC.😀DO NOT SUPPORT PLANET FITNESS “Hwy 138 Jonesboro rd”THEy Racist ,THEY HAVE ROACHES , N THEY SHOWER WATER DONT GET HOT,” Hatch wrote on Instagram.

11Alive reached out to Planet Fitness and a spokesperson for the company provided the following statement:

“Planet Fitness does not tolerate harassment or discrimination of any kind. In this instance, a guest was asked to leave after refusing to comply with gym policies and harassing club staff. We are the home of the Judgement Free Zone and as such, we have policies in place to ensure that we maintain a non-intimidating, welcoming environment for all of our members where everyone feels accepted.”

Wade, who is currently promoting his documentary “D. Wade: Life Unexpected. spoke candidly during "The Ellen DeGeneres Show" about his experience as a father.

He said he is embracing his 12-year-old’s gender identity and educating himself on the LGBTQ+ community to provide Zaya the “opportunity to be her best self” and eventually be a voice for others.

Later that day, actress Gabrielle Union, went to social media in support of Zaya. She posted a candid video of the Dwyane and Zaya talking about “living their truth.”

“They are afraid they will be judged. I will say don’t even think about that. Just be true to yourself, because what’s the point of being on this Earth if you’re going to try to be someone you’re not,” Zaya said. "It’s like you’re not even living as yourself. That’s like the dumbest concept to me. It’s just like, be true, and don’t care about the stereotypical way of doing things are."

“I know that it can get tough. Definitely, but I think you push through and be the best you especially more recently, it’s becoming more accepting … even through hard times, you just got to push through,” Zaya added.