While in the midst of the pandemic, Zach worked tirelessly on his script with the mentorship of some of the industry’s best. 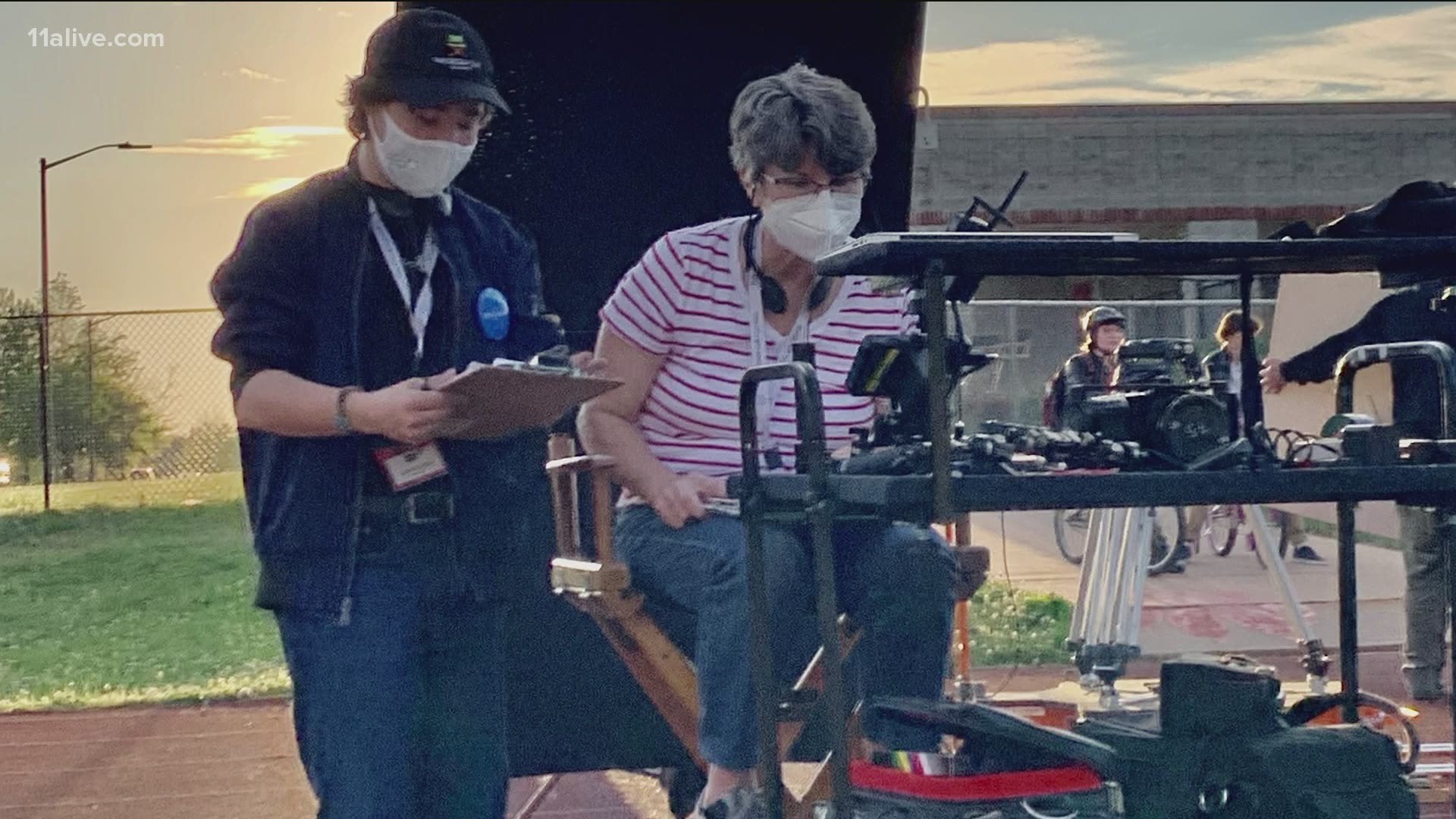 FAYETTEVILLE, Ga. — Each year, kids living with critical illnesses are granted life-changing wishes. For one special young man from Cartersville, GA, that wish is one step closer than before.

Make-A-Wish Georgia partnered up with Trilith Studios and The Georgia Film Academy to bring to life the wish of 16-year old Zach, whose wish is to create his very own film.

11Alive’s Cheryl Preheim spoke with the teen who is watching his own behind the scenes dreams come to life.

While in the midst of the pandemic, Zach worked tirelessly on his script with the mentorship of some of the industry’s best.

It is a place where creativity comes to life – for the world to watch.  Projects like Avengers, WandaVision, Guardians of the Galaxy all made at Trilith Studios in Fayetteville, Georgia.

One of the latest projects is like nothing they’ve done before.

“I want to introduce Zach, he is the writer and director of the film. Zach Breder is 16. He’s making his first film after loving movies for as long as he can remember,” Frank Patterson, CEO and President, of Trilith Studios told his staff.

“I’d write the screen play and have my friends help me act time out. We’d make all the costumes and sets. It’s always a lot of fun,” Breder said.

During the pandemic Zach, worked on his script and rehearsed with actors.

“It means a lot to me. It’s been a really long journey got get to this point,” Breder said.

He met with mentors at Trilith and the Georgia Film Academy – some of the best in the industry. Recently, they started their work on site - from costume design – to production on his film.

“I was born with a congenital heart condition; I’ve had surgeries and it has all impacted my life a lot," Breder said.  “When I heard [the actors] do the final part, I almost cried. It has taken a long time to get to this point.”

Trilith Studio is now the place where Zach’s wish is coming to life – and the team says he has the kind of talent that could have him working on many more projects to come.